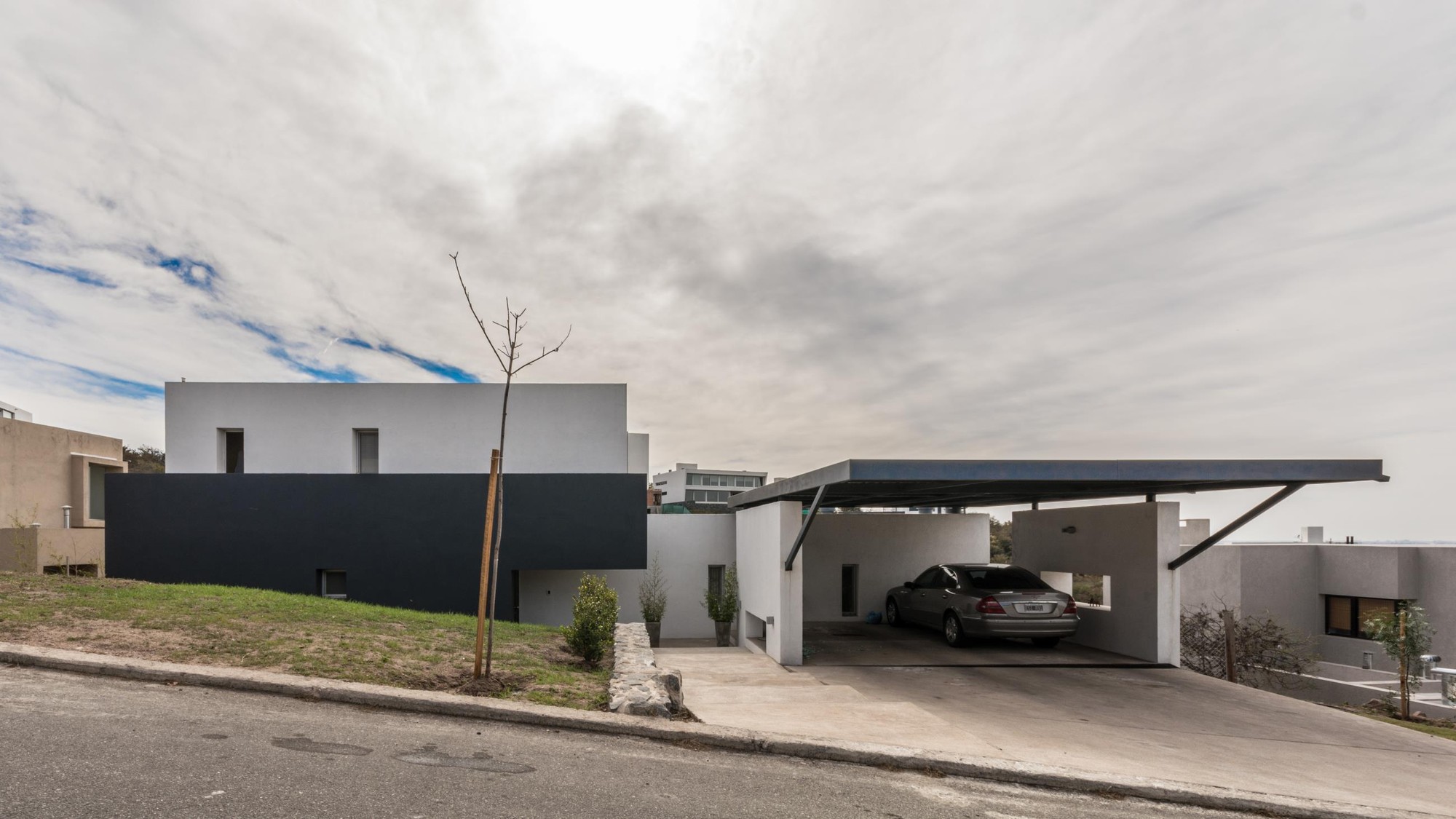 Text description provided by the architects. This single family house is located in the town of Calera, northwest of the city of Córdoba. It is a mountainous area from which one can see all the north of the city and the city center. The house has 230sqm arranged in 3 levels, a living room in the basement, the social area and one bedroom on the ground floor, and the suite on the upper floor, leaving an accessible terrace overlooking the city.

Conceptually, the house was conceived as a large social space that houses kitchen-dining-living room, where the staircase appears as a sculptural element, which was materialized with reinforced exposed concrete and presents a structural challenge as its only points of support are at the start and at the end upstairs.

Taking advantage of the good orientation and views, it was materialized fully glazed to the north, with an overhang that protects this facade. The grand opening of this facade creates the possibility of turning the entire interior space into a partially covered space as a gallery, having direct contact with the outside.

The outward expansion was proposed as a terrace due to the large level difference in the site, with different sectors, shade, solarium, terrace with loose gravel, and a square pool 2 levels deep, which is structurally cantilevered over the lower area of the site.

The link to this expansion is through a large staircase, which due to its width generates a living space on it and offers a good place to contemplate the views.

Climatically, energy savings were proposed due to the entry of sunlight in winter throughout the house, through the north-facing glass facade, and avoiding heat loss to the south, with a very opaque facade, giving not only climate protection but also privacy to the house. In summer the entry of sunlight is prevented with the overhang which protects the north facade, and the heat gain through the wall on the west is diminished due to the double brick wall design with thermal insulation inside.

The entire house is contained in a single volume with clean lines, with a stripped down aesthetic, with a plane of a different color and texture attached to it that generates the access, and a series of planes that generate the double garage.