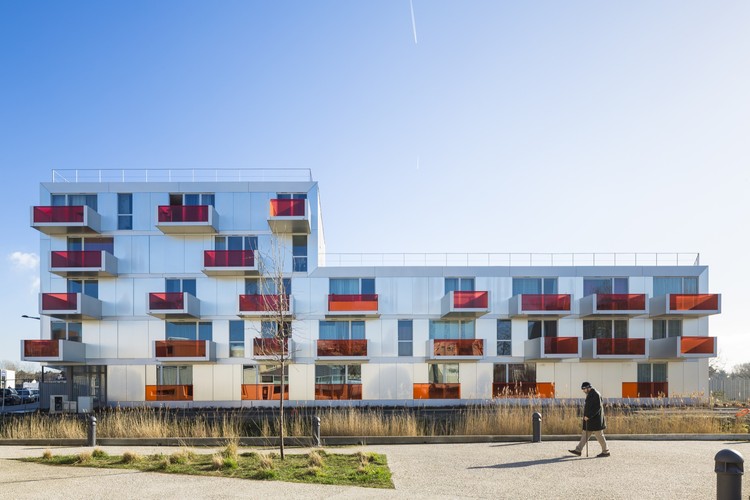 Text description provided by the architects. Urban yet bucolic, this project rounds out the urban renewal of the Courghain district in Dunkirk's suburbs. The venue is divided between the very city-oriented square of the same name and a watergang (a small Dutch-like canal). All the more so because the city's urban planner called for facades on each of the surrounding streets and blocks on the square while the project only contains 57 social housing units.

The challenge consisted in applying the brief in small walk-through housing units organized around an inner meadow. The rough-hewn walls also had to lend an urban face to the project while fostering its incorporation into the watergang landscape. The units' living rooms are turned towards the center of the development and the canal, an arrangement that is accentuated by the large balconies that jut out towards the landscape in search of sunlight. Despite the project's low compactness, the envelope is so effective that the building has been classified as a low-energy consumer. With a landing between two units, it is easy to feel immediately at home. 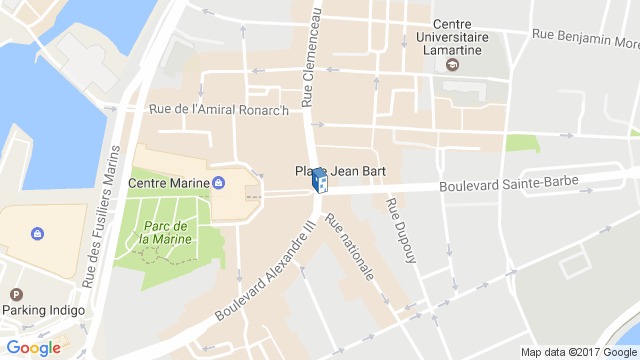