Text description provided by the architects. Twelve studios / dwellings of 42m2 and 10m2 terrace make up "City Block Center". A building in the center of the block, in Barrio Guemes, Cordoba, Argentina. Inhabited by a group of young artists, architects, designers, photographers, musicians, actors and publicists give it life. A few blocks from downtown and crossing an easement, is the access to the central courtyard of the complex where all the terraces from the apartments or studios overlook. This courtyard, decorated with vegetation, is crossed and divided into two by a semi translucent glass box containing the folded metal sheet stairs, leading to each of the units.

Despite its small areas, each studio has a terrace, materialized by timber openings with a screening designed by the author. These are floor to ceiling, sliding open to free the angle and generate a large amplitude of space and indoor / outdoor fluidity. This fluidity is based on the author's idea of community housing.

The materialization was concrete. The reinforced concrete structure of slabs, beams and columns was left exposed, seeking for the rusticity that gives identity to the place. Circular columns increase the spatial fluidity, solid concrete slabs with a peculiar finish that can be seen in photographs.

The rest of the building, openings, components of the enclosures, railings, and everything else is dry and light construction. A metal structure is also developed to generate the private terraces and covered common circulations.

The interior facade is the single and most important one, as the project is between party walls. The guayubira wood envelope lining almost the entire facade on the three levels is the distinctive and authentic image of the place, creating situations of more or less privacy and constant changes in light and shadow. This wooden skin generates at night the lighting for the interior courtyards from inhabited units. This allows the building to have a steady indoor-outdoor relationship.

The terrace was intervened to close the project, there is the pool, a garden and a meeting space with bar / grill built from boards and phenolic residues that survived many concrete pours.

The site proposes the feeling of a beach inn more than a permanent residence.

GRONcho is the title of the building's crown: a grill with a workers inspiration. This is now the meeting place around the fire for artists seeking inspiration in "City Block Center" and the place for more than one massive event. 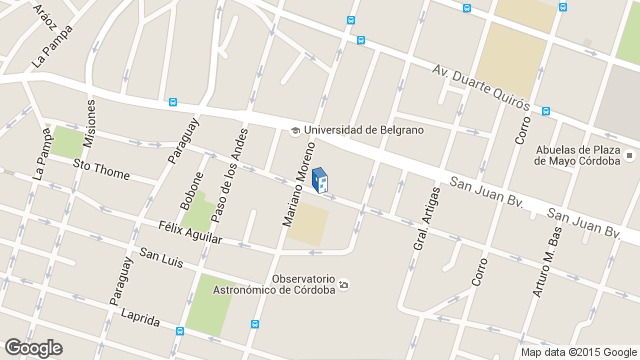 Location to be used only as a reference. It could indicate city/country but not exact address.
Share
Or
Copy
About this office
Pablo Dellatorre
Office
•••