In an article for the London Evening Standard, Robert Bevan examines one of the many often overlooked consequences of conflict: the destruction of monuments, culture, and heritage. With heightened conflict in the Middle East over the past decade an enormous amount of "cultural genocide" has occurred - something which Bevan notes is "inextricably linked to human genocide and ethnic cleansing." Arguing that "saving historic treasures and saving lives are not mutually exclusive activities," case studies from across the world are employed to make the point that with the loss of cultural heritage, most commonly architectural, the long term ramifications will resonate throughout this century.

Attacks on a community’s history — its cultural identity and the ancient monuments that bear witness to centuries of presence — are calculated. They say you do not belong here and never did; your churches, your Sufi saints’ shrines, your Shia mosques will be swept away so that you are terrified into leaving and are never tempted to return.

Read the article in full here. 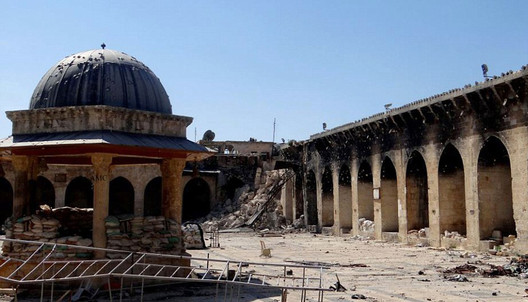