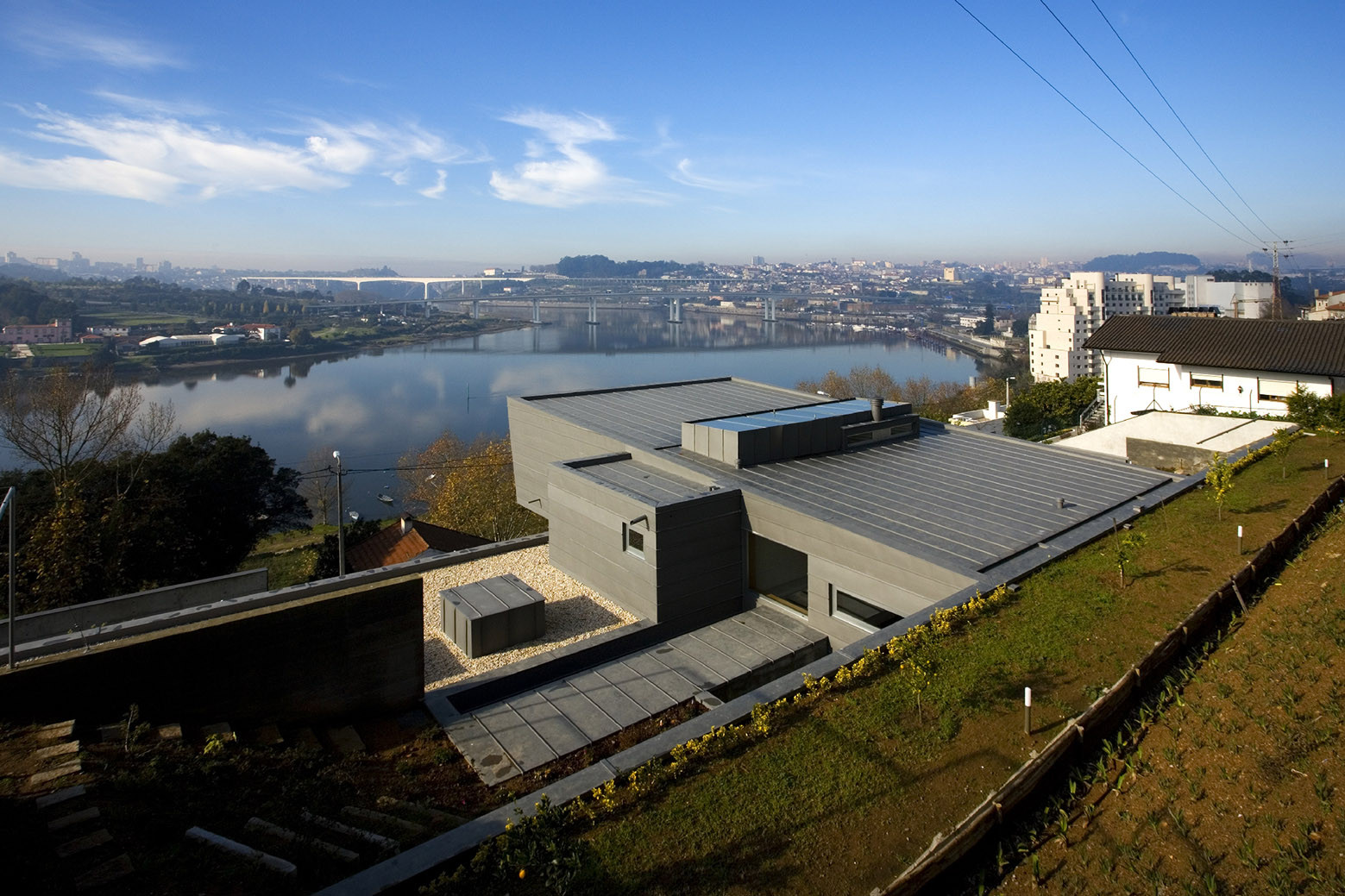 Text description provided by the architects. A visit to the site caused an immediate, negative impression.

Such a chaotic place, the result of a lack of planning, casual unauthorized development, or simply bad taste and an absence of culture.

What could have led the Clients to aquire this site? Why?

The need to separate the project from its neighbouring context, immediately justified the direction to be taken.

The site, is just off the main road which brings one quickly to the heart of the city of Oporto, but its character is in the landscape of the river Douro, and its bridges and the almost possible view of the sea.

The Client’s enjoyment of the site was evident, as was their dislike for its immediate context.

So the necessity for abstraction and separation was evident.

It was my role to find the form of that abstraction.

The Project for and the construction of the house, its name being derived from its location, is just that. A great emphasis on the landscape, the terrain’s difficult topography and an abstraction from its immediate context, seeking forms and architectural content that would deny the context, even forget it.

Planes were necessary to organize the living areas, both inside and out.

They were built; retaining walls, which create enclosure and form the house.

Walls parallel to the slope and perpendicular to it, helping each other and in between those walls, spaces were created, spaces for life, spaces for light which enables life.

The programme, which was very hierarchichal, suggested different contents, different kinds of experience. On the ground floor is the social area, subdivided to be enjoyed by the family, relations, friends and visitors. On the upper floor, there are three bedrooms cantilevered, with a privileged enjoyment of the landscape beyond. In between these, are the two guest rooms.

Volumetrically there is almost only the cantilevered body of the bedrooms.

Sitting on a stone clad wall, its overhang shades from the direction of the penetrating setting sun, always wonderful, always different.

Outside, the upper plane platforms become orchards and the lower external platforms relate directly to the interior, enjoying the landscape.

As elsewhere, fundamental to a good, rational and healthy process, was the quality of the Clients. This is, and was, fundamental. The rest is professionalism and the co-ordination of various other professions.