Text description provided by the architects. Located in Naples, the Piazza Garibaldi, designed by Dominique Perrault Architecture, is one of the most important and complex transportation hubs in the Neapolitan transportation system. This infrastructure project, which includes a metro station, offers the opportunity to upgrade this lively urban space bustling with activity. More images and architects’ description after the break.

Though structurally and materially different, the new roof fits right into the alignment and the extension of the central station’s roof.

Composed of a series of eight metallic trees, in simple variations of three patterns, creates a framework resembling clusters of knotty and flexible bamboos talks. The covering is a vast prismatic surface composed of different types of perforated metal in varying densities, whose appearance is constantly changing. 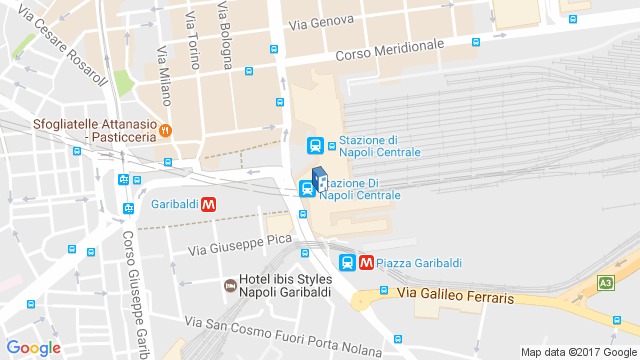