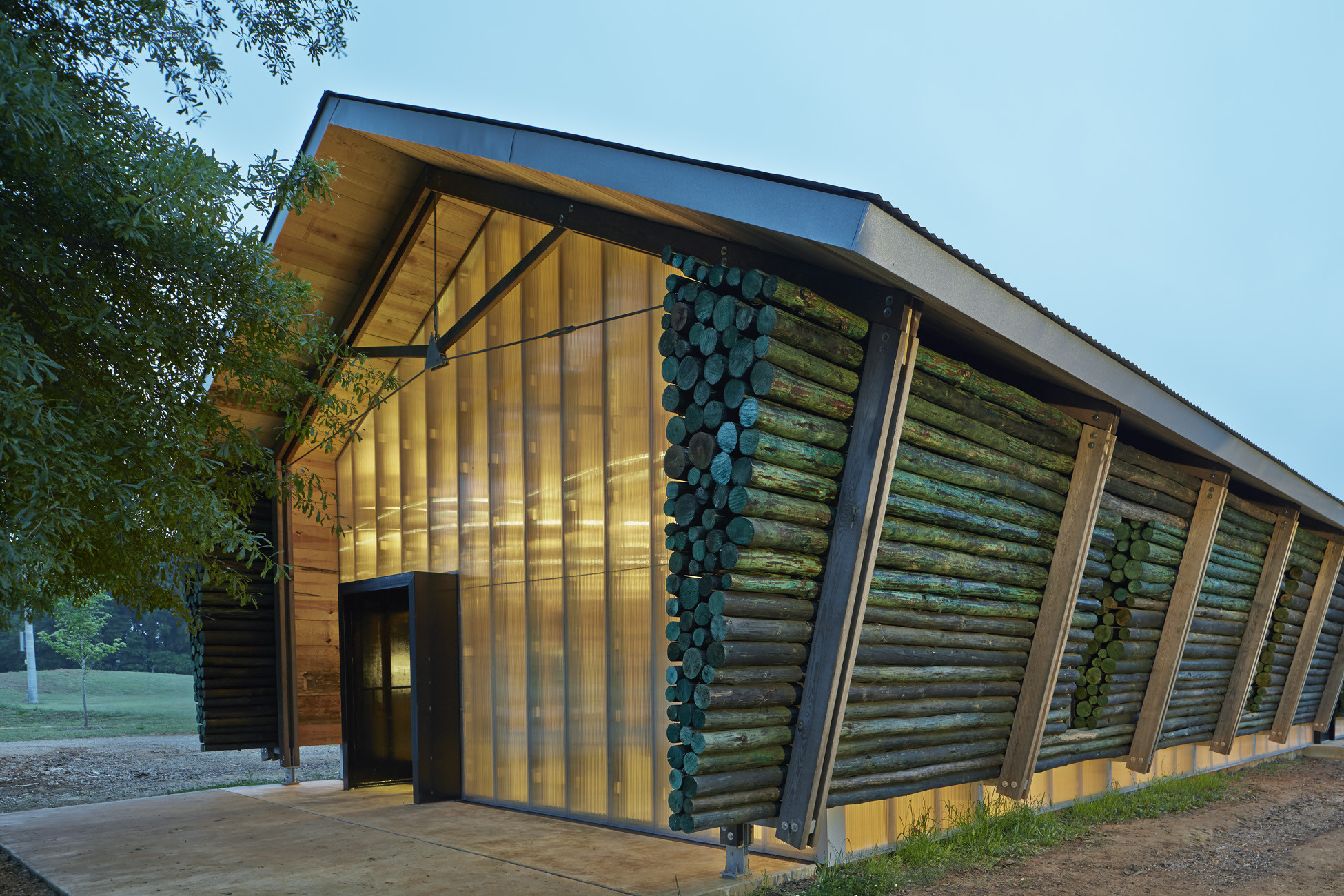 Text description provided by the architects. The Scout Hut project was started in 2011 as the fifth phase of an ongoing Rural Studio project at Lions Park in Greensboro, AL. at 40 acres, Lions Park is the largest recreational park in the city of Greensboro. Since 2005, Rural Studio has worked with the City of Greensboro, Hale County and multiple recreational organizations to redesign and renovate Lions Park. At present, work includes the creation of baseball fields, restrooms, infrastructures such as benches and trash receptacles, a concession stand, skate park, playground and extensive landscaping.

Throughout the renovation of the park, the local Boy Scout and Cub Scout troops have helped maintain the park by tidying up trails and clearing out undergrowth. The troops currently meet in a building that borders Lions Park, in a room that serves as a conference room for the local Fisheries research unit.  As a means of bolstering their membership and to encourage a diversity of members, the scout troops were interested in creating a new, identifiable headquarters. Lions Park provided a good location in which the scouts could utilize the other amenities in the park and also continue their stewardship of the park. The new building includes a multi-purpose space, kitchen, restroom and storage space for two camping gear trailers.

The Scout Hut structure consists of ten wooden trusses, or bents, supported on slender steel footing and resting on a concrete slab. The bents are made of true dimension, rough-cut pine 2x6s and 2x8s. Stacked horizontally within the sides of the bents are logs, 2” – 8” in diameter, which function as exterior cladding and provide ballast for the structure. The logs, known as thinnings, were harvested from overcrowded forests in Alabama; they are seen as a waste product from healthy forest practices. The thinnings were treated with a copper naphthenate solution to protect against rot and insect infestation.

Through the structure of the bents, the thinnings are raised 18 inches off of the slab, functionally protecting the thinnings from insects and water and simultaneously allowing light into the building at the floor level. A band of polycarbonate panels along the base of the bents creates  ‘clere-floor’ (a play on clerestory), bounding light in off the polished concrete floor. Polycarbonate panels and steel studs also form the two end walls running perpendicular to the log-filled walls. The interior of the bents is lined with 1x12 rough-cut pine boards. Steel boxes around the two sets of entry doors provide necessary shear strength. A gypsum board-clad interior ‘box’ houses the kitchen, restroom and storage elements of the program. On one end of this box, a brick surround provides space for a wood-burning stove, which heats the building during the winter month. In the warm summer months, operable windows provide cross-ventilation, which is aided my two Big Ass Fans and two roof exhaust fans. The building is not equipped with any conventional forced-air systems; this makes the building more economical to operate and also draws the scouts’ attention to the seasons and climate.

With any Rural Studio project in Lions Park, the student teams are challenged not only with their particular programmatic element, but are also asked to examine the master plan of the park. In addition to the Scout Hut, the student team also designed and built two psublic, ADA accessible restrooms. The restrooms, and attached water fountains, serve the skate park, riding arena and pee-wee football field. The restrooms, located under an existing pavilion, will be open year-round. The restrooms also include water fountains and a bulletin board for local notices and information. 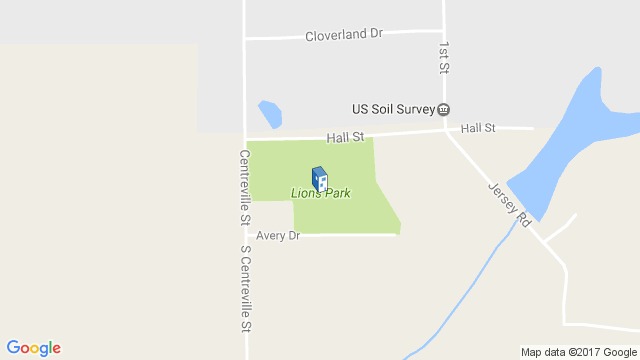 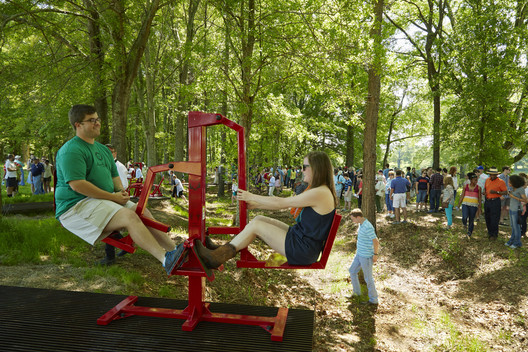