Save
Why Not Hand A Hermit Crab a Shelter?
Share
Or
Copy

How could hermit crabs teach us a lesson about world peace? In her project, titled, "Why Not Hand Over a "Shelter" to Hermit Crabs?" Japanese media design artist Aki Inomata is inspired by hermit crabs' peaceable exchange of their shells, a metaphor for the peaceful exchange of land between countries. Exploring the theme further, she designs new shelters in the shape of world cities, and provides new homes for the crabs which represent the abstract perception of changing nationalities and identities. 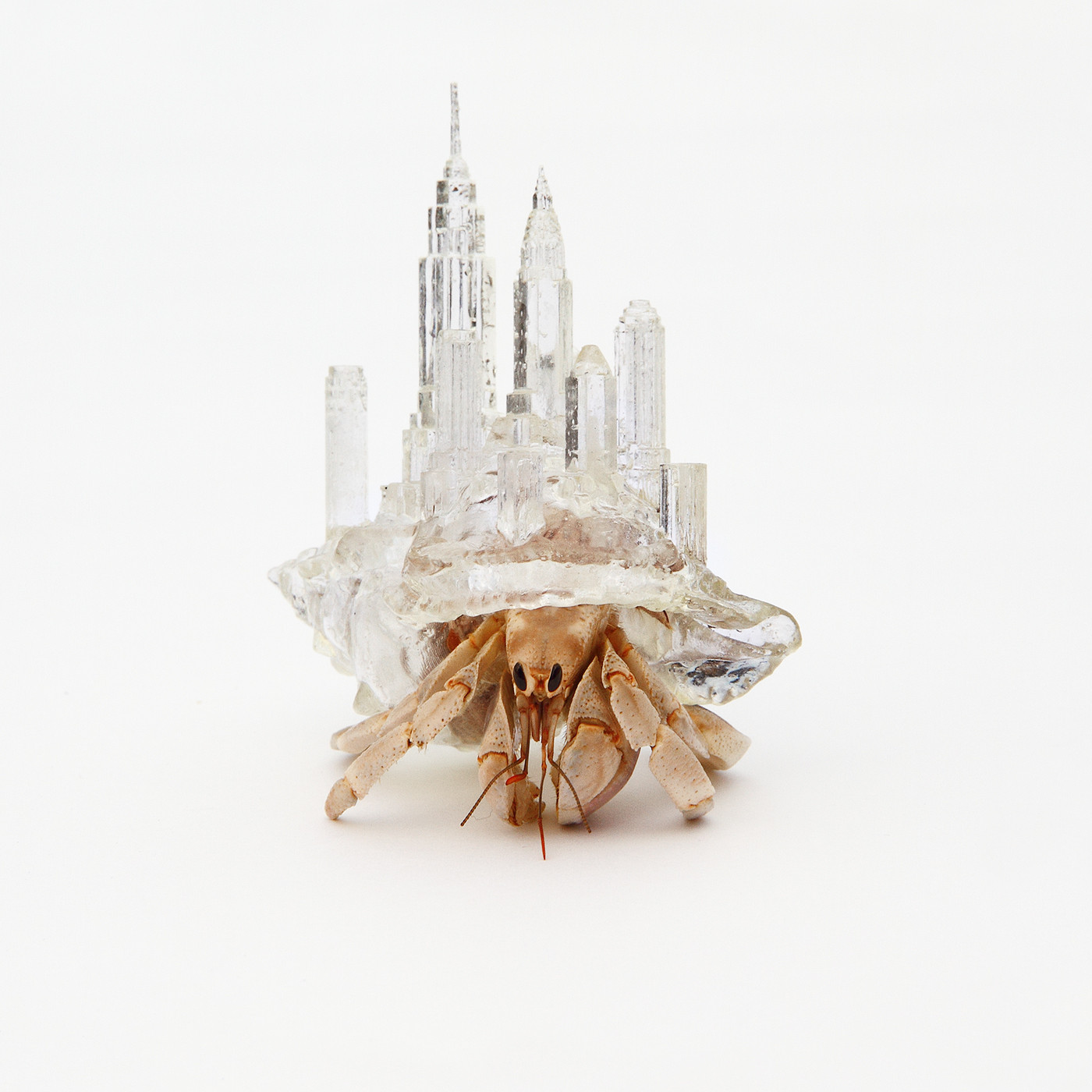 The concept for the project was inspired by Inomata's participation in the 2009 "No Man's Land" exhibition held at the French Embassy in Japan. The exhibit, a response to the fact that the land of the former French Embassy was handed back to Japan in October 2009 for fifty years before France resumes ownership, provoked deeper questions within the artist.

"The same piece of land is peacefully transferred from one country to the other. These kinds of things take place without our being aware of it. On the other hand, similar events are not unrelated to us as individuals." Thus, she explores the idea of changing nationalities through migration, displacement, and the very primal search for a physical and symbolic home. In Japanese, hermit crabs are called "yadokari," a word that translates literally to "one who lives in a temporary dwelling." These crabs became the perfect metaphor for migrants and refugees.

Using CT scans, Inomata studied the natural makeup and structure of the hermit crabs' shells, using 3DCG data to 3D-print the shelters. The shelters, about 50mm x 50mm x 50 mm in size, are designed in the shape of various cities worldwide to represent changing identities.