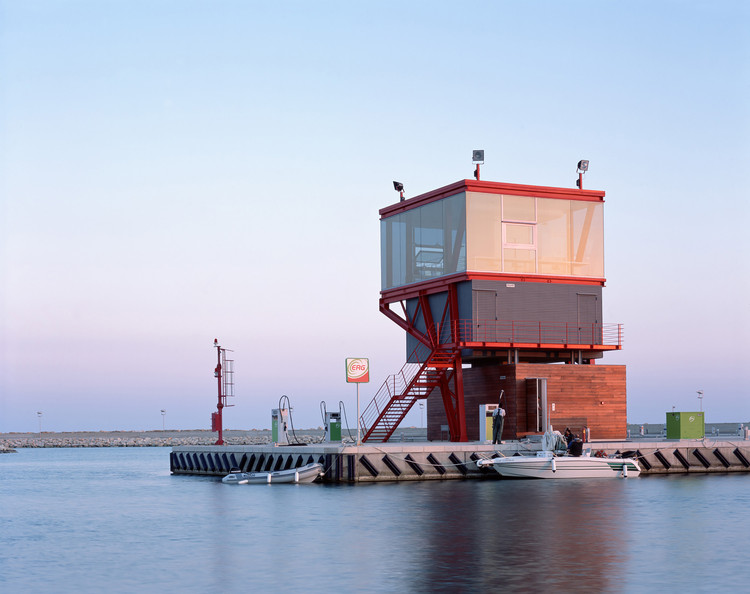 Text description provided by the architects. The Port Control Tower design process started during the works for the new tourist port in Marina di Ragusa, (Ragusa, ITA), as a consequence of the upcoming decision of the client, Ente Porto Marina di Ragusa, who was searching for a new proposal succeeding the previous one, already in progress. The client’s purpose was to produce a building that can achieve the status of symbol of the all port equipments, but of course previous scheme’s existence sets up some limits: existing foundations, volume and height permitted, budget.

New building essential qualities and features are both consequence of:

- its position on the extreme edge of the west pier which extends itself towards the centre of the sea area in front of the port’s entrance;

- its programme which regards only routes control and boats supply.

From the land the tower looks as a signal showing the boundary between quiet protected port water and stormy high seas, at night it stands as a light source for the all port area and as light signal showing route to landing. On the inside, climbing upstairs, terra firma’s view gradually gets lost up to being cancelled at the top floor. This ambiguity, produced inside the transparent box, is intentional and willing to induce a condition of lack of limits.

The building is made up of three overlapping boxes. The upper, transparent, one (C) set on two lateral supports and is meant to the port traffic control. The intermediate box (B), hang down the upper one, hosts the guardian lodgings and the stairs to the second floor. The lower box (A) is assigned to bunkering personnel. Public can come into contact with persons in charge by a large window on the south front. The central concrete pillar, which takes inside the toilets and installation block, goes through the three boxes assuring correct loads distribution.

At every floor natural ventilation is provided by the opposite position of windows on the north-south direction. The building has its own air-conditioning system to be used only in extreme weather conditions. For the top floor closings and for all the shutters have been used selective an solar control glasses.

The intermediate box (B) is built up with a steel framework, while its plug is formed with a metal light frame panelling, an insulating board, cement-fibre panels and a zinc-titanium ventilated wall. The lower box (A) is an independent concrete volume, coated with a wood ventilated wall. 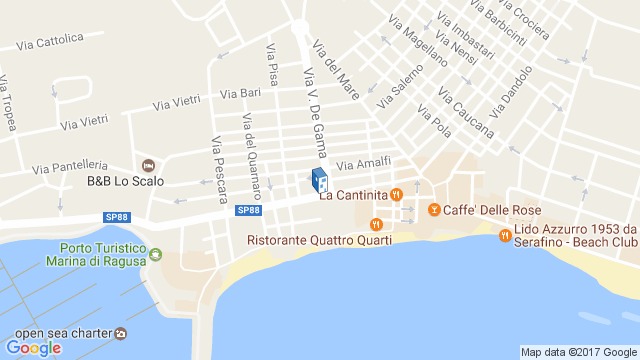