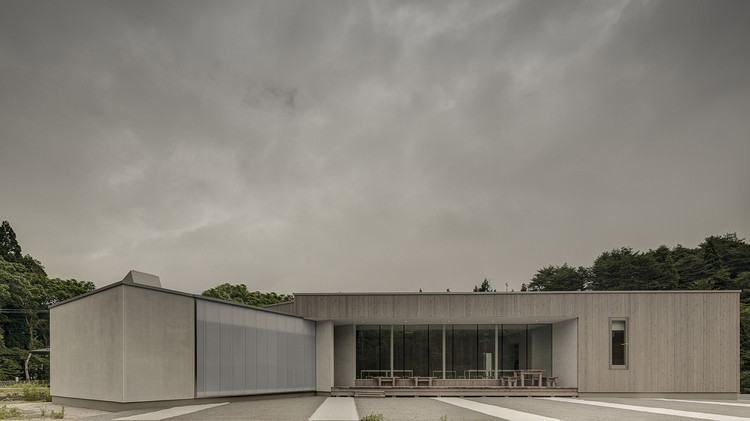 Text description provided by the architects. Yamada-machi is a town located on the central coastline of Japan’s Iwate prefecture. After a devastating earthquake and tsunami hit the town on 11 March 2011, several major companies were urged to help by a longtime friend of Yamada-machi in The Hague, the Netherlands. The companies were both Dutch and International, including the van der Architects DSM, Rabobank, The Netherlands Chamber of Commerce in Japan, PA International Foundation and Stichting 't Trekpaert. This business group decided to offer the town a facility where children would have a place to play, heal and come together. Following extensive consultations with the Yamada-machi authorities, it was proposed in February 2012 to establish an after-school house and community centre.The Foundation is named after the island where in 1643 a Dutch ship, called The ‘Breskens’ landed in the Bay of Yamada. This island was called 'Oranda-jima ('Holland Island') 350 years after the ‘Breskens’ stranded there. Build as an afterschool facility - community centre for the children and people of Yamada machi.

We believe that architecture is about movement within space. Our designs take full advantage of this mobility, and by doing so we craft an immersive experience through architecture, with constantly changing viewpoints. Our building materials are not limited to wood, metal and concrete. We also consider light, shadow, reflection, colour and silence to be crucial components.

Our experience of space has always been filtered through context. Contextual factors such as geography, climate, weather, light, materials and the structure’s immediate surroundings have always posed creative limitations. Initially, architecture was created out of its immediate surroundings. For example, if you were to build a hut, you used the trees, mud, grass and stones that surrounded you. Because of this, early architecture was grouped into a village or collection of houses with a shared sameness, contextually. We can still see examples of this all around the world.

Due to technical advances, the contextual limitations of the past are becoming less and less influential: when it is dark, we switch on the light, and when it is cold, we turn on the heater.  Construction has allowed us to create our own context. We as architects today are free to build anything, anywhere in almost any shape that we can dream up. It is ironic that despite this technological freedom, we still build hotels, office towers, shopping malls and restaurants — even the homes where the world’s population lives their lives — that all look fairly alike.

Maybe we have forgotten that there are sensitivities to our context that create and shape our identity through these spaces. Human beings — all animals, in fact — are highly sensitive to space. Perhaps we feel lonely, sad, angry, loveless or generally depressed due to our inability to satisfy a deep need to connect and retreat within a space that we can call our own.

Architecture has the ability to create possible worlds through construction. However, I think that architecture should be a manner of looking at the context again and reinforce the unique contextual elements that are there. The uniqueness should not come from the shape of the space, although this could be an element of the design as well, of course. I think that uniqueness should consider the context to be the starting point. As such, architecture will act as a modal filter of context and will help to create a space, which, when walked through, helps us experience what in the end becomes the space’s identity.

From the onset of the project we wanted to build a building where we would use local labour. We decide on a local contractor, a so-called “daiku”, or Japanese carpenter. All the people who worked on the site are from Yamada machi. We decided on using wood as from a design point of view it expresses well the image that I wanted to create with the building: a simple, silent structure, designed from the inside out. On the outside the building is clad with Redwood cedar pattern and colour will only become more beautiful over time, which I thought was important given the fake-plastic look many Japanese building have.

I believe that architecture should always start from a promise that unfolds around us as we move through space. In the beginning, architecture was nothing more than an enclosed area, a container of — and platform for — human activities. As such, architecture’s beginnings were rather pure and simple. But on a different level, there is always another, higher promise of contextual sensitivity: our experience within the space.

Studies have shown that daylight is extremely important for the mental well-being of occupants. The building is positioned in such a way that daylight during the winter months will fall deep into the building, while during the summer months an overhang will provide shade. The children will use the space from three o'clock in the afternoon until five or six in the evening. It is during these house that the sun will provide most changing lighting conditions within the building. On the west side we have placed above a wooden corner bench a mat-white polycarbonate window. Behind this window are trees and the orange light of dusk will cast beautiful shadows on this polycarbonate panel, not unlike patterns seen in Japanese rice paper screens. My thought has always been that architecture should enhance it's context and I believe that the way the light travels through the building and changes the lighting during those hours will create a quiet, theatrical play that consciously or unconsciously have an effect on the children's well being. 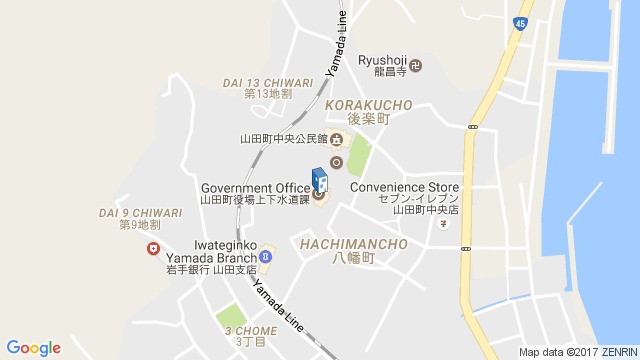 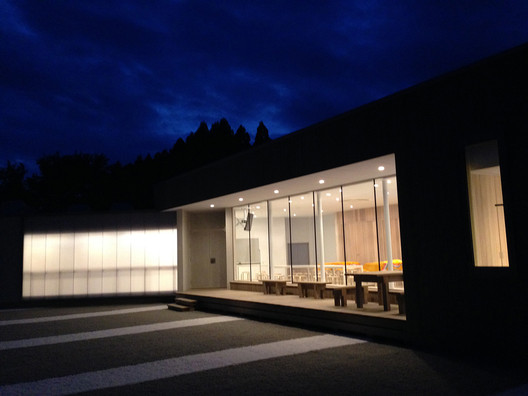 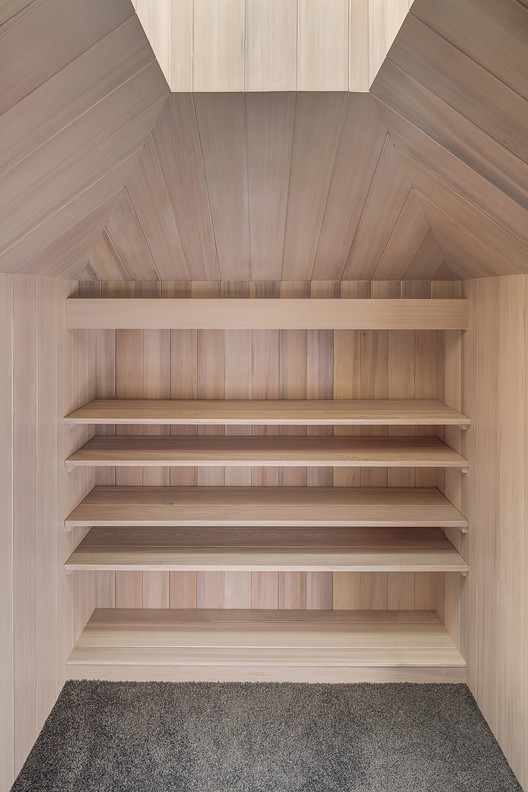 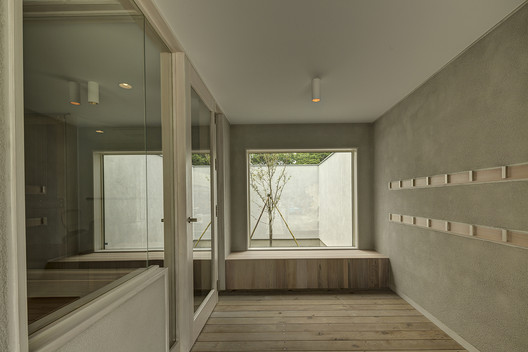