Save
Alberto Seabra Project / Base 3 Arquitetos 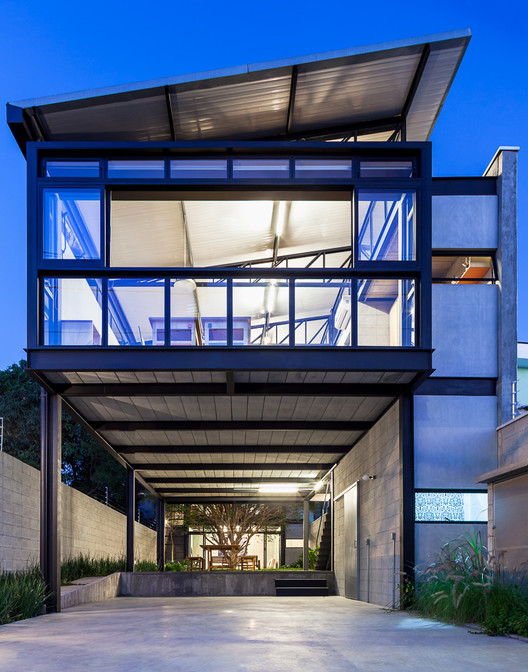 Text description provided by the architects. This project was born from a client who needed two programs in the same building, workspaces and a residence that could be used in the future by their children.

Thus, we made a quite rational design, with large and flexible spaces in terms of use. The idea was to develop a living room that could easily turn into a work studio.

Today, in fact, there is a graphic design company and a psychology office working there.

The project decisions regarding the structure and finishes, were made based on our interest in making a building as close as possible to an industrialized system. This decision, in addition to giving us greater control during construction, allowed us to better gauge the cost of the project.

We seek to ensure, as far as possible, than the budget at the beginning of the process is maintained until the end of the project with little variation. In this case, the final cost of the project was 7% higher than estimated.