Save
"Atelier of the Future" Competition Results Announced
Share
Or
Copy 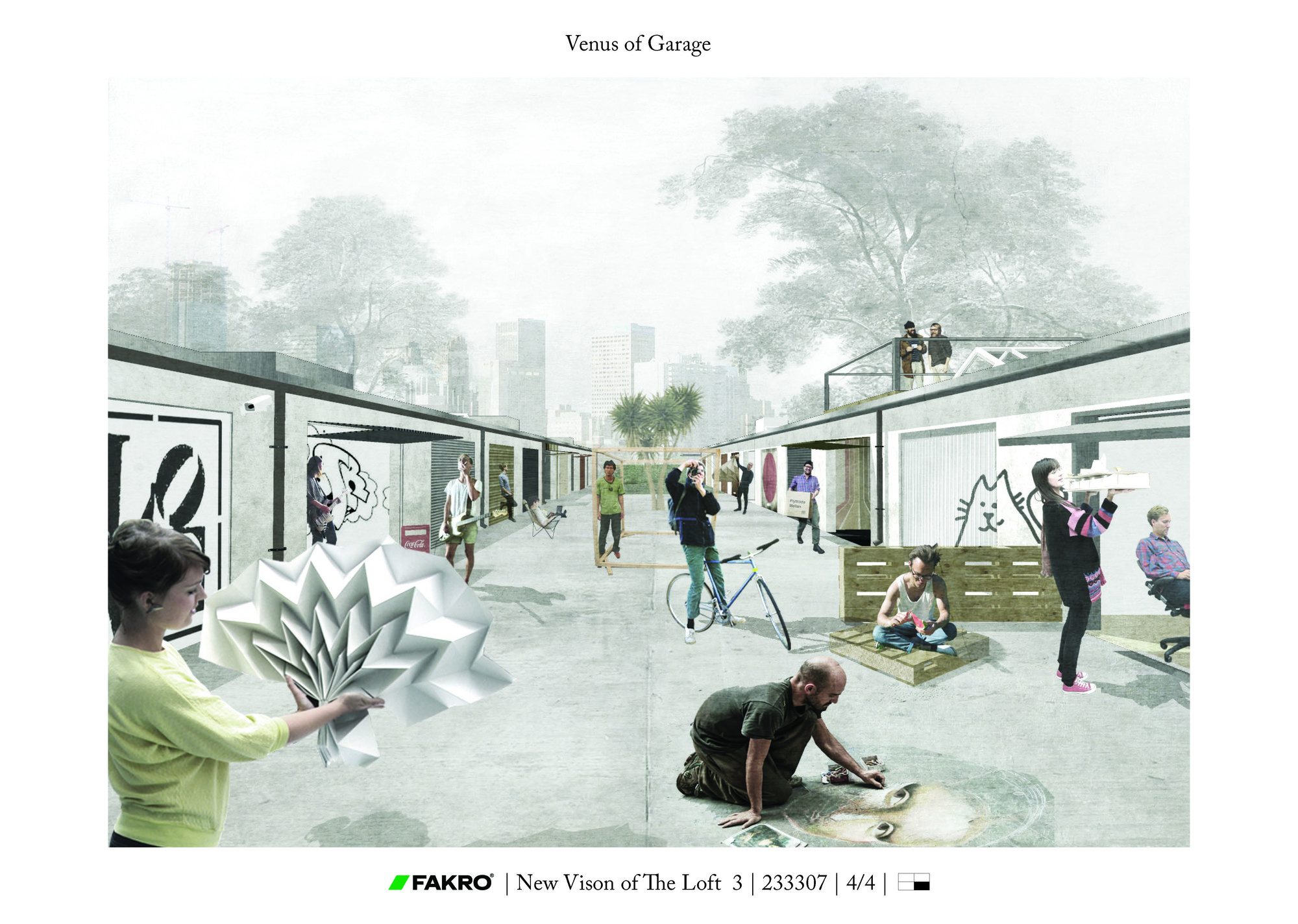 According to the brief, the definition of an "atelier" is:

"a room, or even a complex of rooms, the goal of which is to create a workspace for one or more artists. The term can apply both to large, glazed galleries and intimate spaces for creative work, distanced from the hustle and bustle of the city. To fulfil its function, the atelier sometimes needs the maximum amount of light, while at other times it must be entirely obscured, hidden from the world."

The "atelier of the future", according to their definition, is "a place where creative spirit meets with a number of innovative solutions. The place that can provide conditions for artists and architects to realize their visions."

From the jury. Real creative minds don’t need artistic spaces, specifically. What they need is space that empowers them to take chances in the world around them. Preferably at low cost, low carbon footprint, great accessibility and robust room for experiment. After all, Apple was founded in a garage space offered by Steve Jobs’s parents. Alas, garage boxes are usually designed for cars, not humans.

To solve this problem, the general typology of the row of garage boxes, the most prosaic of typologies, has been turned into a lively urban area by transforming them into small creative spaces. Moreover, the low-cost, simple structures offer great additional value to public space, while at the same time, the result is a project that can be developed almost everywhere in the world, as the street-level garage is a common space in several cities. The combination of creative and pragmatic thinking related to today’s urban issues, and the clever use of a variety of toplights, results in a very feasible design.

From the jury. This plan is not so much about the pragmatic application of products but departs from the circumstance of an existing, multi-family housing block in a situation where money is lacking in the most fundamental way. The creative spirit then needs to work with existing products and to tweak them into use for the particular spot needed, thus reaching into the far corners of potentiality of both product and mind. The top window then becomes a metaphor of the rare splashes of light that enter harsh daily life. The stairs symbolize how inventive use can always lead to a way out and offer new insights.

Interestingly, this project deals with the challenge of a creative space in different ways. It proposes a space for work, but also a space to retreat from an uncomfortable economic situation. A space to rest, to reuse; thus the notion of ‘creativity’ is not only related with the activity of the user but with the inherent poetical spirit of the proposal itself. The result is a dreamy, fairy-tale-like setting that reminds one of a stage, but is in effect both a refuge from and an outcry for all the world’s big problems.

From the jury. This utopian assemblage of windows in all kinds of settings puts the mind at work for future exploration of the concept of a window. The weight of all these windows will be immense, the cooling and heating mechanisms needed to make this place liveable will be epic, but the idea gets the imagination started in a number of ways. How could we apply windows under water in new ways? How can windows that by function are designed to take in the light also become the means of producing light? How can windows play a conceptual role in the reuse of built structures in harsh circumstances? The plan may pose more questions than it solves, but its optimistic approach, unhindered by practical boundaries, is certainly a source of inspiration.