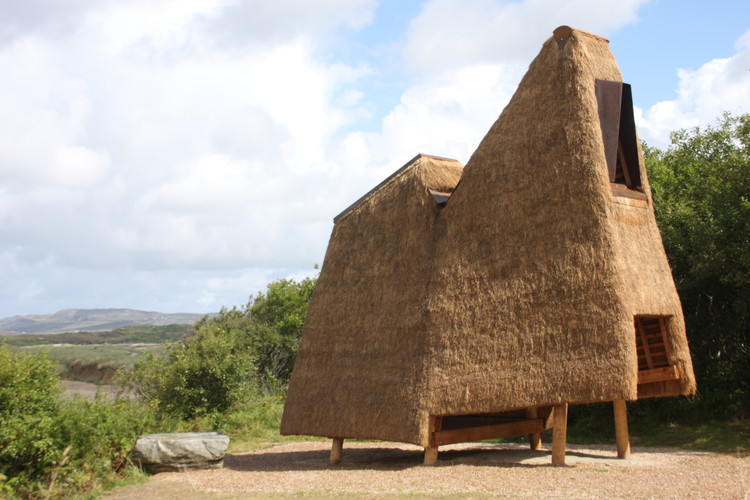 Text description provided by the architects. Ireland’s first architecture installation in a forest park, commissioned by Donegal County Council in partnership with the Irish Architecture Foundation (IAF), Coillte and the Earagail Arts Festival was launched on July 27th in Ards Forest Park, Donegal. Jeffry’s House designed and constructed on site by architect Thomas O’Brien and artist Emily Mannion is a folly made from thatch on a wooden frame named after Jeffry’s Lough, a nearby lake which appears on older maps but has now disappeared. Standing at the edge of the forest, ‘Jeffry’s House’ offers shelter and views of the sea, sand dunes and mountains beyond. Sensitive to the natural beauty of the landscape around it, the structure combines traditional thatching with a slender geometric form and is designed to allow nature to reclaim the ground beneath.

The vision for this groundbreaking project is to demonstrate the exciting potential of asking architects to create interventions in the natural landscape. Donegal County Council, the IAF and Coillte hope to lead the way by initiating further commissions like this in the future. ‘ Jeffry‘s House displays a great consideration to craft and an intriguing architectural narrative. Thomas O’Brien and Emily Mannion have given us so much more than just an object on a site – they’ve created the potential for a magical conversation between the folly, the landscape and the public.’ Nathalie Weadick, Director Irish Architecture Foundation “Jeffry is a creator of myths, a storyteller, an inventor of musical pots, a philosopher, a builder, a mischief maker. Jeffry’s House is a respite from the elements and from the everyday. It has portals for the universes of the sky, the sea and for the earth. It is for children and for the child in us.” Emily Mannion, Artist and Thomas O’Brien, Architect. 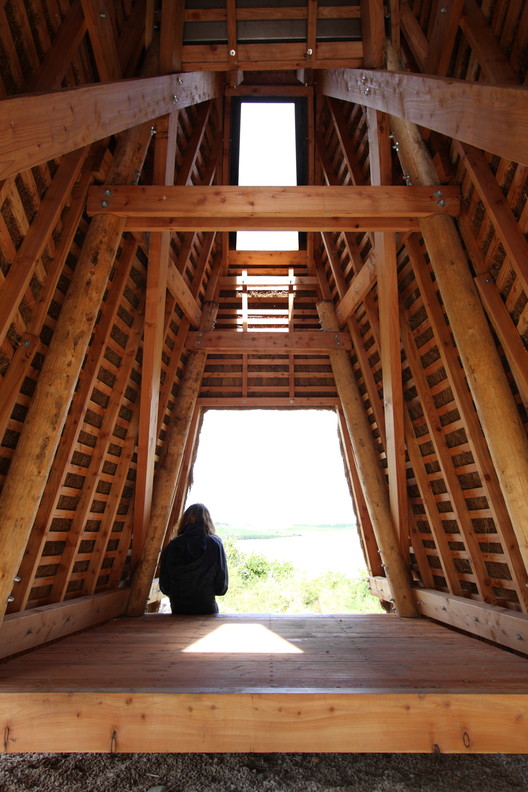 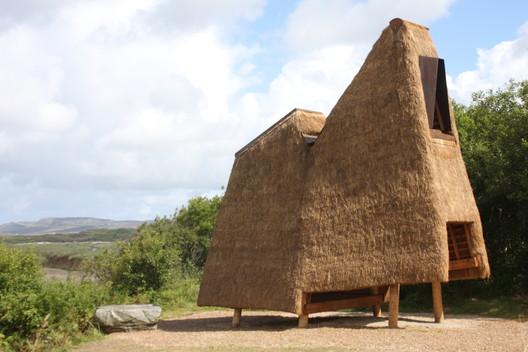