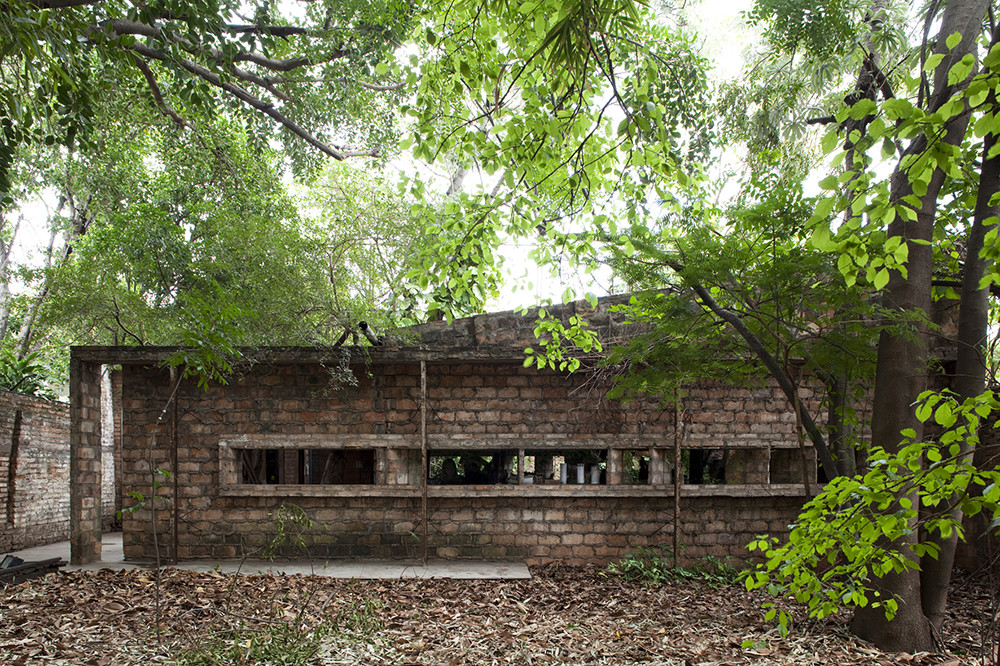 Text description provided by the architects. This tale was projected from Paulo Mendes da Rocha and his amazing ability to captivate audiences, which I approached elliptically to be accommodated in an epicenter embarrassingly offset from all protagonism.

It told of a lively and ornate portuguese-spanish brazilian-paraguayan, of a place where the architect had designed a garden that was built with a broom, and that the real protagonist of the unique work was not in the extended ground plane, instead, it lashed out against gravity and wind, between the shadows, leaves and fruits, a howler ape had made ​​his place in the world out of the trees in the property.

The architect had studied every aspect of the incredible condition of the primate, its habits, tastes, that were generously exposed from above, and the detailed observation that allowed a glimpse of a policy of coexistence and mutual benefit between ancestral relatives.

The primate exercised domain of a vast territory stretching from the lot of the architecture firm -- its favorite place during its leisure hours-- up to the back of the Columbia del Paraguay University campus, where more than a block away, more than one history told of studies in environmental and political science.

The architect designed with good sense the fate of the offices, a meandering access between trees built the link between the street and the spaced out interiors, everything very intentionally set with wit and neatness, exemplified in layout actions and relevance of everything built.

The ape, not without reason and motivation, attended the meeting previously agreed upon; from his favorite branch, it watched the feverish action of the architect who had arranged his workplace so as to facilitate observation of the project from the top.

Their eyes met, witnessing faith in the mutual shared commitment, the elevated or inverted thumb of the arboreal primate marks the destiny of how much of what has been produced in the architecture firm for almost 20 years has been interesting.

Almost 20 years ago, with roughly 5000 USD -which we produced with much effort-, we face a difficult choice between two supposed necessities, to buy 2 good computers faced with the mirage produced by the desires of virtual existence, or with the same budget, to physically build our offices.

Having discovered and rented the place where we are until today, there was no space for repentance.

Building budgets from the 1990s in Paraguay set prices for common construction between 350 and 450 USD per square meter; and everything that we had either studied at the University or relearned when we first started to exercise the craft were insufficient tools to assist us in our aspirations.

The problem became complex following a minimum analysis of needs and expectations, it imposed at least 100 m2 of floor area, that outlined the challenge of designing and building for the cost of the work to be one seventh of its market value, ie, to build at a cost of about 50 USD per square meter.

Austerity covering the entire process gave us the key to unlocking our shelter.

The project was to be designed not as a traditional office, instead, we decided to approach the idea of ​​building a workroom --an intermediate site between ideas and the finished work, from which to imagine a decidedly different process to how buildings are made -- and from there, all the decisions multiplied the structural condition as a tool to explore the constructiveness of the material used in the project.

The location of the project searches in the shadows of the trees conditioning for the Paraguayan heat.

The ceramic brick walls were thinned against building regulations resisting flexed compression, reason that precludes them from standing and receiving loads, turning the openings into the reinforcement against the weakness produced by all voids in a structure of walls, becoming the central beam that enables the supporting walls to carry the weight of the roof, rain and winds.

The low-density wooden boards became the roof structure, in vertical and horizontal planes of separation and interior insulation.

Ceramic reinforced tiles, prefabricated bricks, simple cement flooring and cladding, along with glass and various other materials recovered from demolition works, confine the spaces where most of the activities of the architecture firm develop. 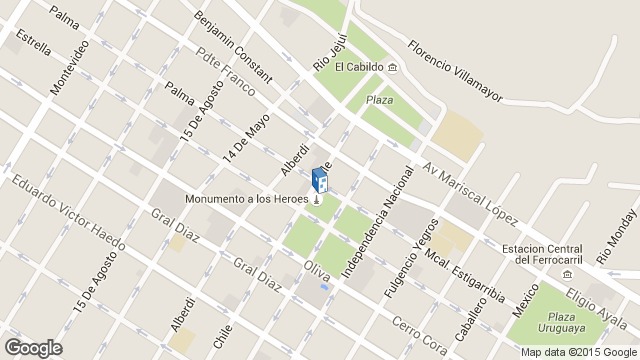 Location to be used only as a reference. It could indicate city/country but not exact address.
Share
Or
Copy
About this office
Solano Benitez
Office
•••