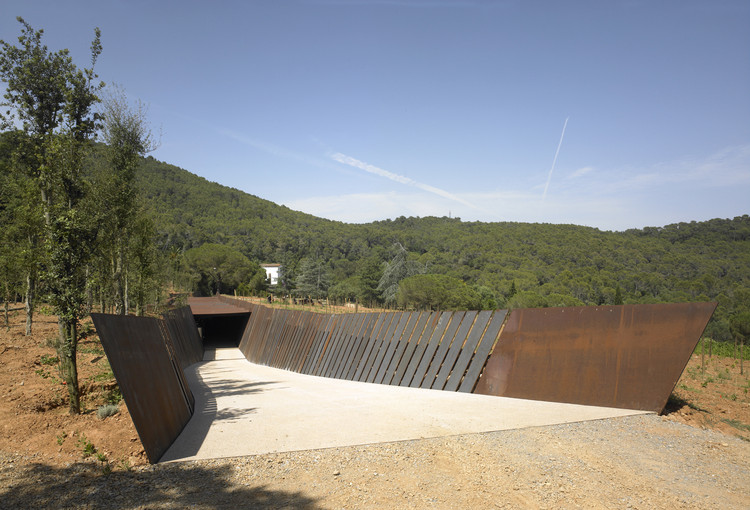 Text description provided by the architects. It is a "promenade" to the underground world of wine from a road that runs along the forest and links buildings. Its interior offers rest, penumbra, weight of the earth. There is also air and rain in the tasting room and the surprise of a small auditorium.

To build a warehouse for the private production and consumption of wine in a unique setting, the start of a valley at the foot of the mountain of a protected space, is the engine of the project. In this environment there are constructions of various kinds, including a chapel, where the slope begins. In the road that links them all is a covered stretch, sunken, where the dependencies of the winery hang, buried under the vines, like a comb.

It is not a single site but a promenade for discovering different spaces whose undulating route, in plan and section, becomes their dimension.

The inertia of this excavated environment is used to avoid energy consumption in its environmental qualities, whose singular perception is the result of its spatial geometry and materials, steel and stones, that surround you in an underground world, cool, isolated, where you can feel and taste a different tempo. 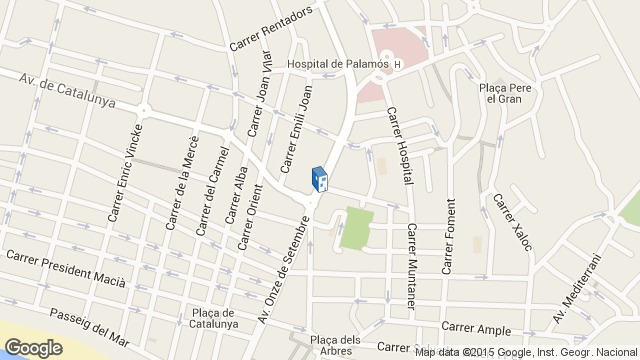 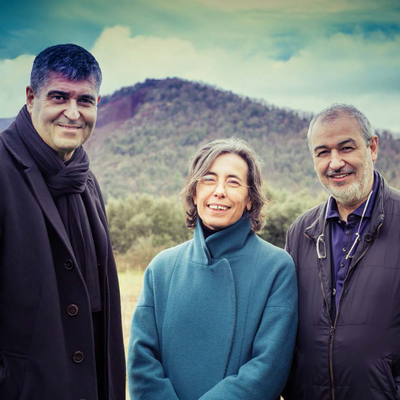