Save
House on a Hillside / Virgilio Gutiérrez Herreros 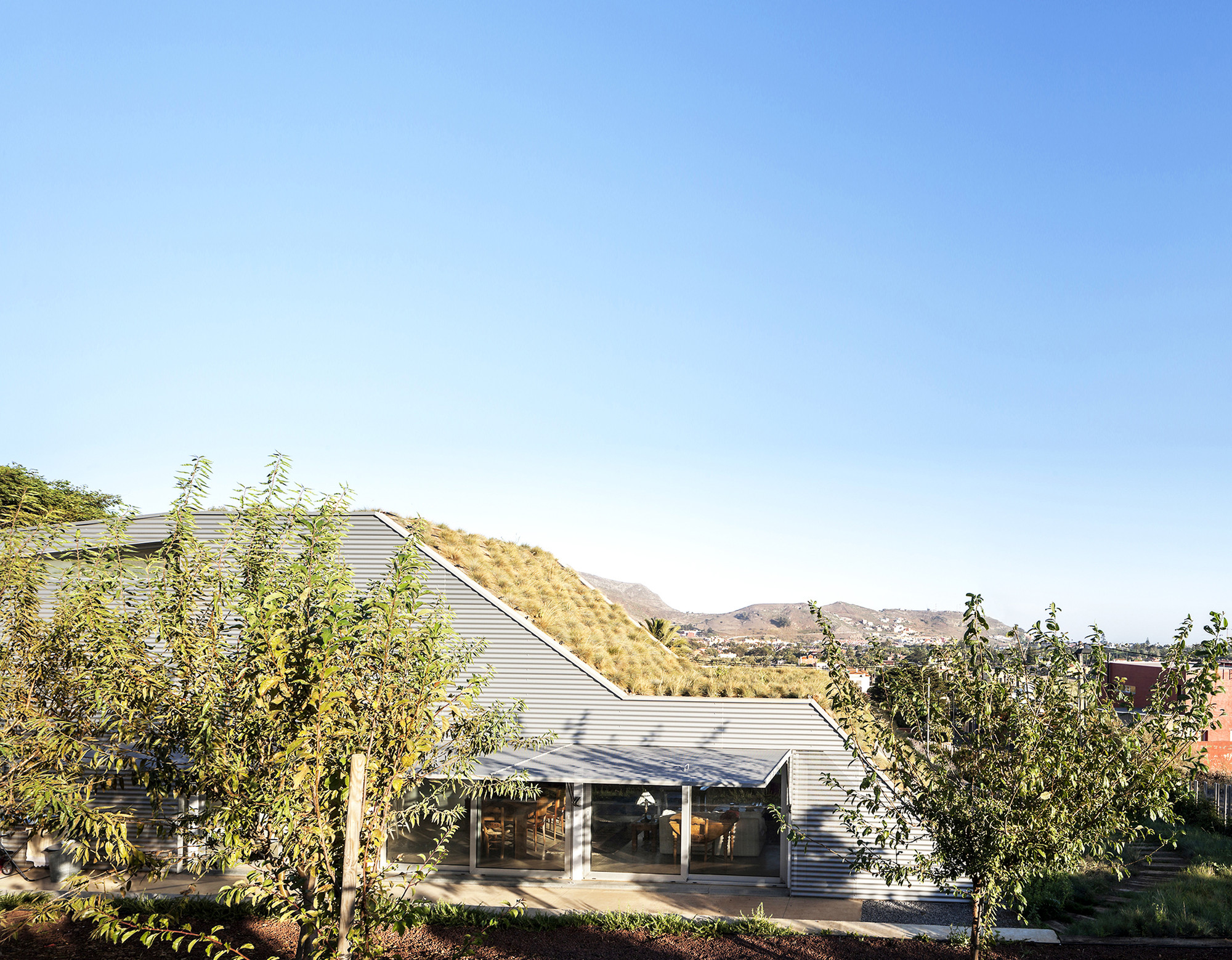 Text description provided by the architects. San Cristóbal de La Laguna is a town located in the northeastern interior of the island of Tenerife in the Canary Islands, whose historic center was declared a World Heritage Site by Unesco in 1999 as the only example of non-walled colonial city. Founded in the late fifteenth century, and inhabited today by a hundred and fifty thousand people, it extends on a plain - an old lake - surrounded by mountains.

And one of these mountains is the Mesa Mota; a small, flat hill that rises as a lookout - with heathers, pines and eucalyptus - over the city. On its skirts, along the road that leads from the urban fringe dotted with single-family homes and fields to the summit, is located the house described here on a corner plot with magnificent views over the plain.

The project investigates the typology of the single family home, the construction of landscape in the margins, the relationship between object and nature; the ambiguity, immensely thoughtful and creative, between the artificial result of reasoned restrictions and conditions, and the spontaneity and surprise of nature.

Ambiguity is implicit in the very location of the house, right on the border between rural and urban land. This is translated and used as a reason in making decisions that guide the project. Thus, the volume stands on the hillside and is covered in its entirety with grasses, as if trying to drag the topsoil of its profile. The object, which initially seems to be masked on the mountain, on the contrary, rejects mimesis with the place due to its artificial condition. This irony is emphasized by the choice of a grayish blue grass, which is elevated, slips and falls through the folds of the two heights. Tensions are heightened even more with the provision of a corrugated metallic sheet as cladding, in contrast with the green background of the mountain, and the design of the garden, fenced with a gate-vine with white flowers and jasmine, an atypical fragrance delimiting the place.

The house therefore questions the construction of the landscape within the limits and the relationship of object / nature in the adequacy of a typology of single-family house to use, where relations with the existing territory prevail: topographic adaptation, views over the landscape (La Laguna, Teide, Mesa Mota, ...), protection from prevailing winds, the use of sunlight and shadows (the winter garden to the south and the summer garden to the north, sheltered with the fruit trees - plums, almond and avocado -, favoring the cross and continuous use of both sides during the generous spring cycles).

It responds to a process of reflection that links to previous work meaningful due to their commitment to experiment, from a strict functional and economic response to customer requirements, through the re-interpretation and re-construction of places.