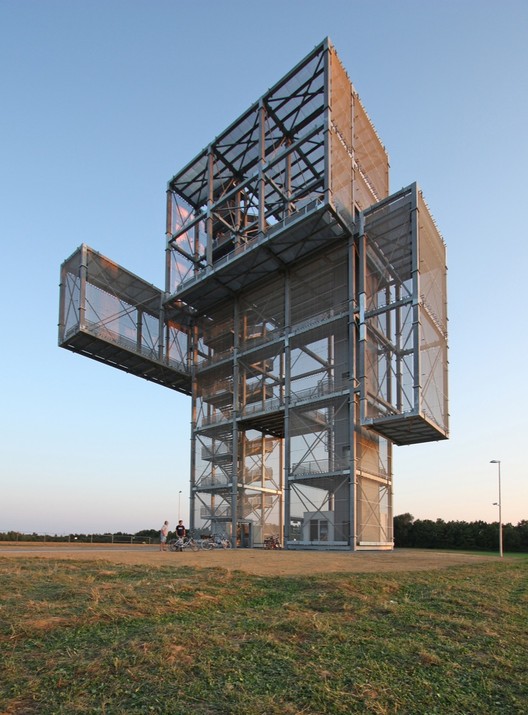 Text description provided by the architects. In the municipality of Inden, in Germany, there is a brown coal open cast mine and in order to excavate the mineral resources several entire villages were relocated within the municipality. The mine currently covers an area of 4,500 hectares and excavation has created an unusual landscape. This scene will change after 2030 when the excavation work stops since the site will be transformed into a large area for water sports and other recreation called ‘Der Indische See’. The municipality Inden wanted to erect a watchtower and landmark at this location. MUA decided on using the shape of an immense, 36 m tall robot: the Indemann. The Indemann’s design is characterised by its striking external appearance, but the real surprise lies in the staged experiences that the visitors can expect in its interior.

The public experience the building as a composition of architectonic experiments, with tremendous overhanging elements, surprising transparencies and, for example, accessible grid floors in the outstretched robot arm 18 metres above the ground. In addition to this the front has had 40,000 LED’s incorporated into it. This is the first LED façade to be realised on this scale in Europe and it works like a folded screen and can have animations projected onto it. In this way the watchtower creates a true lighthouse effect when it’s dark. Since its completion the building has come to be seen as a ‘Wahrzeichen der Region’: a landmark for the Euregio Maas-Rhine. The watchtower alongside the A4 motorway between Aachen and Cologne unites ‘Dutch Design’ with ‘German Efficiency’. With this design MUA not only refers to the giant excavators but also marks the transition from an industrial to a media-based era. The opening attracted 10.000 visitors.

“We started the Indemann project by writing a fairy tale that established the region’s profile. In the fairy tale the people finally built a monument for a giant, the Indemann, who they have helped physically, but mainly strategically, in the story. The fact that this watchtower has now been completed shows that fairy tales can become reality.” 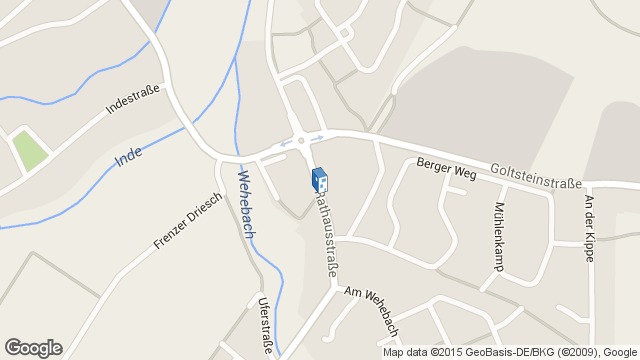