Save
Reconstruction of the Square in Frydlant / Balda Jand'ourek architects 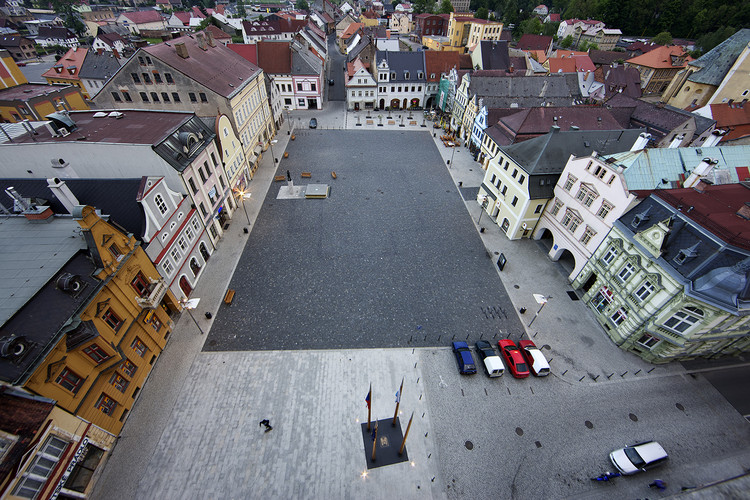 Text description provided by the architects. The main idea behind the design of the reconstructed square in Frýdlant was to create an open, unobstructed public space – a square that allows residents and visitors to enjoy all types of activities.

The use of three types of paving tiles, two types of stone and the patterns in which these were laid differentiates various types of spaces on the square. With the exception of the parking lot, the square was realised as a barrier-free space.

The central part of the square is entirely open for the reasons stated above. This rectangular space and, in fact, the entire square, is dominated by a fountain featuring a statue of Albrecht von Wallenstein. The silhouette of the Wallenstein statue standing on a separate granite pedestal installed several metres away is reflected on the surface of the fountain’s water, which flows into the granite pool. The bronze statue from the original Wallenstein fountain from 1914 and the new fountain form an integral, illuminated composition. This dominant feature of the square is situated along its north side on an axis with Kostelní Street and divides the central part of the square into two halves. The divided square can be used for various purposes such as fairs, concerts and theatrical performances. The central part of the square is clearly defined by a distinct type of dark basalt tiles, new public lighting and town installations such as information panels, benches, waste bins, bike stands, a drinking fountain, etc. placed around its perimeter. The uniform basalt surface also features the outline of the former town hall made from the original basalt cobblestones. The foundations of the Renaissance town hall were discovered by an archaeological excavation during the reconstruction of the square.

The space in front of the current town hall in the northwest part of the square is a representative area for the gathering of citizens. A mobile stage can be installed in the open space next to four wooden flag pole stands featuring the town crest.

Located on the opposite, southeast side of the square with sycamore trees and benches are cafes and restaurants with outdoor summer seating. The two opposite ends of the square are both paved with the same large granite paving tiles.

The historical parcelisation of the square is reflected in an abstract manner in the small granite tiles of the pavements around the central part of the square. Paths for car traffic and parking spaces on the northeast and southwest sides of the square are differentiated from pedestrian paths by a distinct granite tile pattern. 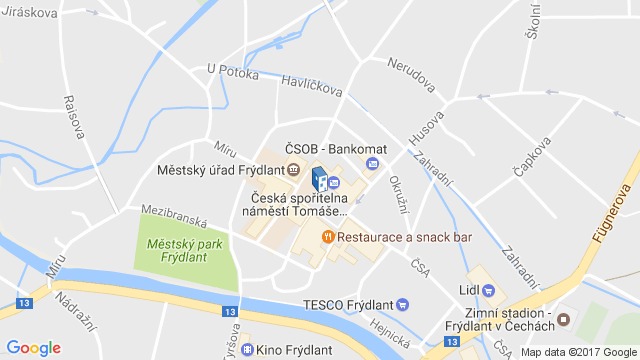