Save
Review: MacMag39, Mackintosh School of Architecture
Share
Or
Copy

MagMag, a student-edited compendium of essays, projects and ideas from Glasgow’s Mackintosh School of Architecture, is now in its 39th edition. Following on from what has so far been a momentous year for the Mac, in which they’ve seen Steven Holl Architects’ new Seona Reid Building formally open and parts of Charles Rennie Mackintosh’s art school (along with a great deal of student work) devastated in a fire, MacMag39 is a celebration of the spirit of a school which is faced with a challenging question: how do they introduce and then reconcile the new alongside the existing against the backdrop of an academically rich, diverse and successful learning environment? 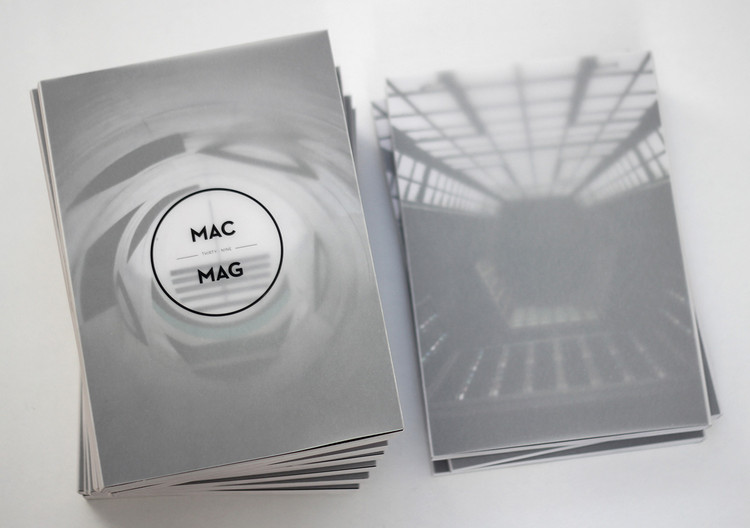 Opening with a photograph of the entire school on the steps of the “old” Mac and following on from an introduction penned by Christopher Platt, the current Head of School, the journal is separated into seven episodic collections. Six chapters, covering each of the five educational stages (plus the Masters), are punctuated by a pool of writings entitled A Century Apart.

The chapter opens with two bold, unmistakable profiles. The photographs conjure thoughts about whether or not Holl and Mackintosh would have got on had they ever had the chance to collaborate - a question which is (semi)answered in an interview with Holl on pp.103. The collection of ensuing essays, photographs and interviews offer unique insights into how the two buildings - built Centuries Apart - operate and mesh both as “objects” as well as places of work. Alan Hooper, leader of the school’s BArch programme, has penned an essay in which he eloquently examines the Specific Richness (a phrase coined by Zumthor) of the Reid Building. Discussing wider issues surrounding the immediate, often lasting, perception of contemporary architecture, Hooper notes that “the rush to judge recently completed buildings, with which the Architectural community is wholly complicit, denies the profound social role of Architecture.”

An interview with the Reid Building’s co-designer, Chris McVoy, saves the chapter from sychophantia by making clear the challenge Steven Holl Architects faced in designing opposite a building which is not only in the primary canon of British architectural discourse but also embedded in the grain of Glasgow itself. Stating that “it was both incredibly intimidating and inspiring” to Face the Mac, the interview is grounded in design dilemmas, client relationships and interesting details of design. A wonderful photographic essay by Kathy Li documents The Men Who Built The Reid Building, featuring construction images and quotations from the builders. One wisely comments that, “when designing things, keep it simple!”

Images of the Reid Building’s extravagant opening celebrations (the fireworks looked spectacular) are complemented by a fascinating interview with Holl himself titled Analogue meets Digital. Reading how Holl has managed to successfully incorporate Siri into his workflow is interesting; hearing his thoughts on parametricism, digital communication and rapid prototyping, fascinating.

Other notable editorial elements of the journal include but are not limited to: an interview with Spirit of Space, a small creative agency who explore architecture though film (including the Reid Building); students’ year-out experiences, from those in practice to those who worked on the city’s Commonwealth Games, and ‘letters home’ from those studying abroad; and Brian Evan’s short piece on Moscow entitled Edge City.

One of the key reason for MacMag’s existence is as a student showcase and, in that grand tradition, MacMag39 does not disappoint. The first in a great deal of projects thematically focusing on human therapy and meditation, Martin Glen’s Stage One project (Therapy Pool) explores a coastal site in which sits a small, poetic solution to his own brief. In a similar vein, Bruce Doran’s Stage Three project entitled Parallel Thresholds investigates the medicinal qualities of water accompanied by a rich collection of visualisations.

Saskia Blake’s Paediatric Hydrotherapy Retreat, “designed to cater for families who have children with cerebral palsy”, demonstrates an organic design approach which has led to a seductive representational quality to both her sketches and drawings. With just enough images to visually explain the Stage Three project, I can’t help but want to see more. Kugathas Kugarajah’s Stage Five Music Therapy and Meditation Centre demonstrates a skilful use of watercolour to develop a project which is extremely well communicated.

With a such a high level of craft, design and content, it is difficult to appreciate that the journal is edited by a body of students. Lawrence Khoshdel, Natalie Pollock, Sofi Campbell, and Arseni Timofejev have created something which, in their own words, “is one of the principle voices in the chorus of the Mackintosh School of Architecture and the vehicle through which we students make our stamp.” Following a dramatic series of events which has seen the fabric of the Mac thrust into the 21st century with Holl’s new addition, and then devastatingly dragged backwards with the partial loss of their world-class library and archive, this publication defiantly demonstrates that the soul of the school lies not in its walls or, ironically, between the printed page, but more in its students and educators and the work that they produce.

If you buy only one journal this month, let it be this one.

A number of archived MacMags (plus many more books) were lost in the fire on the 23rd May of this year. As a result, the school has opened up an appeal to rebuild their collection. Click here to see if you can help. 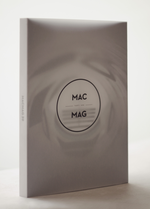