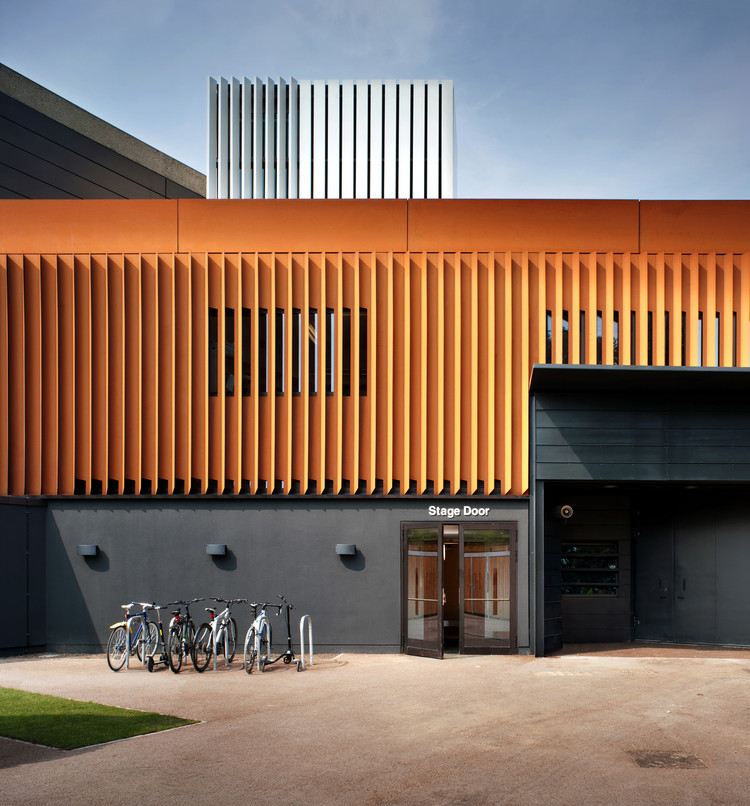 Text description provided by the architects. Haworth Tompkins have completed a major restoration and renewal of the Grade 2* listed Chichester Festival Theatre, incorporating a carefully remodeled auditorium, bigger foyer spaces, an improved parkland setting and a new back of house extension.

The 1962 building, which was the brainchild of local man Leslie Evershed Martin and paid for by public subscription, holds an important place not only in the hearts of the Chichester community but also in British theatre history. Originally designed as a ‘pavilion in the park’ summer festival venue by the distinguished British architects Powell and Moya, the innovative open stage auditorium was inspired by Tyrone Guthrie's Festival Theatre in Stratford Ontario and was the UK’s first thrust stage performance space, seating over 1300 people. Laurence Olivier was the inaugural Artistic Director producing a ‘festival’ of three shows in his first season in 1962. During his tenure, Olivier established a company of actors and other theatre practitioners at Chichester, which provided the nucleus of the National Theatre Company.

The theatre’s dramatic, cantilevering concrete structure and lightweight cable-tied roof were extraordinarily bold architectural statements at the time, but successive piecemeal extensions and alterations since the 1970s had gradually reduced the clarity and legibility of the original concept. Haworth Tompkins’ approach has been to clear away all the non-original structures and entirely rebuild the back of house facilities within a new extension, complementing Powell and Moya’s rough concrete with an equally dramatic facade of Cor-Ten weathering steel, which will patinate to a recessive dark bronze colour over the next few years. Much needed repairs to the 1960s concrete have been another important element of the work.

The front of house spaces have been restored to their original clarity and openness, with the addition of new café extensions and the opening up of the original stair enclosures to flood the foyer with natural daylight. Two new passenger lifts provide full access throughout the theatre for the first time. Visual artist and regular collaborator Antoni Malinowski has hand painted the café ceilings and various walls within the foyer to complement the geometries of the existing structure and to amplify the presence of the surrounding landscape. Specially commissioned trapezoidal concrete flagstones, incorporating thousands of tiny seashells, differentiate the carpeted original building footprint from the extended foyer spaces and external café terraces.

Working with another regular collaborator, theatre consultant Charcoalblue, the auditorium has been significantly remodeled to improve sightlines, increase theatrical intensity and provide a far more technically sophisticated and adaptable environment for theatre makers. Previously redundant side galleries have been reinstated and the seating rakes steepened and reconfigured to strengthen the connection between actors and audience. To avoid stressing the lightweight roof, an independent structure has been designed to carry stage engineering systems above the performance area, with a new infrastructure of lighting bridges has been threaded through the existing roof trusses.

As part of the refurbishment works, all the existing heating, cooling and ventilation services throughout the building have been replaced with new high performance systems. In particular, a new ground source heat pump has been installed, which can extract heat from the groundwater below the site using an array of boreholes located around the theatre building. The Theatre uses this heat both to heat the building during the winter months and cool the building during the summer months.

Whenever the building loads and the weather outside is suitable, the system can extract heat from hot areas (such as the auditorium) and direct it to colder areas such as the foyer to ensure that heat is used as efficiently as possible throughout the building. As the heat that the ground source heat pump is extracting has been derived indirectly from the sun, the system means that the Chichester Festival Theatre can now meet 10% of its energy demands using this renewable source without impacting on its park setting or listed building fabric.

The existing theatre dated from a time before energy efficiency featured as a significant concern, and a major part of the works to improve the building fabric included the introduction of a significant amount of thermal upgrade works. The existing single glazing has largely been replaced with high performance double-glazing, the auditorium roof has been thermally upgraded and walls to the theatre have been insulated to help reduce the building energy demands as far as possible.

Externally, Haworth Tompkins and Landscape Architect Camlin Lonsdale have restored the pedestrian-focused parkland setting of the 1962 building and incorporated new tree planting, a landscape-shielded service yard and actors’ garden, new café terraces and approach roads. The project with a construction value of £13m has been built by main contractor Osborne in time for the opening of the 2014 summer festival. 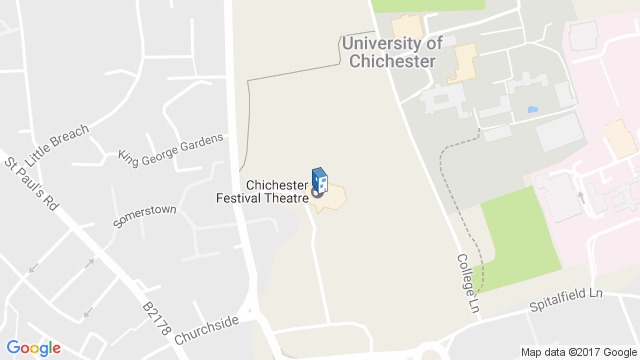