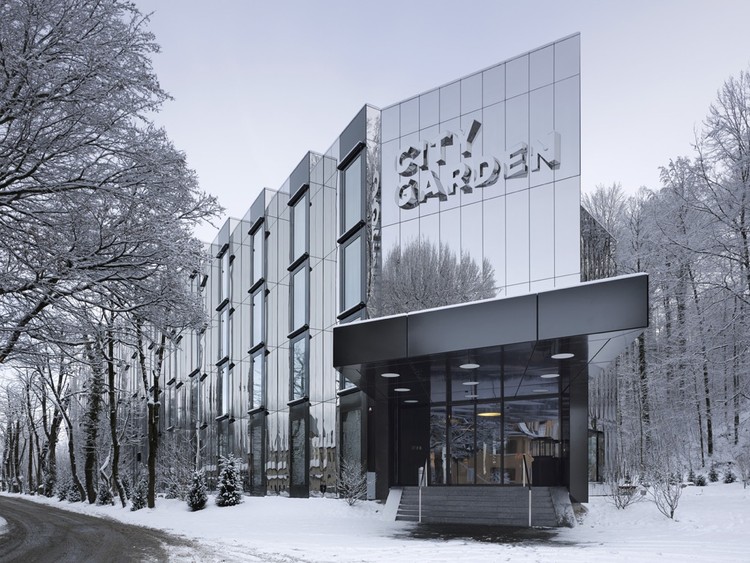 Text description provided by the architects. The Parkhotel in Zug planned to erect a temporary ancillary hotel building on a public site that in 12 to 15 years time will be used as the services area for a road building project. Despite the limited life- span this hotel was to meet the requirements of a four-star facility and to have an unmistakeable character. We developed this project from the serial character of hotel buildings. The standard layout of bedrooms next to each other is transformed into an expressive building volume by swivelling the module.

The sculptural façade corresponds with an internal corridor figure; the building is given a head and an end. The idyllic location between the trees on the edge of the woods led to the idea of a reflective façade of polished chrome steel. The facetted building volume mirrors its natural surroundings and transforms the place into a kaleidoscope of building and nature. The short period for which the building will be used called for a time-saving construction method, which led to the use of a combined system (timber frame braced by a concrete core). 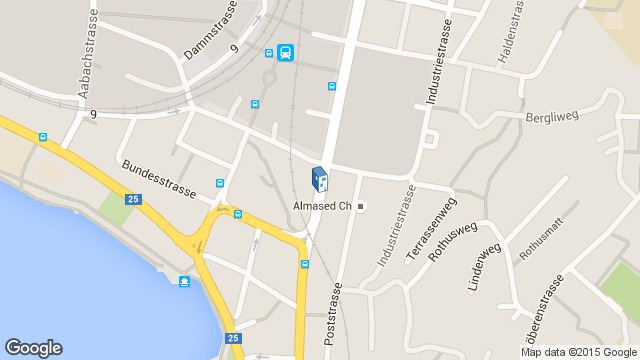 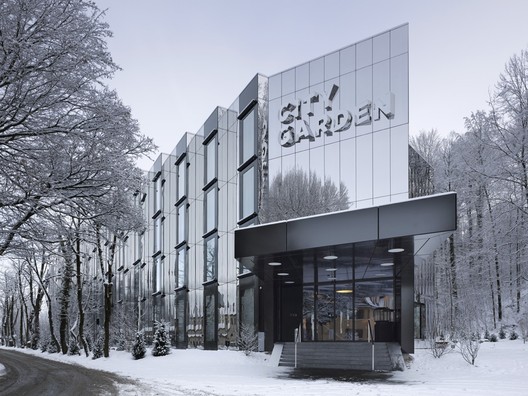