Save
Tokyo's Modernist Gem, Hotel Okura, To Be Demolished
Share
Or
Copy

Talk about Modernist Japanese architecture, and you can hardly fail to bring up Tokyo's Hotel Okura. Built in 1962 under the design direction of Yoshiro Taniguchi, Hideo Kosaka, Shiko Munakata, and Kenkichi Tomimoto, the hotel has long been a landmark not only for the city, but for Japan. Now, however, the hotel's owners have decided that the main building for the hotel will be demolished in September of 2015, with a new hotel taking its place. To learn more - including how to sign the petition for preservation - keep reading after the break.

The idea of demolishing old buildings has become commonplace in Japan. Natural disasters, acts of violence, and monetary investment are all influences in this trend (for example, the seismic retrofitting of Kenzo Tange's Prefectural Gymnasium proved so expensive, the government was forced to close the gymnasium entirely).

The decision to redevelop the Okura comes from a desire to up potential financial gain before the 2020 Olympic games in Tokyo -- despite the city's pledge to use existing venues to host guests for the Games. This is also despite the impeccable state of the hotel, which has remained practically unchanged for the past 52 years. Lobby attendants still wear their traditional kimonos, the "Go" (Japan's version of chess) salon and Japanese garden are still present, and Tomimoto's original lobby mural has been preserved.

Hiroshi Matsukuma, the leader of the modernist preservation group Docomomo Japan, has said that the Okura "has a cultural and historical value that can never be reproduced again." For more information on the hotel, and to sign the petition asking for its preservation, click here. 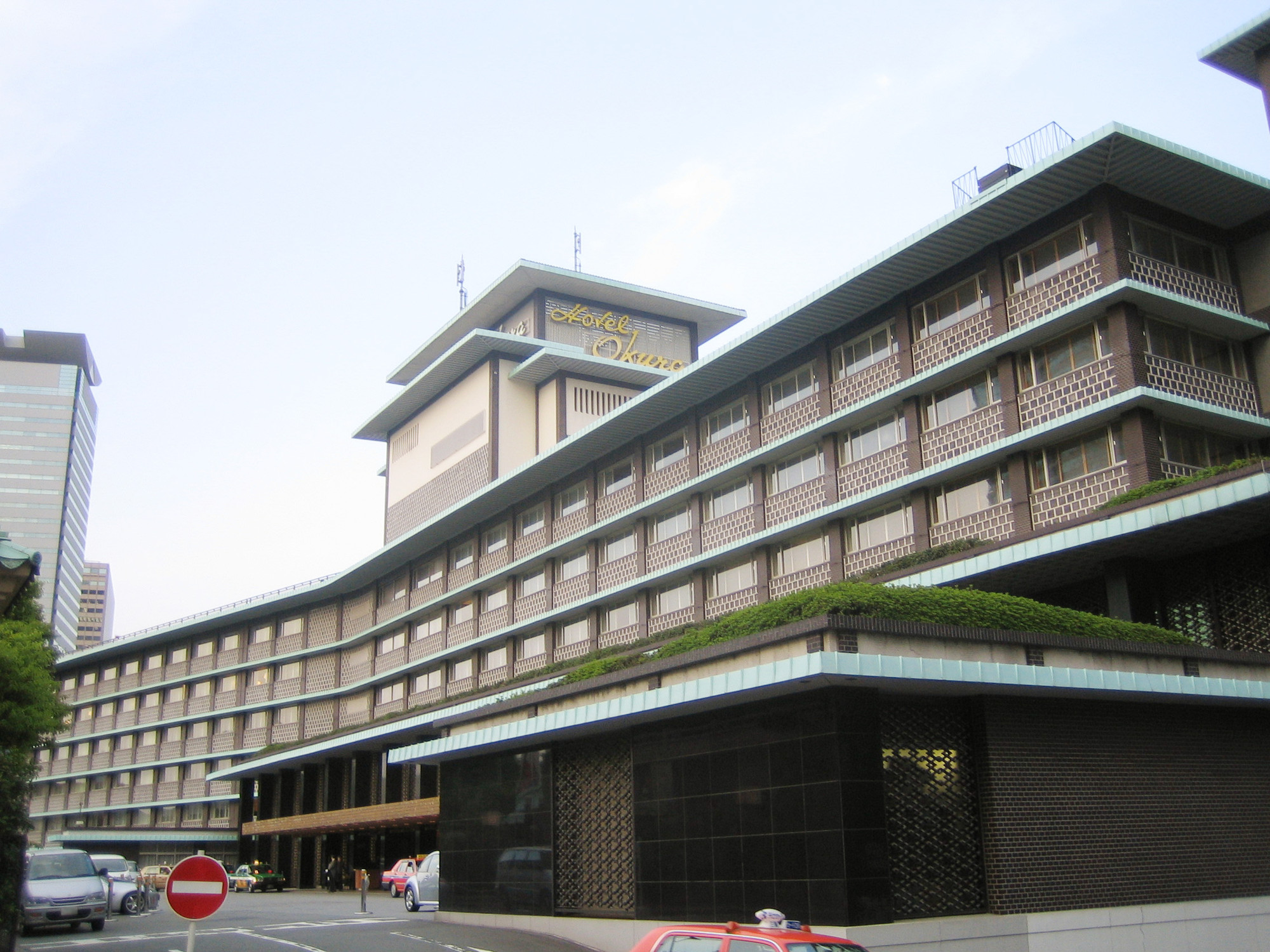