Text description provided by the architects. Originally a farmhouse, built in the second half of the nineteenth century in Předlice in the suburbs of Ústí nad Labem.

Under the communist regime it was occupied by agricultural cooperative which used the estate strictly pragmatically - only what was immediately needed was taken care of, the rest was neglected. Since the 90´s, the place was deserted and rapidly fell apart. Despite devastation of the area, there was still a strong sense of the original conception and smart design left.

Massive objects along the perimeter of the property define scale and space of the large yard area. Two of those - fifty meters long stables on the western edge of the property and sixty two meters long barn on the south - form basis of our proposal.

It was important to us to understand and follow thinking and experience of the original builders. Torso of a barn on the southern edge of the area had its charm and potential that inspired our idea of placing a new house right there. In addition, the stone perimeter wall with its size and proportion worked surprisingly well for intended operation purposes of the new house. The moment we found out that the original walls and openings (on its own proportionally accurate and beautiful), fitted perfectly well with the modulation of wooden house( wood was considered as one of the building materials from the beginning), the new building started to emerge automatically in our minds.

On both short ends, we broke the original stone perimeter (floor 62X10meters) and thus symbolically linked a large yard through the new house with land in the south (further objects are supposed to be built here and other activities should take place).

Long side stone walls, on the contrary, were used as a natural support (difficult terrain) and at the same time stable and solid facade of the new building. The original entrances to the barn fitted well into the ground floor layout as the main entrance and large windows.

The saw like roof was formed by skylights . Their size and orientation followed tightly layout of the second floor. East-facing skylights illuminate individual classrooms and west-facing windows illuminate the communication space and a large meeting room.

Roof with its shape refers to the industrial atmosphere of the urban periphery (this type of roof is used in the neighborhood), at the same time it brings exceptional light quality to the entire upper floor of the house. With some exaggeration, 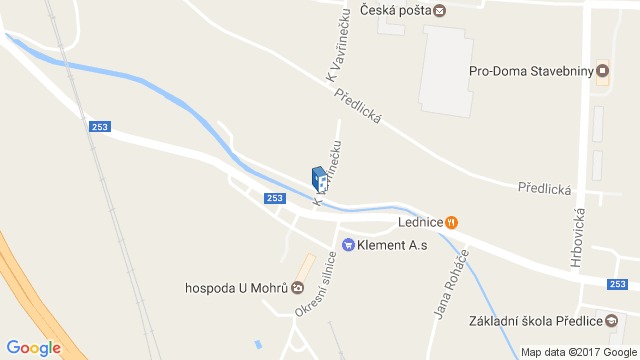 Location to be used only as a reference. It could indicate city/country but not exact address.
Share
Or
Copy
About this office
3+1 architekti
Office
•••