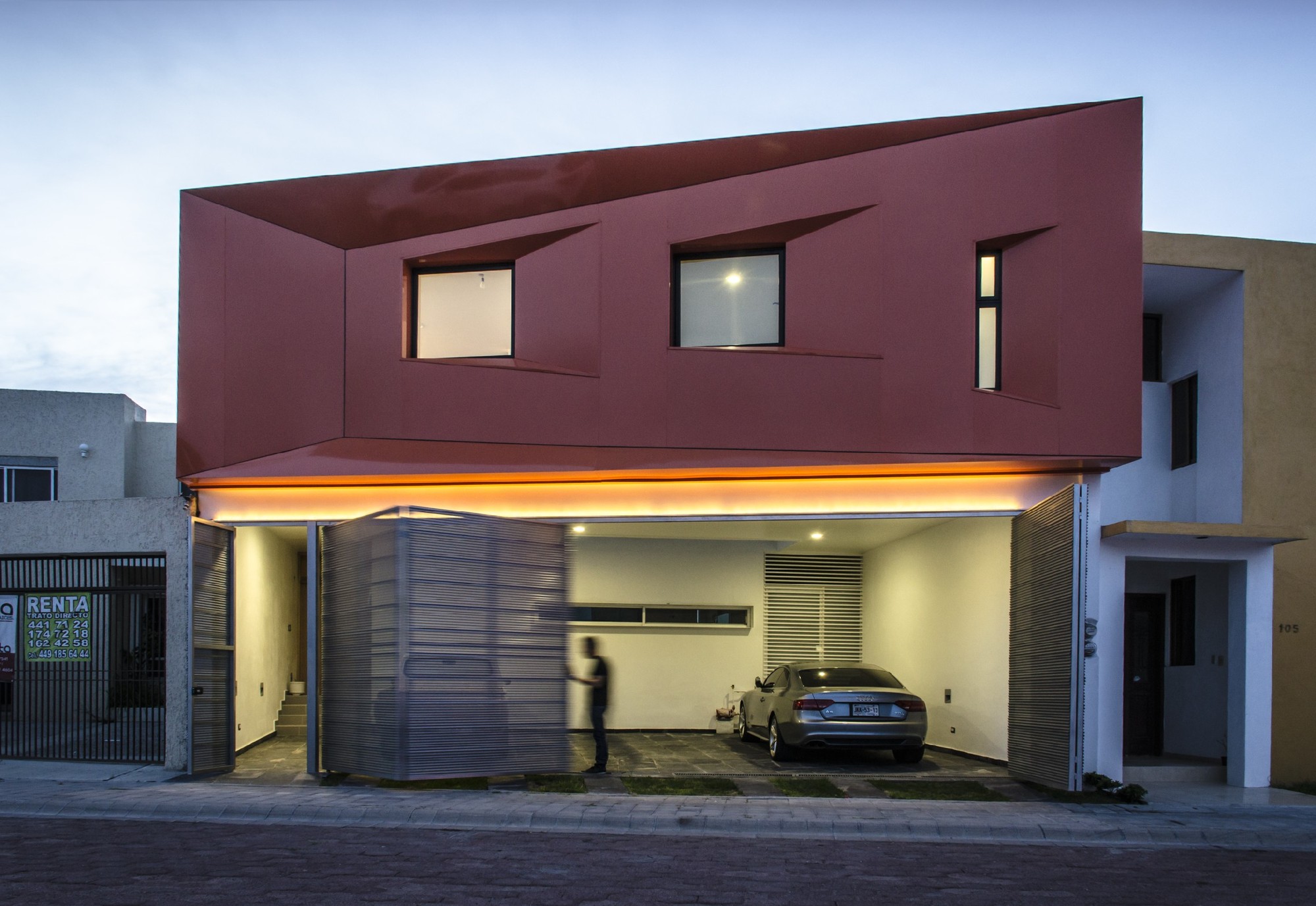 Text description provided by the architects. This project consists in remodeling and extension of a house that we designed a few years ago, we developed the original program for a single man who needed only one room. our intervention in this phase has the purpose to complete the program for a couple how plans to have children in a near future. according to that, the program was completed considering 3 bedrooms, 2 bathrooms and a tv room. the new program was resolved considering only the second floor.

Analyzing the original diagram of the house we look for the voids that permit us to do the extension with the minor affectation over the original structure, according to that we proposed a new volume that has an strong contrast with the original and immediate context, as an object that doesn't belong to this place, the new volumes in where the program was completed, become in the new protagonists of the house

The new geometry was designed in favor of the diagonal that the ground drawn, accenting the irregularity of the poligonal we played with the subtraction of elements in base to the lines that drawn the facade, generating windows and dividing the facade in several surfaces with distinct orientations that create a game of reflections in the enamelled sheet that cover the facade

In some parts we diluted the frontier between the extension and the original state of the house, allowing a soft transition from one phase to the other and in others parts we marked strongly this contrast doing the intervention very obvious. 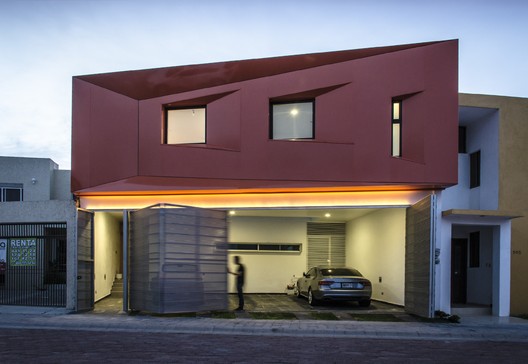