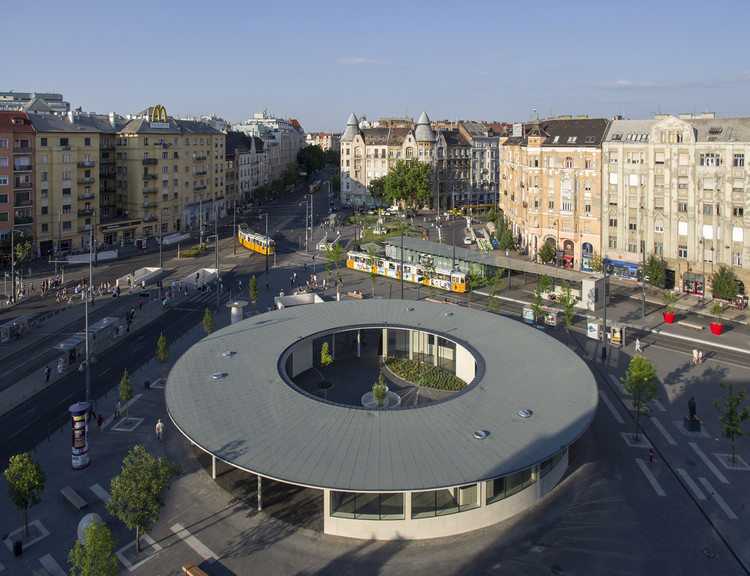 Text description provided by the architects. The construction of the transportation-related building on Móricz Zsigmond Circus, Budapest was completed in 1943, according to the design of József Schall; and because of its shape later it was identified as the “Mushroom” by the word of mouth. Originally a departure building, cash- and waiting room and a café were placed in three building sectors under the roof with a ring-shaped layout. A fountain stood in the middle of the ring (stone relief by László Szomor). Shortly after its completion the building was roughly converted, transformers were placed into one of its circle sectors. The structure has started to be a slum-like environment already in the ’70s. For its particular spatial space composition and extremely slim reinforced concrete details it has been recorded as a listed building under monumental protection since 1997.

The circular layout of the building was initially determined by the spatial arrangement of the trams’ looping tracks intertwining the building itself. In the early 2000s, the use of the tracks was no longer pertinent; and since their dismantling, the circle shaped building was left alone waiting for its renewal. Recently, the function has been changed to a public space pavilion, and for the completion of this role the district council announced a design competition in 2009. Based on the design awarded with first prize, the plans were finished in 2012 and the building in 2014. The main basic design concept was to achieve the perfect circular symmetry, and for this aim the architects undertook the reinterpretation of the classical conservation considerations. The original building contours were reconstructed, then frameless curved thermal glass, curved fine concrete panels and contemporary details were added to the building. The pillars, beams and cantilevered roof slabs were repaired and reinforced during a complete structural renovation. Also local reconstructions were needed; and such, the raising of a sunken section of the building was a brilliant period of the implementation.

The design and the proportion of wall and glass structures were reformulated. Unified parapet walls were built along the outer arc, while glass structures starting from the floor level were installed along the inner arc. The back cross wall of each circle sectors and the only inter-column section from the courtyard were designed with solid wall structure. On the one hand, this design largely restored the original wall-opening ratio; on the other hand it eliminated the former building-constraints (steps, varying floor levels and parapets etc.). A further advantage of this design was a kind of asymmetry between the interior and the exterior, which was fully justified by the changed spatial situation (noisy and busy circus and quiet, calm courtyard).

The front facades of the certain building sectors are completely open towards the passageways and semi-open spaces, thus the circular generosity and the relationship between the inner and outer places is further strengthened. The huge sliding glass walls may make the integrated coexistence of the closed and roofed semi-open areas possible.

For the sake of transparent design, on the one hand the service functions were formed as large-scale functional furniture not contacting the front, on basis of the ‘house-in-the-house’ concept. On the other hand, most of the service functions were placed on the partially developed basement level. The architects managed to minimize the size of the furni­ture-boxes by placing the staircases between the boxes and the façade.

One critic of the building, Csaba Masznyik said: “The view of the renewed building is considered as a resounding success both by the architects and the general public, but not by art historians dealing with listed monuments (at least by those I know). In my opinion, the renovated Mushroom became a brilliantly beautiful, artistically developed and remarkably sophisticated building, as if it would be located not in Hungary, but somewhere in the West. (…) The approach free from harsh gesture, but focusing consciously on the essence, on the ‘message’ of the building, led to a metamorphosis: the Mushroom turned to be a contemporary building in which the past is present with a great power.” (METSZET 2014/4) 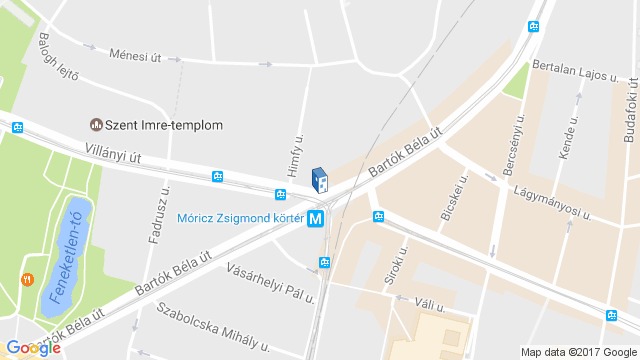