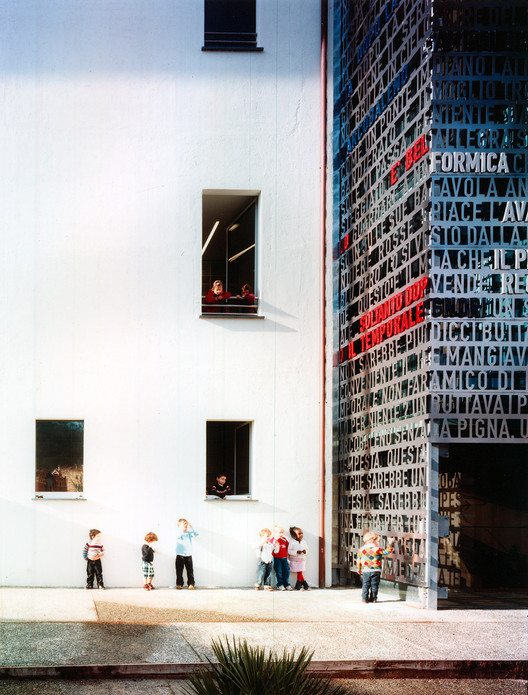 "Gianni Rodari’s fairy tales, recollection and dream of the strange magic of being a child” by Alfonso Femia

The project to design a new children’s cultural centre inside what was formerly Villa Sottanis in Casarza Ligure involves the construction of a library, toy library and auditorium.

A number of verses written by Gianni Rodari, who was and still is the greatest fairy tale writer of the 20th century, have been chosen to represent the new centre. The cultural and playful nature of the project can be interpreted through his works that the building explicitly pays tribute to.

This strategy has been developed around the following points:

- bringing out the “square-shaped” villa layout adapted to its new usage, completely eliminating the distribution system from the interior outline of the old construction.

- creating seamless interaction between the interior of the ground-floor library and the outside public space, constructing a new terrace to shape the “foot” of the Villa, so that it can be used more dynamically in conjunction with the garden.

- define a “stratigraphic” parallel by means of overlapping functions through the use of materials [stone, resin, wood, slate roofing]

- create a distribution system as a combination of elements “joined” to the Villa, elements “interposed” with the area in question [bringing forward the transparent stairwell and lift shaft], and elements “anchored” to the main structure [outside fire escape].

- pay homage to Gianni Rodari through a blend of reality and magic.

The project involves totally re-functionalising the Villa by dividing up/layering spaces capable of dialoguing with the construction and its “modern-day” usage.

The dividing up of the different levels will be altered to make the second floor higher, which is currently lower than the ground and first floors. This will involve eliminating the under-roof in order to create a 147-seat conference room in one single space set beneath the new wooden roof, maintaining the geometric pattern of existing pitches.

As regards the interior dividing up of the Villa [that extends over three levels covering a total of approximately 600 m²], it has been decided to keep the existing ground floor layouts while opening up the upper  levels to give them greater sweep by reducing the number of rooms in favour of new and more spacious premises in view of their new purpose, future versatility and a kind of multi-functionality planned to be bestowed on the building. 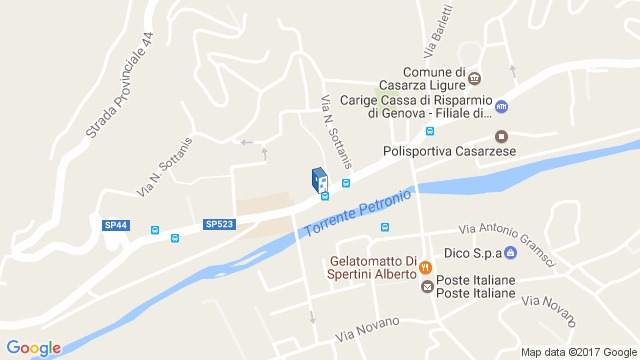 Location to be used only as a reference. It could indicate city/country but not exact address.
Share
Or
Copy
About this office
Atelier(s) Alfonso Femia
Office
•••