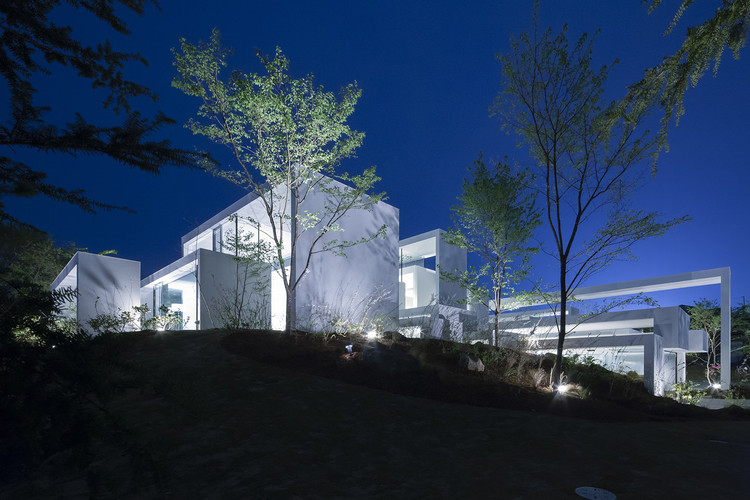 Text description provided by the architects. Dwelling is to put oneself in an interactive environmental domain that surrounds humans and other living creatures. There unfold various activities to which living creatures engage themselves for survival. Further expansion of such domain will surely lead us to view the totality of environment as a dwelling as it stretches unsegmented from city to forest and sea and finally from the earth into outer space. The ever-changing ways of living things such as humans and plants, land topographies or climatic conditions all remind us that nothing in our would stays the same forever. My interest lies in the rich spatial domain in which one may perceive in the course of daily life such changes of nature that are the very heartbeats of the earth.

In this project the focus in on the relationship of border derived from mutual interaction with natural environment that surrounds this site sitting on a hill in site. Instead of gathering up a crowd of spaces within the topography or climate by making use of wall/roof elements, it rather involves a domain generated by screens like clouds that shield sunlight and moonlight. In other words this infinitely expansive totality with no boundaries bases itself on the principles of architecture while it generates a certain domain within topological and climatic conditions. While wisps of clouds overlap in layers, exposure and depth of light penetrating through mountain peaks into the valley define the atmospheric void as a domain for a place of living.

These screens that flow from east to west not only work as eaves that shield direct sunlight during summer but also serve as constituents along with subtle light tones, sway in the wind, atmospheric condition, nature’s sounds and scents and physical sense of distance that highlight the diversity of spatial domains through the seasons. The state of the spot generated by screens becomes the place of living that paraphrases the topography through various actions, rather than being a space specialized in particular functions. The architecture is like a village as it breaks free from borders defined by natural relationship , and is also like a mountain ridge with its layers of mountain peaks. With an ever transforming outline, it will continue to blur into the landscape. 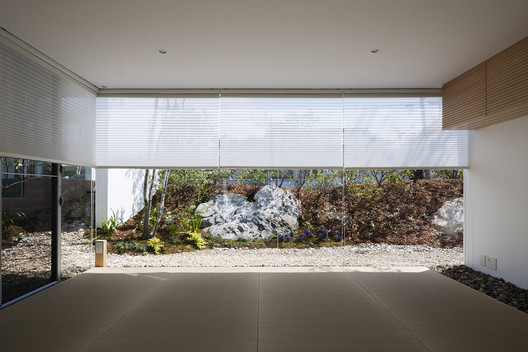