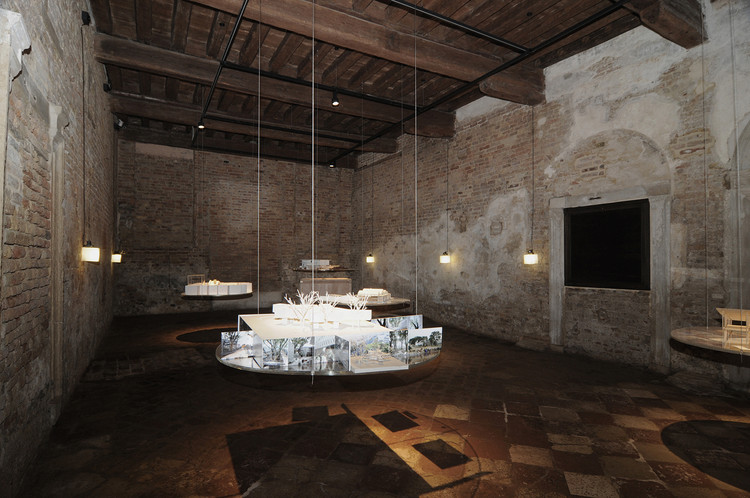 Text description provided by the architects. EMGdotArt Foundation in Venice is located on the ground floor of Palazzo Zen, a historical building from 1537, situated along a typical canal of the Italian lagoon city. Dealing with renovation and (re-) adaptation, the 390m² space has been converted into an art gallery featuring rooms for exhibitions, conference and meetings, including a workspace for EMGdotART Foundation.

The load-bearing thick walls- the “fundamentals” of the project - define the three main spaces that are programmed for the aforementioned public and private activities. How to restore and include the scattered historical elements present on the site? Such as an original ancient XVI-century Venetian floor, the old XVI-century ceiling decorations, Palazzo Zen’s old doors, different kind of floors and the renovated façade - this proved to be the most interesting design dilemma.

The project links all these spaces and objects through new metal installations - which we call miniature architecture - that connect the multitude of historical building elements comprising the EMG Venice gallery. Designed as a hybrid corridor, the bigger metal installation brings the visitors from the entrance hall to further rooms. Instead of doors, black metal boxes act as an interface between different spatial and tectonic environments, thus making transitions from one time/space to another.

The central exhibition area is stone-floored by a typical white stone coming from Istria (Croatia). This characteristic dense type of impermeable Istrian limestone has been used in the architecture of Venice since its very beginnings. Displaying a historical continuity, the central exhibition area – a contemporary “archaeological” space – shows how local ancient stone is newly organized for the EMGdotART Foundation’s daily work, thus bringing new life to the gallery, building and local stone tradition.

Due to the high tides, the two side-rooms beside the entrance are occasionally flooded for many days throughout the year. This involuntary infiltration of the Venetian canals into Palazzo Zen generates a particular and curious light effect. One of these critical spaces is included as a part of the exhibition as well.

Palazzo Zen is now hosting the collateral exhibition of Venice Biennale 2014, Adaptation – Chinese Architecture and Change, curated by Marino Folin and MovingCities, soon after its completion. The exhibition showcases 11 selected Chinese architects and their independent practice and thinking. “Adaptation focuses on how Chinese architects negotiate shifting constraints imposed by contexts, clients and capital. Their work is apt for change, revealing a new understanding of craft and building cultures, imposed by modern interpretations of traditional spatial concepts, revitalization of industrial heritage, and reactions to remote geographies.”

The spatial design for the exhibition was also conducted by O-office, following the design theme of “memory and floating” in Palazzo Zen. Various forms of exhibited media were showcased in different spaces. A composition wall of printed urban images and building elements is hanged on the masonry wall of the entry hall, symbolizing the complexity of contemporary Chinese cities and architecture. Five circular transparent acrylic tables are hanged in the side hall with medieval marble floor, exhibiting five different architects’ working models and relevant drawing and pictures. This surrealistic scene is supposed to be a metaphor of individual efforts of Chinese architects in the vast urbanization ocean. Other forms of media, such as video and furniture, are also displayed to showcase the diversity of Chinese architects’ experiment and practice.

“In China, the main challenge is to understand the life span of such adaptive projects. Most of our Chinese renovation projects were in the beginning supposed to last more than 5 years and we must compete with time. In contrast, we knew that the EMG gallery-space in Venice would be there forever. So the design goal was focused on how to deal with, and direct this spatial theatre, based on the site’s existing historic layers. At the same time, we want to provide an open design possibility for its future program, exhibitions and interventions. Thus we design, intervene and foresee the future layers of this architecture.” O-office compares the reconversion of Palazzon Zen and their Chinese projects. 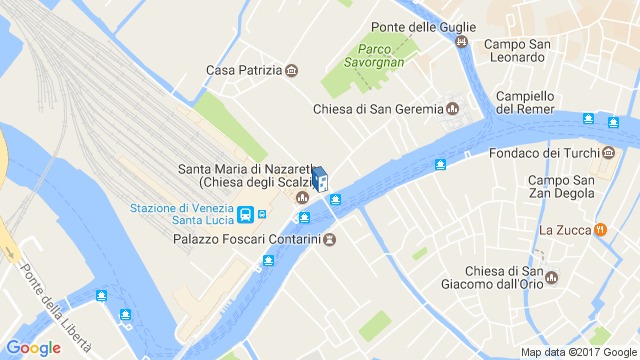 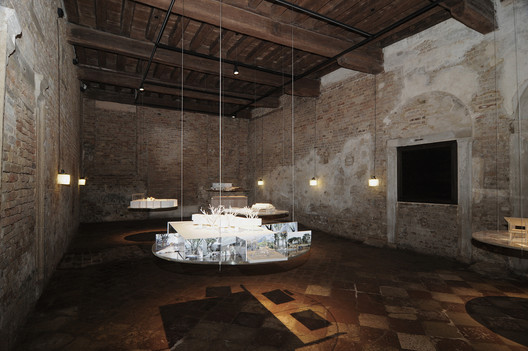