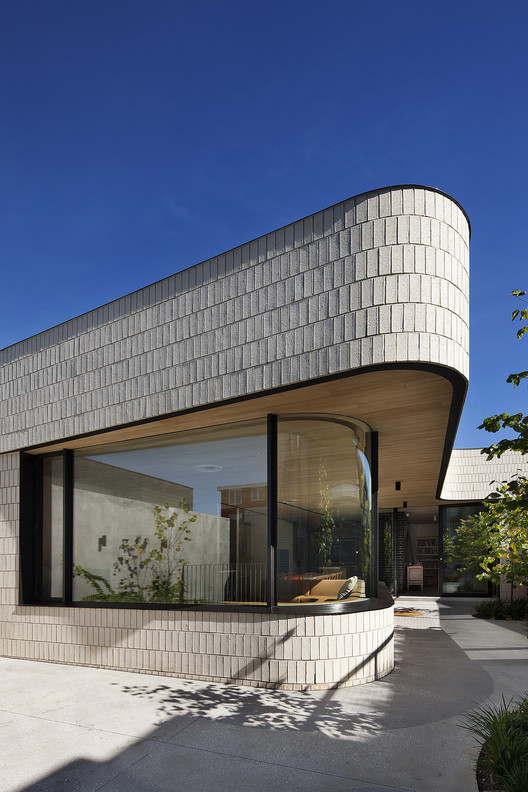 Text description provided by the architects. The Brick House is this architect’s own house, which inherently allowed a loosening of constraints and ability to test ideas about living, a core component of the practice’s work. It also permitted unique collaborations with the builder, Cousins’ husband, and the landscape architect, her uncle Rick Eckersley.

The aim was to retain the original Edwardian façade (typical of the streetscape), to remove a small 1980’s extension, and extend to create a single-storey family home. A separate garage with studio above, at the rear of the site, was also designed, its double-storey height reflecting the change in density at this end of the 9m wide site, where it is surrounded by units and flats.

As the main view from the future house, this studio was conceived as an Aalto–inspired sculptural object to avoid the typical ‘box on top’ look, and also solve the problems of western orientation and overlooking. This solution also encouraged the outdoor space to wrap around the home’s living spaces.
The extension to the main house is pulled back from the northern boundary to provide plenty of natural light and afford garden views. This gesture is expressed through a dramatic, curved glazed wall, which forms a dialogue with the sculptural timber-battened screen of the studio.

The house plan was driven by occupant use and function of space. It is organised to form three distinct zones, with the existing house now a series of bedrooms. The transition along the narrow corridor from old to new is subtly expressed using a shift in materials and quality of light, thanks to the insertion of a linear light well.

A new living zone has been added, separated from the sleeping area by a central services core, comprising a laundry/wet area and pantry. Located behind the kitchen it is proximate to, though visually apart from, a second living zone, which includes a built-in study and small bar concealed behind a sliding, perforated metal screen. Here, outside access is permitted, but the space is saved from becoming a thoroughfare by the configuration of U-shaped built-in seating. Such diversions from the norms of standard house design demonstrate how acutely Cousins considered her family’s needs, now and for the future.

Underpinning that thought-process were sustainable imperatives, and passive solar design was integrated from the conceptual stage. Water tanks, a grey water system and solar hot water system were built-in. External shading, the strategic use of eaves and double-glazing help to control the internal temperature. Furthermore, durable, easily obtained materials were specified, along with low-VOC materials, though the use of paints and sealers was minimised.

A key area of exploration in Cousins’ practice is the innovative use of raw materials and, here, their accepted context was particularly challenged. For example, materials typically used externally, such as face bricks and off-form concrete, have been used internally. Timber-clad ceilings extend as the eave finish, the polished concrete floor continues to the outdoor courtyard, and glazed brickwork walls in the kitchen work in lieu of traditional tiles. 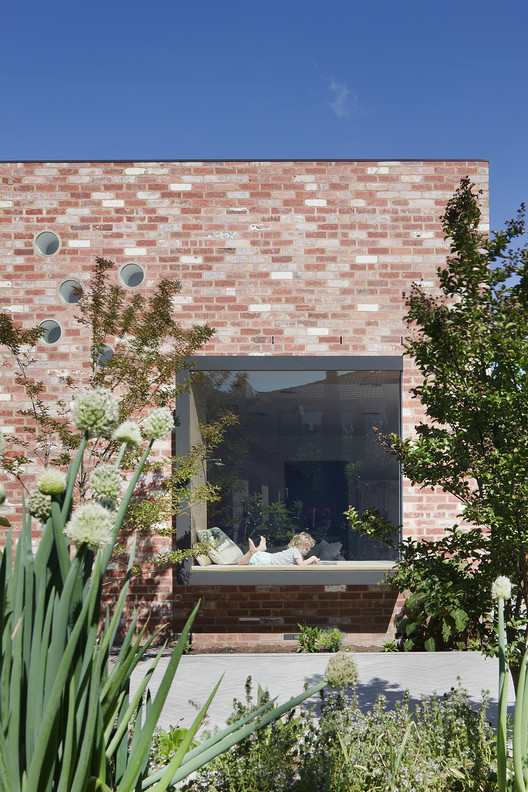