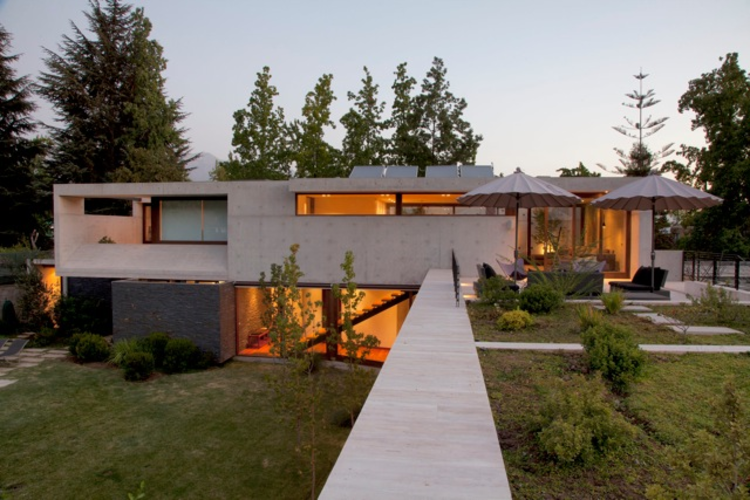 Text description provided by the architects. The area is located in Vitacura's commune, in a residential zone of the 80s where it has begun a renovation of the constructions The order consisted of a modern house for a large family

In the design there was prioritized the need to create spaces that were satisfying the desire of the client to favour the familiar meeting and with friends. A house that in which the children could invite many friends at the same time. From the previous thing, the idea of conquering the area and environment with a plant in the shape of cross, of controlling the privacy of the house towards the street and of generating different spaces of meeting.

The house develops in two floors, with the living and dining room dividing the area in two courts. The first  very opened and transparent floor, where there were staying the most public zones of the house and the second hermetic enough floor from the exterior but that rescues the sights to the hill Manquehue. Besides three big exterior courts, the house possesses 3 interior courts that illuminate and integrate the spaces. 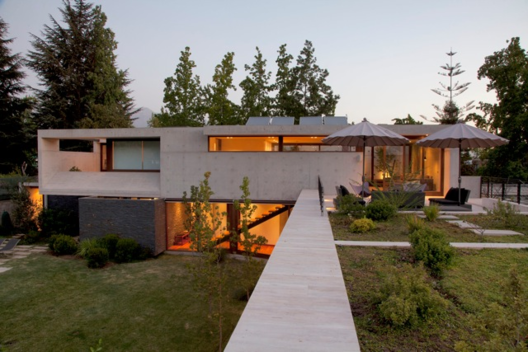