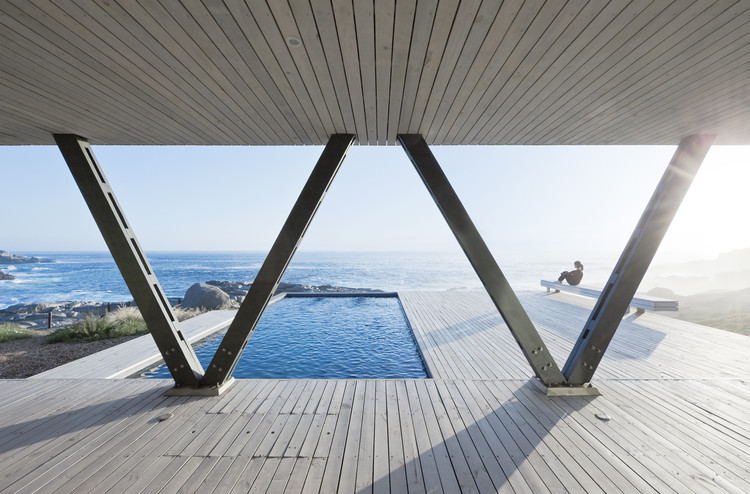 Text description provided by the architects. Rambla House, is a weekend house located along the central coast of Chile, at Zapallar City, about 175 km from Santiago City. The site is next to the coastal pedestrian promenade linking the Zapallar downtown area with the Zapallar Cemetery, with a privileged view of the Pacific Ocean.

The Rambla´s house interior spaces were designed so that there is continuity and a direct connection between indoor spaces and the outdoors spaces, while protecting the main spaces from harsh local coastal climate, characterized by strong south winds and excessive sun exposure from the west.

The barbecue space ceiling opens up with a skylight to vent fumes and to capture the northern light into the interior spaces.

The house is constructed on concrete beams providing ventilation of the structure to prevent that humidity is transmitted into the interior spaces, a common problem in this coastal area. Over the beams timber volumes where built using pine columns in V shape for structuring. All woods were treated with a white colored product for protection from marine influence and increasing brightness and contrast with the surrounding landscape. 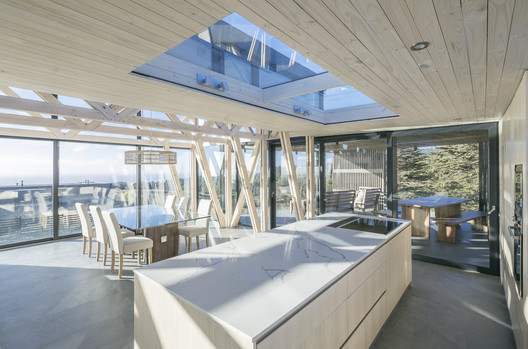