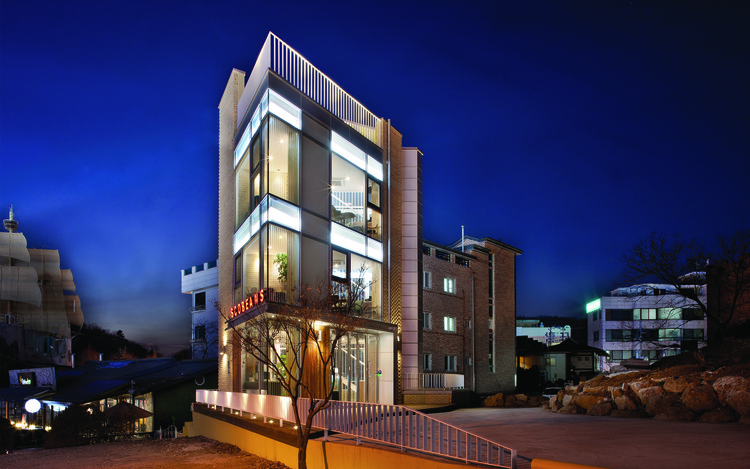 Text description provided by the architects. Could architects turn impossibility into possibility? It was this question iSM had in mind when the client showed the site on his first visit to iSM office. The triangular shape of the site was small and long, let alone, crooked. Site zoning restrictions added the difficulty in the schematic phase.

Zoning allowed 4-story building, however, due to tight setback regulation, building had to move away from the street to reach maximum height of 3-story. As a result, maximum floor area achievable was 24 square meters per floor in triangular shape. Excluding the stairs and toilets, not much area was left for café tables. Turning an impossible architectural situation into a possible business opportunity was not easy.

Stair was the only vertical piece in the café building that had potential to make a public statement. iSM folded steel plates to minimize the visual presence of stairs. Very thin steel rods were elongated to function as a soft veil than just a functional guardrail. Fritting pattern on glass was vertically triangulated in striping pattern. It reduced fear of acrophobia, yet acquired transparency at eye-level. Indirect artificial lighting at spandrel zone was hidden in the sharply folded metal plates to accentuate the steel rods in stairs and vertical fritting in glass. 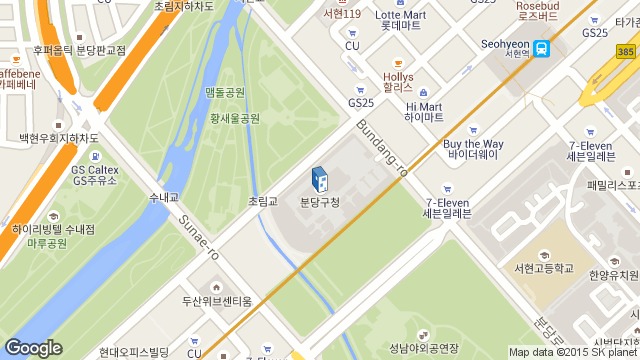