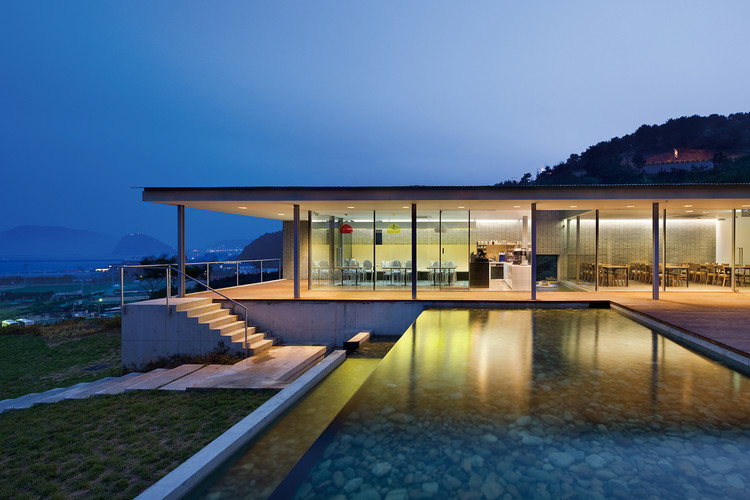 Text description provided by the architects. The Baekwunpo area in Yongho-dong must have been a beautiful place, with a tranquil atmosphere and starry skies until nature gave way to civilization. As the port was filled up and warships came in, the scenic beauty of the landscape gave way to an ordinary urban look, with big apartment complexes and hillside roads in the background. At first glimpse, it seemed impossible to access the building lot due to the cliff created by the roadwork connecting a large road to the navy base. It was critical to figure out how to secure a ramp in a natural way, while overcoming more than 10 meters of difference in height between the artificial road and the building site, and how to create a topography to buffer the artificial retaining wall on the roadside. It was also important to find away to maintain the continuous flow of the existing shape of the mountain in the back of the building site, as well as the beautiful landscape stretched out in front, while minimizing the volume of the mounding.

The solution was simple: It was to make a connection between the road, at the highest point of the building site, and the courtyard, at the lowest point in a zigzag shape, so as to place a structure comfortably nestled in-between. The structure is expected to become a house that calmly hides inside the valley while looking out at the open sea, rather than expose itself beyond the sea lines.

The layout of the house is similar to that of our traditional house. It is a ﾧ shape open to the sea. The center point is emptied out for a timber-covered courtyard surrounded by a single-wing house that is open to the courtyard. The interior walls of the house face the courtyard, while the achromatic cement bricks are piled up in a simple manner to form the exterior walls. The simple exterior is designed in a way not to interfere with the scenic view of the sea, while the interior provides as much comfort as one's own home.

Busan's Baekwunpo and Shinsundae - cut off, divided and dug up from unbound development activities, have lost the charm of the old days. It may not be possible to turn the clock back to the time before the development, but it is hoped that the house will bring back the lingering feeling of the old Baekwunpo. 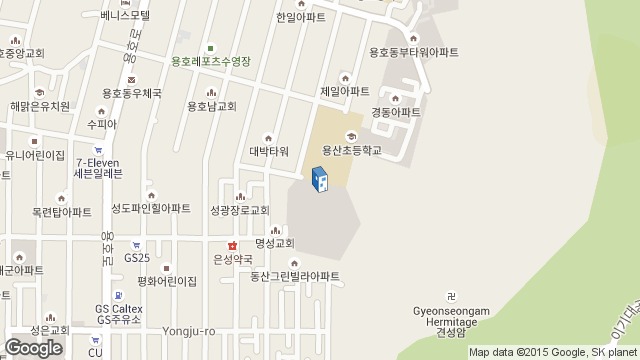 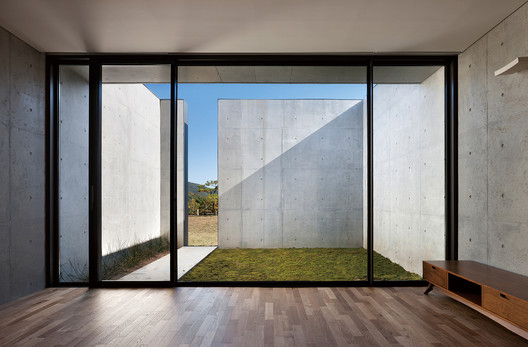