The Russian Pavilion at the 2014 Venice Biennale is selling the most important architectural ideas from Russia. Curators Anton Kalgaev, Brendan Mcgetrick, and Daria Paramonova selected twenty ideas that offer solutions to contemporary architectural issues and designed the pavilion as a commercial fair. It's even got generic furniture and salespeople manning the booths.

They talked to us about their project Fair Enough and why their contribution to the Biennale is a market where Russia's originally socialist ideas are sold as updated "products."

Check out the full curatorial statement, flip through the 160-page pavilion catalog, and see a full gallery of images after the break. 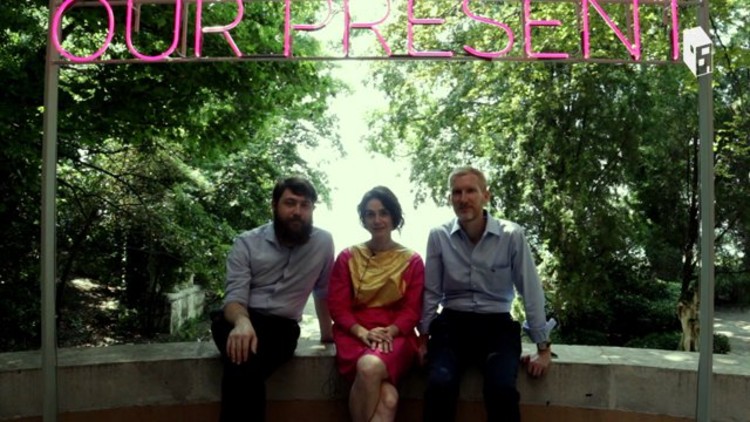 From the Official Catalog of 14th International Architecture Exhibition: Since 1914, Russia has established itself as the world's largest and most radical urban laboratory. Decades of experimentation have produced architectural solutions for almost any demographic need or social ambition. These efforts are undertaken at great cost, and their usefulness is often undersold.

Rather than presenting a linear story of Russia's modernization, Fair Enough applies architectural history to meet contemporary needs. The exhibition takes urban ideas from the past century -- some celebrated, some obscure; some seemingly outdated, some supposed failures—and gives them new purpose. To maximize its utility, each exhibited project is stripped to its conceptual essence. To illustrate their continued relevance, the concepts are updated and applied to challenges now confronting architects around the world. For easiest exchange, Russia's architectural innovations are expressed through the universal language of the international trade fair.

Fair Enough is an expo of ideas. Each exhibit marks a milestone in modernization and leads a path for new efforts. Together, they form a marketplace of urban invention—made in Russia, open to the world.