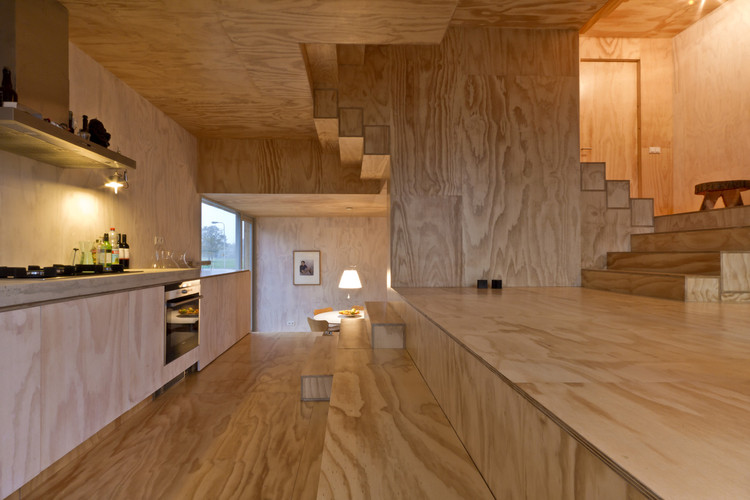 Text description provided by the architects. In 2013 the first Onix climbing house was created in the small town of Almelo (the Netherlands). A house, situated at the edge of a new development area in a town like Almelo and designwise unbothered by any municipal inspectorate interference, not only presents the opportunity to live directly adjacent to its garden: it also makes the idea of literally living at a ‘higher’ level seem quite appealing, which indeed was the case for its future owners Tjeerd Willem and Erna.

Following this concept, Onix has managed to develop a dwelling for them, which indeed offers multi-level living possibilities as the house keeps on spiralling upward through a large number of different floor levels, till it finally ends in a roof terrace.

Each floor level differs a mere 75 cm from the previous one, giving the building an atmosphere of continuous space. In addition, as these differences in height are quite minor, the use of balustrades for safety could luckily be avoided. For now the house incorporates 10 floor levels, allowing the possibility to build even higher in the future though.

The house is completely made of wood. The exterior consists of vertical planks, the interior and walls of multiplex. Tjeerd Willem has chosen to finish the interior walls himself, as well as build a concrete countertop for the kitchen. The interior is actually furnished in one piece: a continuous and complex totality of connected stairs, floors, walls, ceilings and wardrobes.

The design is reminiscent of Adolf Loos’ ‘Raumplan’. The climbing house with its surface area of 7 x 9m is extended to a gross floor area of 10 x 10m, thus integrating the structure in the space and allowing it to become ornament, structure, furniture as well as stairs, all at the same time. 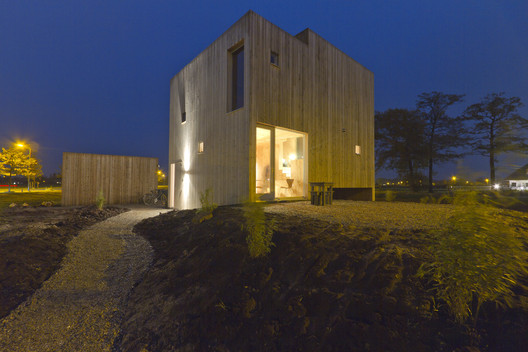 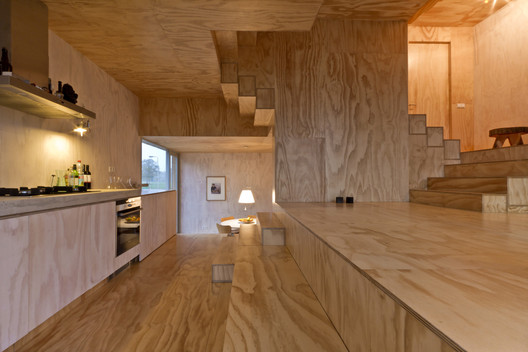