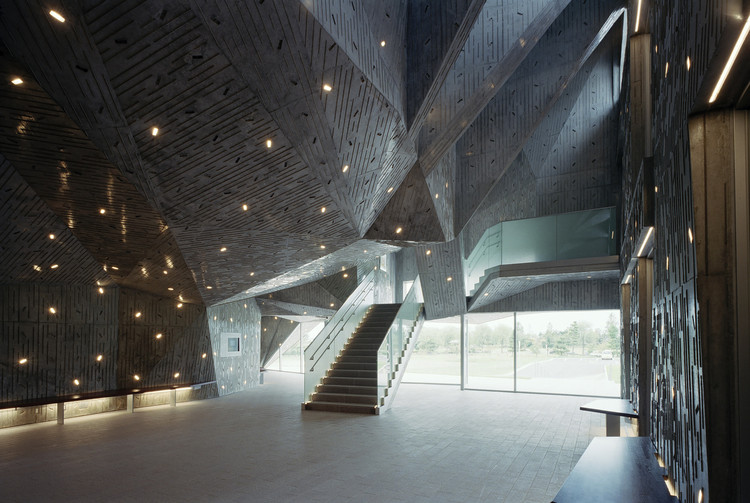 Text description provided by the architects. This is a complex institution composed of Multipurpose Theatre, Library, Local Museum, and Community Center, which maximizes the merit of compounding four different programs. Each of four zones is connected by a circulation corridor named "Cross Street".

Developed in the workshops with local, the spaces were designed based on somesthetic experiences, human scale and usability of the rooms. The structure follows the space, and the uneven elaborate walls distribute the air conditioning and the natural lights. Its concrete structure with fissure functions as a breathing skin to activate the building.

By installing movable sliding walls, separated rooms can be connected as one to maximize the limited spaces. Individual rooms, such as music practice room, are organized as vertically nested structures, and the gap between the nested structure and the sky lights on the roof fills up the Cross Street with the soft light. It is not a consistent, but the inconsistent space.

The structure follows the space, and the wall controls building facilities in step of the wall and using the gap. And also forms the space where light leaks from the interval of the breathing wall. It is not a consistent, but the inconsistent space.

The Hall is a 413-seat multipurpose hall. Inside the hall, multiple, softly curving bands of light make a strong visual impression and delineate the curves of the stepped side wall and the ceiling. The side walls are punctuated at random intervals with 7000 circles that have one of three properties. Each circle adds light, promotes sound diffusion or adds sound absorption. The circles are implemented for both interior design and acoustical objectives. Another feature of the Hall is the configurable depth of the stage.

The alternate configuration gives this otherwise small-scale hall sufficient stage area to host large orchestras. The color palette for the seats' upholstery includes a yellow-green background with shades of brown and orange woven into the fabric. Like a rice ears in the rice fields. 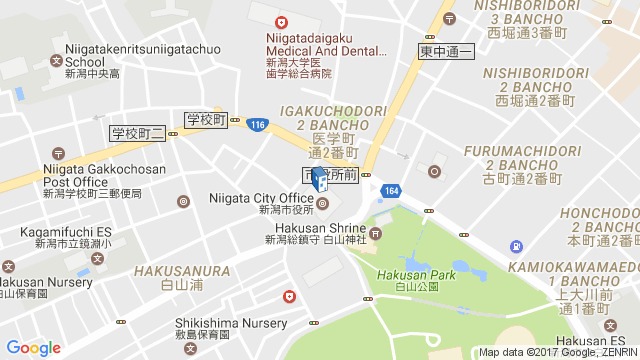