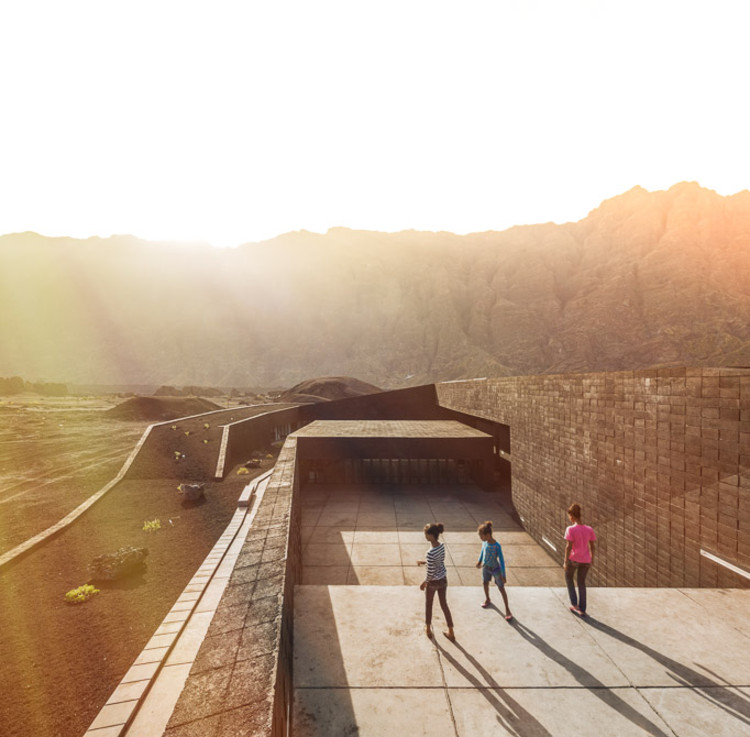 Text description provided by the architects. On Fogo Island at an altitude of 1800 meters, amidst the crater of the volcano, lies a village of about 1200 inhabitants which live on the fringes of legality, occupying State-owned land where agricultural activities are organized and carried out, as a means of subsistence, in one of Cape Verde’s poorest regions.  The status of a protected area of national interest, forced the zoning of farming, with obvious limitations to construction, and introduced rules against the free occupation of the town, generating collisions of interests with frequent clashes.

The outlines for the project, therefore, rise from the need to consolidate the identity of this protected region, providing a basis for the conciliation of the population with the new park management. Spaces for cultural and recreational interplay were thought of as a feasible solution, both for the people of Chã das Caldeiras, as well as for visitors.

The natural landscape, strikingly marked by the volcano and its crater, possesses a unique and rare beauty, aspiring to become a world heritage site. The idea was therefore to achieve a balanced solution, where architecture and landscape become accomplices, complementary to each other.

The mass of the building is constituted of a continuous skin, composed of local black masonry block - a mixture of cement and ashes from the volcano. Ashes are also used to cover the roof and exterior areas, blending nature and construction in a natural symbiosis. During the daytime, the long walls outline the building and blend with the road, suggesting the existence of spaces through an interplay of shadows. At night, bright light is avoided as a means to protect native birds.

To address the in-existence of any previous public utility infrastructure, the building was thought of as a self-sufficient unit. Photovoltaic roof panels absorb sunlight which is then stored in batteries providing necessary power resources for the building. In order to save energy, all ventilation systems are passive. Facade integrated grid systems allow the control of internal temperatures, taking advantage of the building´s thermal inertia, which enables heat accumulation during daytime and natural ventilation during the night.

Water supply was also a challenge. Rainwater is received and directed along the top of the building to a storage tank, from which it can be used both as irrigation and domestic water. Grey waters are recollected, recycled and pumped back into the system.

The building is divided into two main areas: Cultural, composed of an auditorium, an open-air theatre, library, and terrace-caffè. Administrative, which comprises meeting rooms, offices, laboratory, and technical areas. A succession of sloped terrain composes the out-of-door areas, extending from the rooftop to the main patios of the building, where representative plant species of the natural park, are planted, merging it with the surroundings.

With the Headquarter fully operational, Natural Park is increasingly valued, which contributes to enrich the social, cultural and economic sectors of the island, starting to integrate and enhance in a harmonious way the surrounding space. The challenges of shortage of local resources became an opportunity and, therefore, the building was made by the people and for the people, using local materials and techniques. 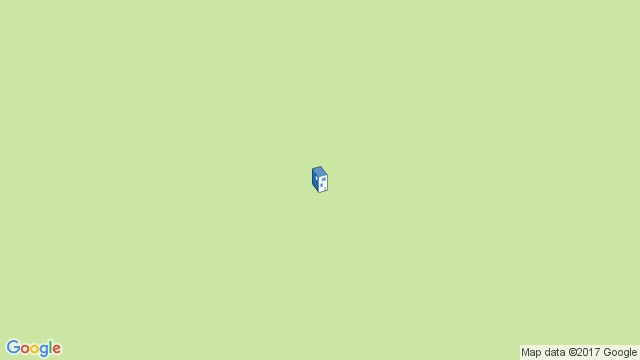 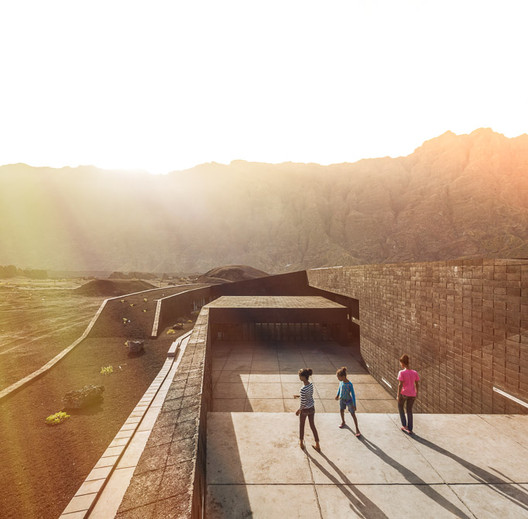