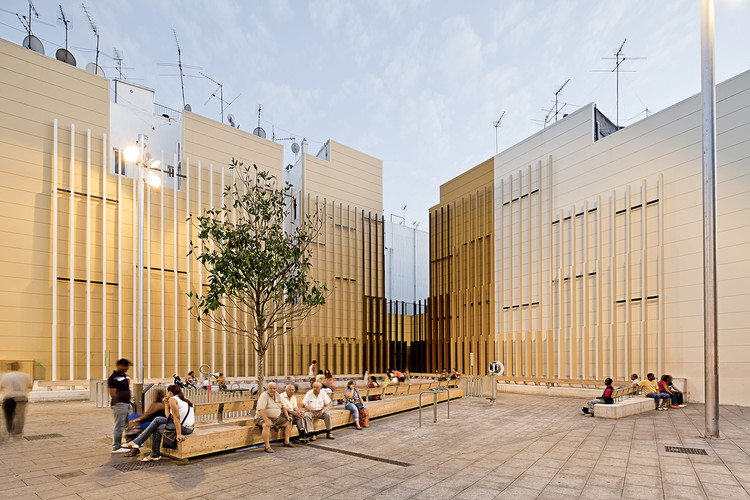 Text description provided by the architects. The aim of this intervention was to enlarge and develop this square in view of the opportunity provided by the demolition of a disused building affected by the Metropolitan General Urban Development Plan. The square was in the shape of a truncated cone with a surface area of 2,200 square metres in a big pedestrian block in the Torrassa neighbourhood, with Carrer del Montseny, which carries vehicle traffic and is the neighbourhood’s main artery, forming the upper boundary. In the middle of the square there was an irregularly shaped children’s playground that did not fit well and whose paving was in bad condition. Various large items (an ice cream stall, a lottery ticket booth, advertising hoardings, etc.) were dotted about and blocked the narrowest side of the square by Carrer del Montseny.

The inclusion of the newly vacant plot on one of the corners of this street gives the space an L shape, which helps the square improve its relationship with the neighbourhood at its most frequented end. The plan was to take advantage of this by freeing up this point as much as possible through rearranging the existing urban furniture and implementing the new programme.

The new space was to be integrated into the existing square and be recognised as part of it. To this end the strip of prefabricated concrete paving in front of the façades was taken up and the granite slab paving in the centre was extended. The new recreational items have been located, depending on their characteristics and requirements, in two different areas: one, protected, with rubber paving, containing the children’s apparatus; the other, open, with granite paving laid in the same direction as in the rest of the square, but using smaller pieces, containing the adult items. These two areas are separated from each other by a large bench made of laminated wooden beams through which pokes the trunk of a magnolia tree as a singular element. The bench acts as a barrier for the children’s playground and is complemented by stretches of tubular galvanised steel profiles.

It was also necessary to strengthen the two party walls that had been left exposed as a result of the intervention and make them more sightly. A continuous reinforced concrete bench has been placed next to the walls to create a place where people can stop and rest, and effect the transition between the two recreational areas and the walls. This bench is also the foundation for structural steel profiles of different heights and cross-sections painted in gradient colours that give the two party walls a particular rhythm. The colours in the gradient, like those of the rubber, are drawn from the same palette as those of the new rain screens and are the same as those of the main façades of the buildings they belong to. These colours and the same type of tubular fencing were used in refurbishing the existing play area, which has been reshaped so that it fits better, allows people to walk round it more easily and co-exists more comfortably with the terraces of the bars in the square. The existing urban furniture has been rearranged so as to free up space at the entrance to the square from Carrer del Montseny. 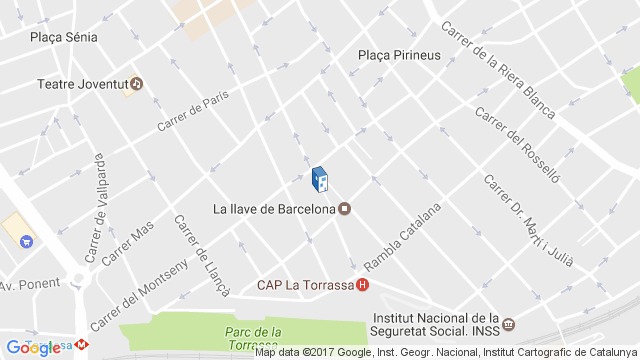 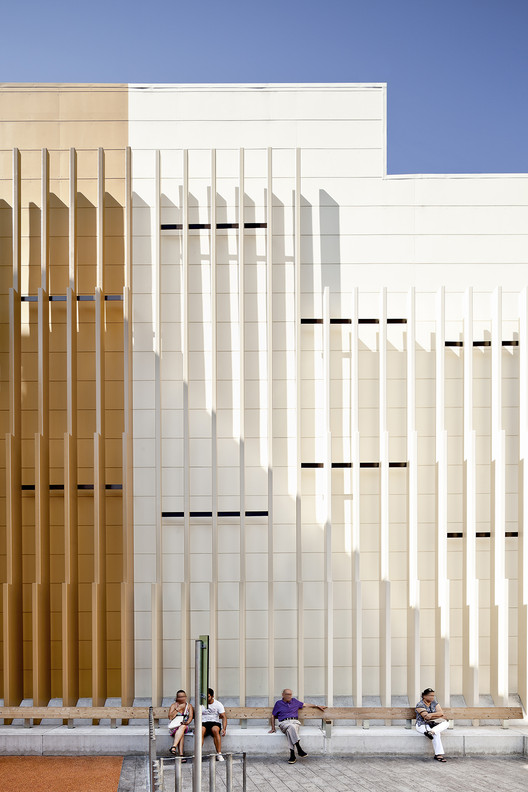