Save
"Lest We Forget" - UAE's Pavilion at the Venice Biennale 2014
Presented by:

From the Curators. Responding to the theme ‘Absorbing Modernity: 1914-2014’ set by the curator of the 14th International Architecture Exhibition, Rem Koolhaas, ‘Lest We Forget: Structures of Memory in the United Arab Emirates,’ presents the seminal findings of a larger initiative to archive the history of architectural and urban development in the UAE over the past century. With a concentrated emphasis on the 1970s-1980s, the exhibition examines how public and residential architecture, built within a rapidly expanding urban context, shaped the newly established federation and prepared the foundation for its emergence on a global stage. 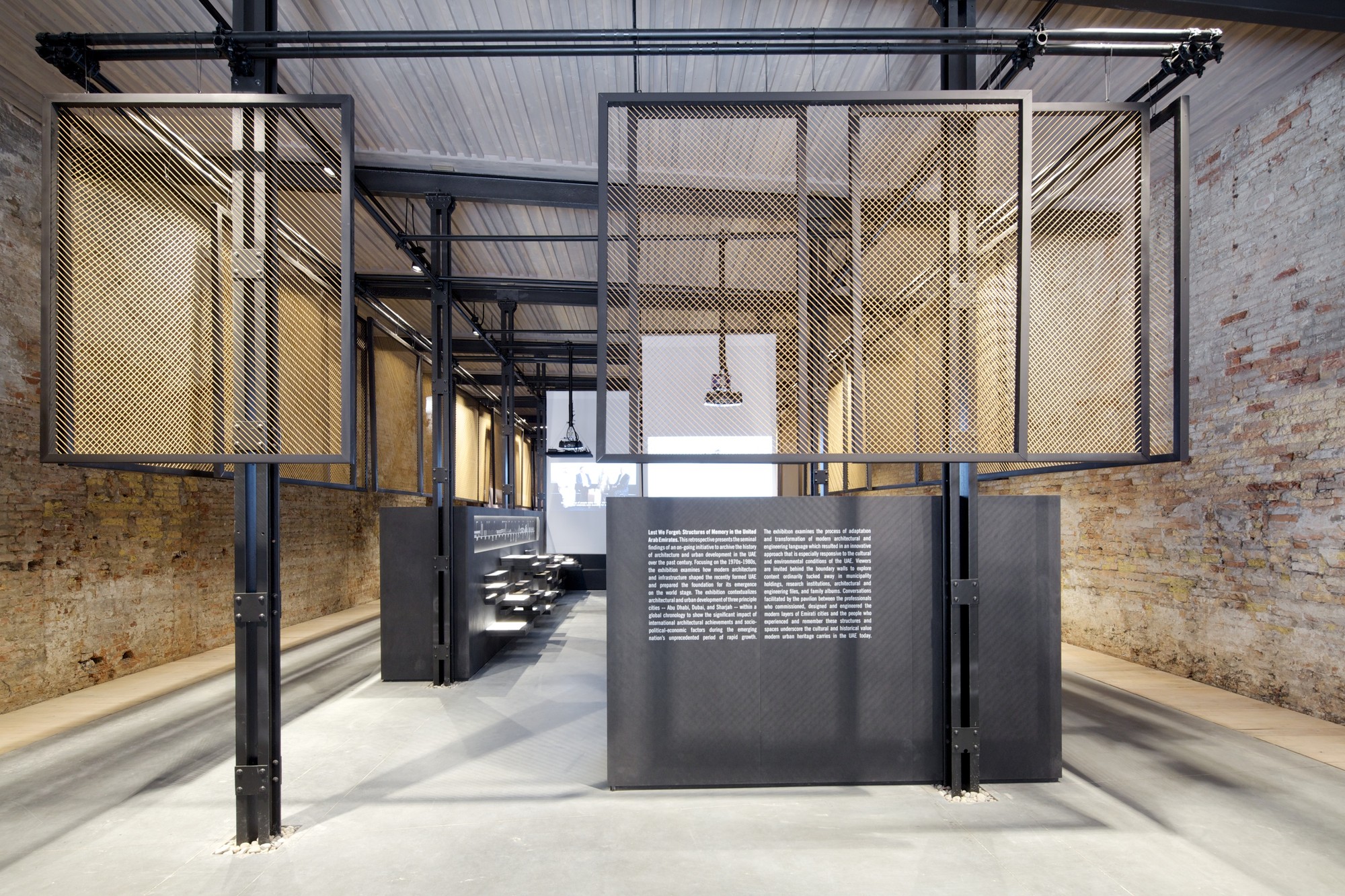 The exhibition is based on the concept of an open archive, providing the viewer a platform to engage with primary material that illuminates the historic development of cities in the UAE and collective memory. Set within a century-long chronology, structured into four distinct historical phases, the exhibition explores the transmission of architectural traditions from indigenous through modern to contemporary architecture.

“I wanted to create an interactive exhibition that encourages exploration and the rewards of discovery through an open archive. I also wanted to open a conversation between architects and urban planners with citizens who experience the built environment of cities in the UAE,” explained Bambling. “Much of the diverse material has been gathered, created for the exhibition or shown to the public for the first time -- content that is typically hidden within in files of architectural and engineering firms, and in municipal and federal archives, in Emirati family photo albums, on travelers’ post cards, and in photographic collections.”

The four periods are as follows:

A third significant element of the exhibition is the info-graphic maps, figure-ground diagrams and a comprehensive timeline. The timeline runs the length of the exhibition and corresponds to the four archival drawer units. The timeline features the significant buildings of the UAE within the context of regional and international political and economic events as well as architectural developments. A map conveys the key architects and engineers who worked in the UAE during the modern era and figure-ground diagrams demonstrate the rapid pace of urban development in the three principle cities of the UAE: Abu Dhabi, Dubai and Sharjah.

This exhibition is the UAE’s debut national pavilion at the International Architecture Exhibition. It is curated by Dr. Michele Bambling in collaboration with the research team of architects Adina Hempel and Marco Sosa and adviser Hanan Sayed Worrell. It is commissioned by the Salama bint Hamdan Al Nahyan Foundation, and supported by the UAE Ministry of Culture, Youth and Community Development.