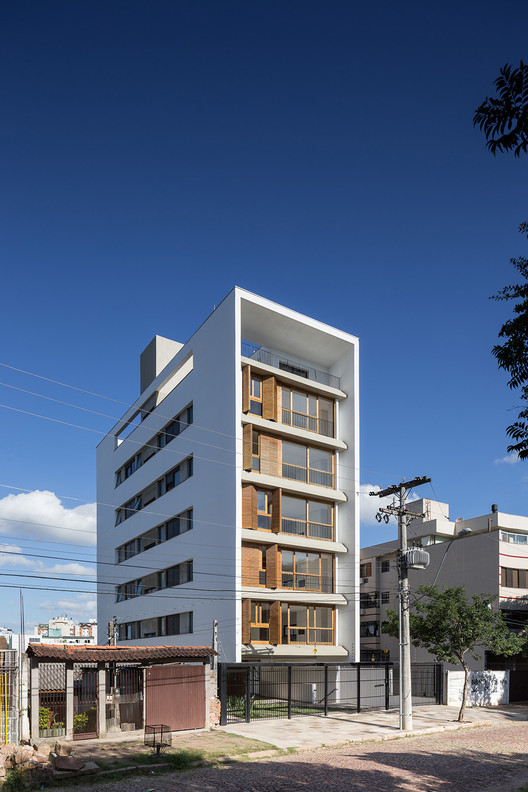 Praça Municipal 47 is an example of the ongoing transformation of the project’s surrounding location: mid-rise residential buildings now occupy the place of old houses and small lots. Organic and irregular shaped roads characterize the residential environment, which is also influenced by height limitations imposed by the city airport.

The project resembles a prismatic volume, involved in a wide solid contouring plate. The natural terrain’s slope accommodates the underground parking, while the ground floor detaches itself from the building creating a semi-covered square. At last, an inviting front garden leads people into the building through a retreated hall.

The internal organization of each apartment considers two main areas: social and intimate. The social area organizes the access, the living room, dining and kitchen all into one single space, framed by a window that goes from floor to ceiling. The opposite wall to the dormitories accommodates the laundry room, barbecue grill and kitchen. Both suites are arranged side by side, and the smaller one shares its bathroom access with the living room.

In the duplex units, the living room on the first floor extends itself onto the yet located dining and kitchen - now situated on the second floor and connected to a rooftop terrace.

The main wooden-framed window enriches the living space, while in the master bedroom next door, wooden-pivoting shutters complete the facade’s design providing daylighting control. This articulation between wooden shutters and fully wide open windows creates a flowing composition, announced by movement in the main facades. 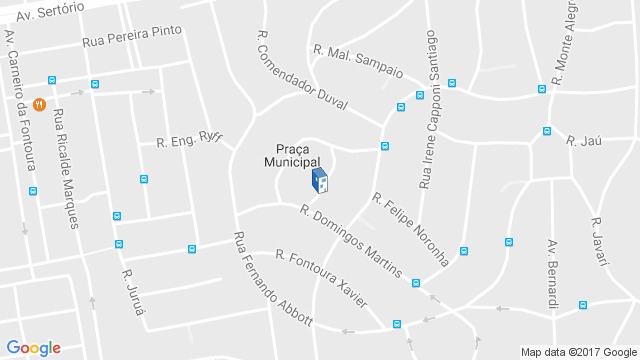