Save
8 Housing in Patin / Benjamin Fleury 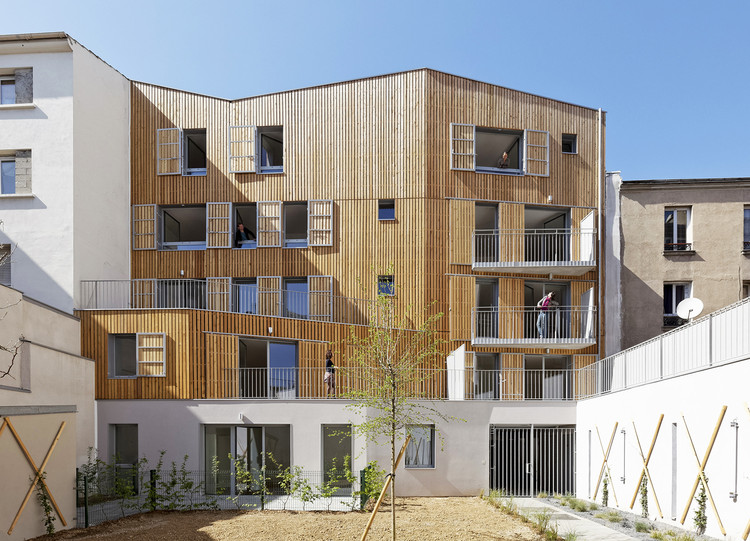 Text description provided by the architects. A fast-changing specific district:

The district of Quatre-Chemins is an old suburb in which lives a disadvantaged population and where is concentrated a degraded housing environment. Situated in a difficult urban area, this district is the object of a vast program of urban renovation which wants to reduce the number of unhealthy housing environment. In this context, “Foncière Logement” produces three diffuses operations that propose big rented apartment for rent for employees with good income, favoring the social mixing inside the district.

The wish to settle in this district a wealthy population must be followed by a specific architectural writing, with a precise, sober and respectful insertion.

To reach that purpose, the facade on street has a contemporary vocabulary proposing different typical themes of historical suburb: the base, the body and the roof.

Contemporary reinterpretation of the base with use of a white varnished brick, stopped on the right adjacent ledge. Access by a hall similar to the neighboring building offers a sight of all the length of the land’s plot.

The body is in plaster and the windows‘proportions that combine double and single openings are the same of the left building. The windows’ frames are similar to those of the opposite building. The three movedf windows as well as the shutters animate the composition and at the same time they underline the contemporary character of the building.

To give a movement to the facade in a sober way, in the style of the “Suprematist Composition - White on White” of Malevich, the elements of locksmitheries, plaster, brick and glass (for the fixed parts), possess all their own declination of white, the dominant color of suburb.

The trapezoid shape of the plot of land which has a strongly acute angle, in combination with a big height of limits, confers to the place a sensation of strangeness that we wish to sublimate rather than suffer from it. To make it happen the necessary plastic moderation of the road’s side is replaced by a play of complexities so as to dramatize this incongruous place:

A play of folds gives a rythm to the various levels of the facade. These folds, by widening or by contracting, create external spaces facing south, for every apartment. This play of volume allows, at the same time, to personalize every apartment. On the left, the base stretches up to the lateral façade and on the right side the body retracts to align itself on the nearby facade. The height line of the building comes to close this theme by articulating three slopes of roof. Furthermore, the use of a covering in larch’s natural wood composed slatted raises the spirit of the garden.

On these slants as well as in the chinks of the slatted covering, the sun hangs on its shadows that sculpture differently the volumes following the slope of its way.

The wooden shutters can be randomly opened by the inhabitants, constantly transforming the composition of the façade. , And when those shutters are closed, they transform the volume into an unusual closed box.

Eventually, the garden will cover ground and walls borders and the place will become like a vegetable cave opened on the sky, protected from the intensity of the city. 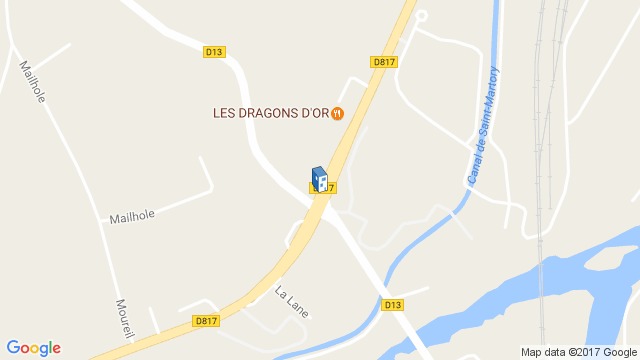