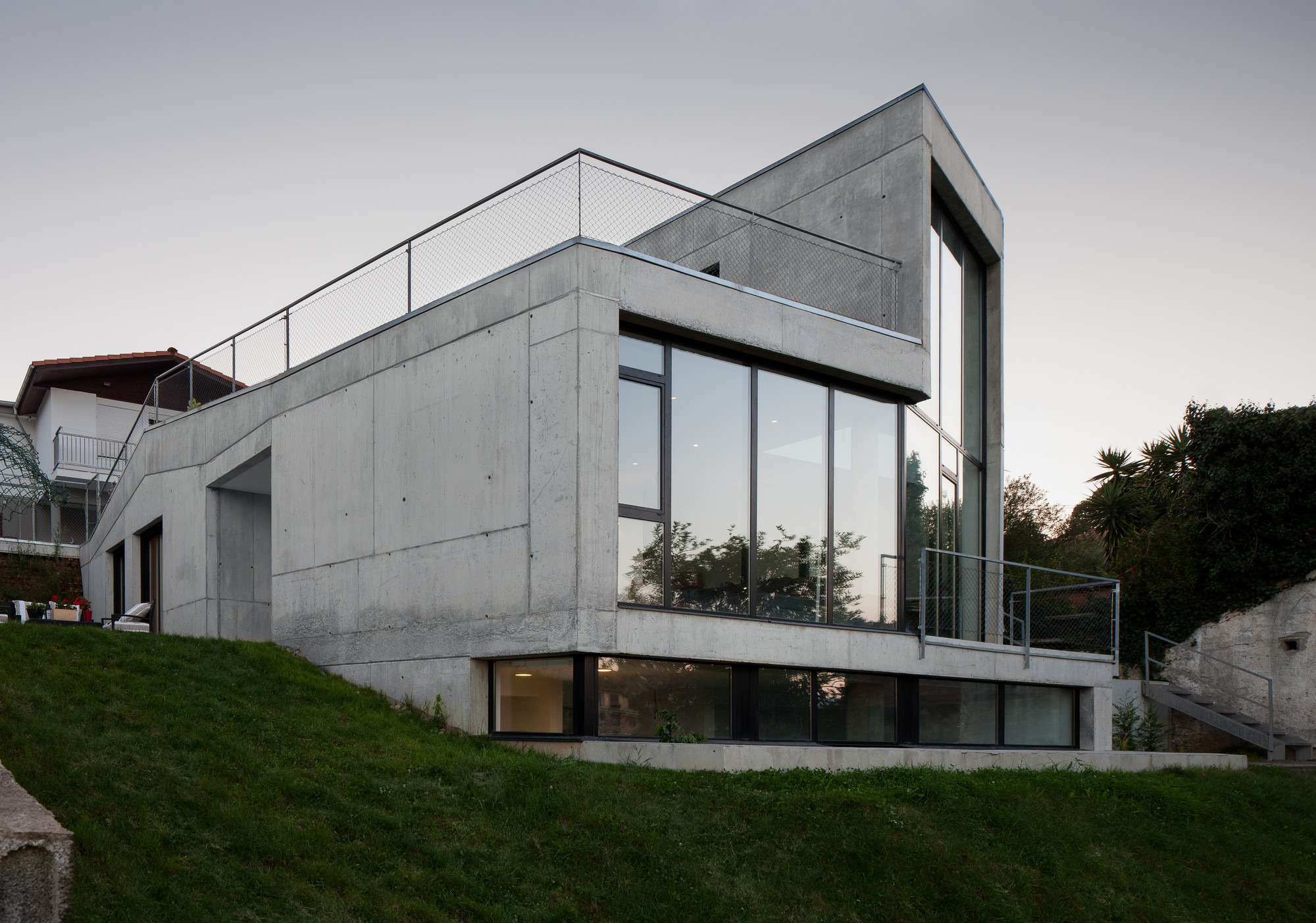 Text description provided by the architects. The project, situated in an urban plot of approximately 1000m2 with a steep slope and with a pre-existing building, consists on inserting a new dwelling. Both houses share common spaces within the same plot, but will be inhabited by two different owners. The current owner has 50 % of the plot and the pre-existing building, and our client is the owner of the other half of the plot and the right to build the new house. Both must agree on the architecture to live together without interference.

The local plan states that the building must meet a two-family residential typology. Strictly this model assumes two houses within a single volume. Accepting this premise means attaching to the existing building, involving the views and the living space.

Considering that both buildings should be understood as a unit for regulatory purposes, the strategy is to link them physically through a series of common elements consisting of a shared courtyard and the upper terraces.

The proposal therefore focuses in the section. It redefines the different levels of the existing housing. The basement becomes ground level and so on. In this way, both buildings are framed within the allowed outline and a unitary piece.

Under these conditions the new building is conceived as a piece adapted to the topography that somehow extends from the existing building, moving towards the end of the lot and descending to a lower level.

The house has a basement, ground floor and first floor. The first floor is materialized in a volume that emerges laterally on the ground of the roof of the existing dwelling. Between both houses there is no material distinction. A gap that distances both houses is created by a fold of the cover and its vegetable treatment, always allowing views over the open space.

The floor of the building is organized around an interior courtyard which allows wide sights of the interior spaces. In this way, the dwelling opens to the outer space, and amplifies its size while maintaining a high degree of privacy. The dining and lounge areas turn, on the other hand, to the landscape.

The architectural proposal negotiates an agreement between the two owners, and between them and the urban legislation, in which the proposal flexibly fits. The resulting architecture is the materialization of this agreement.