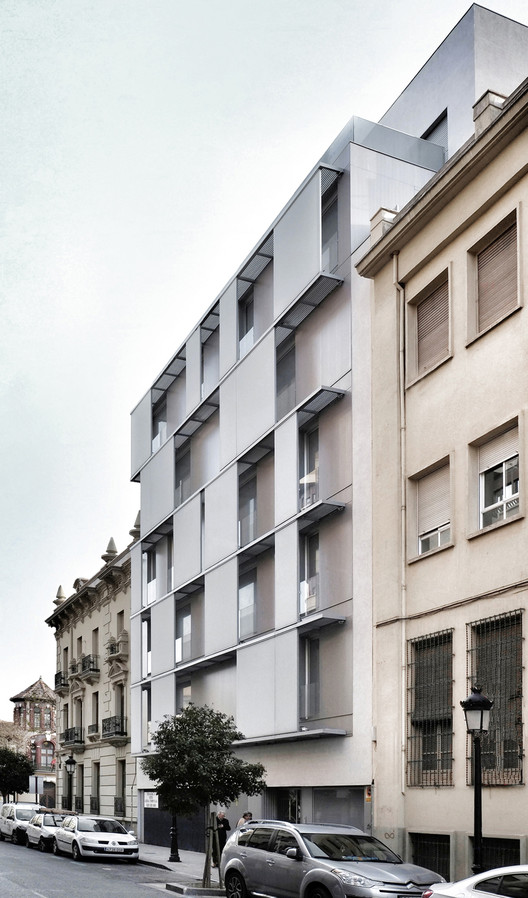 The building occupies an existing emptiness in an irregular urban layout, produced by the demolition, and replacing what the eclectic and continuous city of the early twentieth century was. Its north façade lends to a 16 meter narrow street that ends at the circular square, where the park of 1912 starts. The plot is diving with one of the period buildings that have been conserved, that with its 3 floors contrasts with the 9 floors of the building constructed to the other side of the street in the 80s. On the other hand the current ordinance forces to the construction of 5 floors plus recessed attic, which necessarily originates/involves an exposed dividing wall visible from the square above the historic building.

The project starts off from combining all these opposed situations essentially according to its urban character, clinging firmly in the place, solving the adjustment between dividing walls, recessing the construction in its lateral parts to keep a respectful distance with the adjacent buildings until getting a place, an own physical framework of performance where fitting the built volume inserted into this gap, which allows to propose a self-referential language, compared to the density and significance of the factories that surround it.

The residential program must be resolved between a narrow and gloomy street to the north facing a building of 9 floors and a central courtyard open to the south. The adopted solution corresponds to a type of three-bedroom homes program, based on two longitudinal strips: on the one hand, private domestic spaces with closed rooms and service centers along the dividing walls and in the other hand, common spaces open to the living room, dining room, office and a kitchen next to the entrance hall, which allows maximum space continuity, vision and sunlight, especially in the duplexes and penthouses with specific volume and program.

Inside, the space expands, seeking the necessary continuity between the boundaries of both façades, threaded by a continuous building system based on wood flooring, walls and ceilings of white stucco and a layer of overlapping white lacquered wood panels including the opaque interior carpentry in the private spaces and natural wood panels with large format translucent sliding doors for the eventual partitioning of the common spaces.

The skin that forms the façade to the street has a dual function; on the one hand, it must capture the maximum amount of light considering its orientation and on the other hand, it must preserve the privacy of the interior spaces eventually avoiding the front view from the other side of the street building. To do this, the maximum sliding openings are arranged on the front façade, as large balconies, protected by extra-clear glass and a double exterior façade with cleaning walkways and motorized translucent glass panels, which act as mobile curtains. The distance between both sides allows for a lateral view toward the square when the panels are closed. The façade has already lost the function of mediation between the private sphere of the property and the public space: it’s just a protective filter, through which the light is captured and the intimacy is protected. 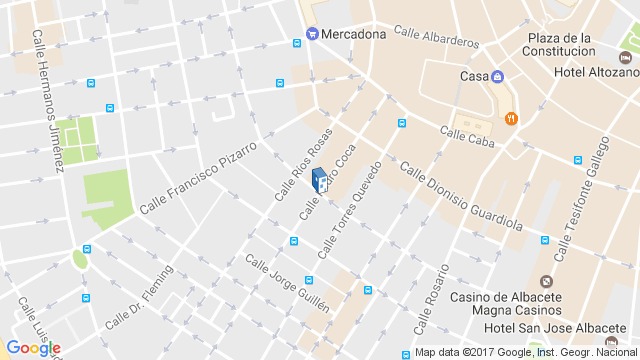