Lebanese design firm GM Architects will be presenting its “Museum of Civilization” at the Time Space Existence exhibition of the 2014 Venice Biennale. The firm will be the only group representing Lebanon at this year’s exhibition. Their museum design addresses the Biennale’s theme of fundamentals by exploring the historical basis of architectural culture in the rich and varied context of their home country.

The museum will be sited in Martyr’s square, Beirut, and take the form of an excavation in the earth. Visitors will enter the excavation on a scaffolding system that is 20 meters by 60 meters in area, with platforms at different levels. Each platform will be an exhibition of a civilization that once encompassed Lebanon, from the Roman Empire to the more recent French occupation.

The floor of the site is an expanse of water, meant to represent the Mediterranean basin, the origin of all of these civilizations. At the opposite end of this water feature is a model of Stanley Kubrick’s monolith from the movie 2001: A Space Odyssey. While the surface of the monolith facing the museum is unblemished and smooth, its back is eroded, representing the inherent architectural uncertainty of the future.

While the design for the “Museum of Civilization” will be discussed at the Venice Biennale, the actual construction of the project remains in question. Museums and other such civil buildings are, in Lebanon, privately funded. Financial negotiations for this particular museum are in progress.

The 2014 Venice Biennale will run from June 7th to November 23rd. For more coverage on Biennale news and exhibitions, click here. 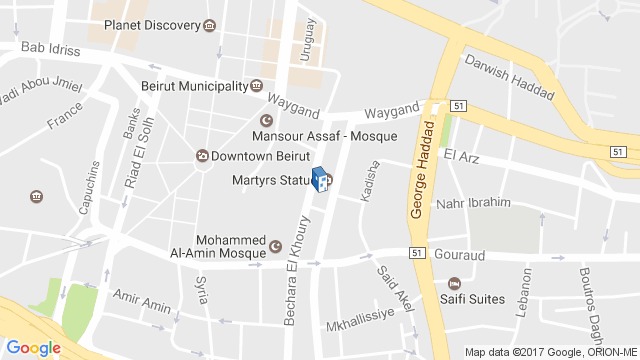