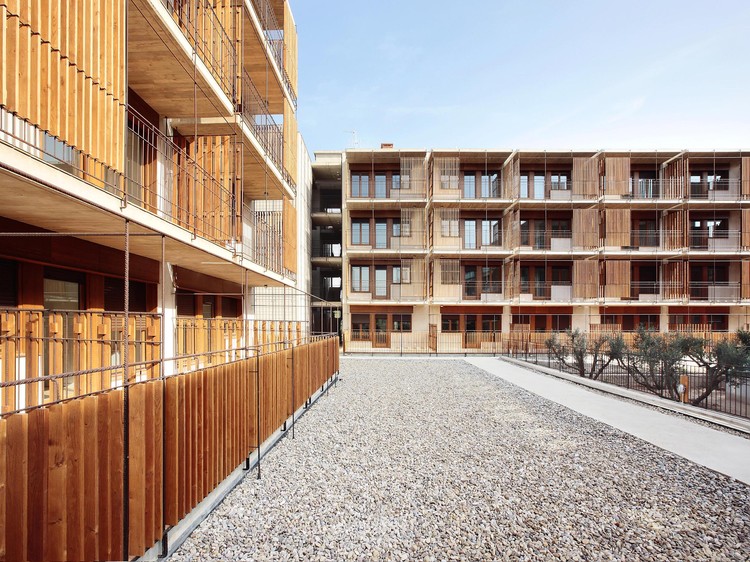 Text description provided by the architects. Salou is a municipality in the Catalan coast of the South of Tarragona. 25 km far from the littoral zone emerges in parallel the Serra de Prades, with hills above 1.000 meters high. When water vapour coming from the sea meets these mountains it is forced to rise, losing temperature and condensing into precipitation. Water descends through the mountains’ steep slopes; it regulates its velocity passing across some valleys and is distributed, once more, into different torrents towards the sea, which cover the fertile plain. Profiting from orography, this periodic cycle has characterized agricultural production of the site. As a consequence, this landscape extends along the territory with the resources it is provided, which it adapts and interprets, by giving sense to that in different scales.

The logic of the agricultural model and its interaction with natural cycles contrasts with the inhibition of urban growth models. From their point of view, territory is a physical space to be established, and the formal result usually responds to an imposed disposition. The competition before the commission asked for a design of 80 social housing apartments located in the extreme North of Salou. Originally thought to be a new urban mesh which stands out on pre-existing agricultural plots, the new place originates from the wide allotments that contain isolated houses, orthogonally arranged.

Planning rules defined two equal blocks in the corner of one of the plots which had to be in contact with the new park. Each one of the blocks occupied an area of 15x52 meters and accomplished favourable solar orientation in the interior portion.

Taking into account the previous premises, which question concepts of porosity and interaction with the environment and opt for a more impermeable territory that permits a quick urban growth, the proposal wonders about the intermediary spaces, the transitions, the threshold… like a bridge or a link to establish continuity and no stagnation, trying to open significantly and conceptually the limits between different realities.

Consequently, the project proposes a pattern with various intervention scales, with a social housing program which develops its relationship proprieties, by building an architecture thought as a support and close to users’ reality.

All four-story buildings contain ten apartments on each floor, so that three of them turn towards the backside and the other seven are aligned with the street. As a result, the block is divided into two parts and it designs the corners and the relationships between interior and external sides of the housing estate.

A faint slope separates the ground floors from the terrain, permitting the entrance of natural light and air in the parking area. In this sloping and honeysuckle covered floor a poplar grove is planted, so that, during the summer, it can provide a shelter from the sun of west while allowing the habitual Mistral wind blows in the region to cool the atmosphere.

At the same time, entries and community spaces are perceived as relationship spaces, intermediate zones between the dwellings and the external space. Therefore, we can conceive the walkway as a transition element, where a corrugated steel mesh responds to the program needs (railings, trellis, balconies, drop by drop irrigation…) with more or less density, allowing vegetable colonisations coupled with poplars in order to refresh some spaces which will be more appreciated for their orientation in the warm seasons.

The budget is optimized by presenting only one type of dwelling, which is articulated around a central space where wet areas and installations are concentred. These dwellings are subsequently divided into two different parts: 1) entry, kitchen, dining room, living room and 2) two bedrooms and bathroom including the washing area.

It is an apartment which takes advantage of two opposite orientations and it outlines a transversal sequence of spaces: walkway, house and terrace that provide versatility and adaptation tied to the use and climatic circumstances. The transition between these spaces contemplates their own condition regarding space, light and temperature. Consequently, we consider the dwelling to be porous and passing, as an element which coordinates the relationship between private and public external spaces. It consists of smaller holes in the walkway which canalize air, light and which control views; a wider opening towards the terrace, consisting of three parts: a step, a bench and a parapet which permit a support of two possible positions of the table. The terrace, which extends the space of the house, provides shadows and transparencies suggesting some passive systems of climatic control.

Finally, the proposal is built with simple, economic and low-maintenance materials and a careful disposition and execution. Materials are shown the way they are and respond to any specific functions, being able to evolve synchronically as time goes by, according to architectural conditions and accepting that life power, the unexpected that becomes habitual, prevails more than any expected planning. 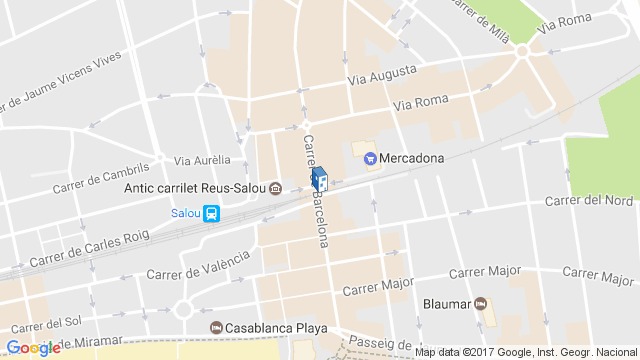 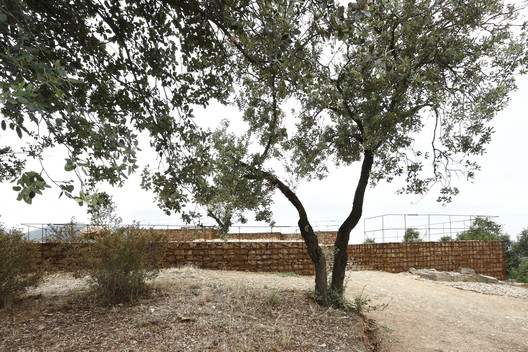