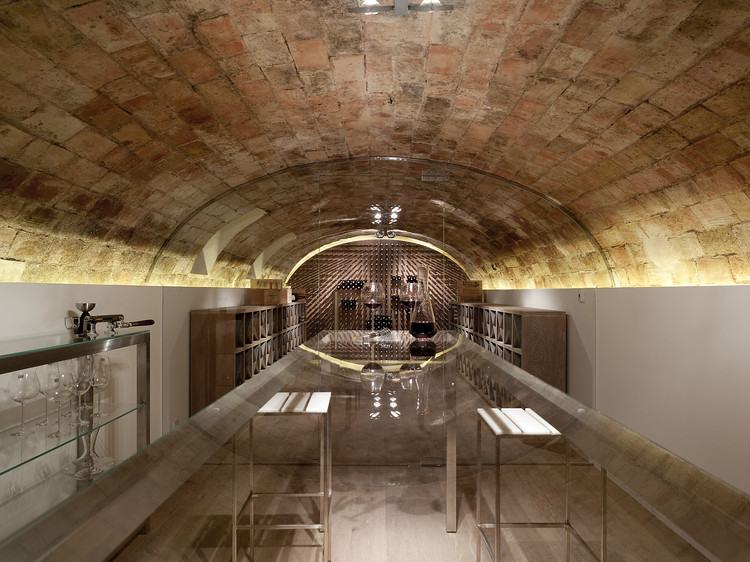 Text description provided by the architects. This old country house is situated on a large hunting preserve of 1,200 acres in the Sierra de Aitana, north of the province of Alicante and just 15 km from sea, and therefore the house retains the Mediterranean flavor, surrounded by pines, oaks, olive and almond trees.

The building takes place at the top, enjoying breathtaking views. Both the existing volumes, and those created are sensitive to the topography, creating a U-shape. The existing buildings have shed the old tiles, exposing natural stone, while new volumes created have been coated with white cement mortar. This makes the new be clearly distinguished from the old.

The main building is facing south and is flanked by two other volumes embracing the large terrace, which serves as a link of the architectural ensemble, in addition to being an outdoor space designed with care and to detail.

Presiding over this space we find a large solitary tree, it brings to the architecture the symbolism of the plant kingdom from its surroundings. It was a fundamental requirement to maintain this native banana, its significant presence acts as a thread between the house and landscape.

The organization of the dwelling is a result of the customer needs, and is grouped into three sections:

The volume located west acts as an entry filter, giving access to the terrace which serves as distributor of the whole. This building accommodates an Arabic barbecue and oven, being the meeting place for lunches and informal dinners around two large tables with seating for 32 diners. The body in the east is intended for service, hosting kitchen, laundry, toilet, pantry and cold storage as well as housing for the landlords. Both bodies are of similar height, and all rooms are linked by glass doors to the outside, establishing a direct relationship with the terrace.

Finally, the main body, facing south, is the larger and develops over three floors including a viewpoint.

The three levels are communicated thanks to a newly built tower, responsible for distributing space in the most orderly manner by stairs and a lift.

The lounge can be found on the ground, this is an open space where the dining room is separated by a wall which houses two sliding doors, allowing the isolation of the latter. The lounge also leads to the cellar, a half buried space covered by a brick vault. All furniture, tasting table, wine racks, etc.. have been expressly designed by the architect himself.

The first floor features 7 rooms, all equipped with their own bathroom and private terrace.

The second floor is devoted exclusively to children's entertainment, a large communal bedroom for nine children, dressing room and a jolly bathroom adapted to the needs of children. It also features a game room of over 150 m2 with a TV, fireplace, billiards, ping-pong, table football and table games.

The surroundings have been landscaped with native trees and shrubs, which mark paths and define spaces. The slopes drawn with vegetation, lead us to a calm pond where ducks swim. 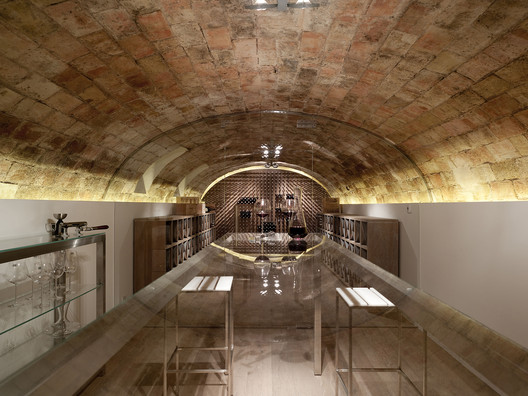