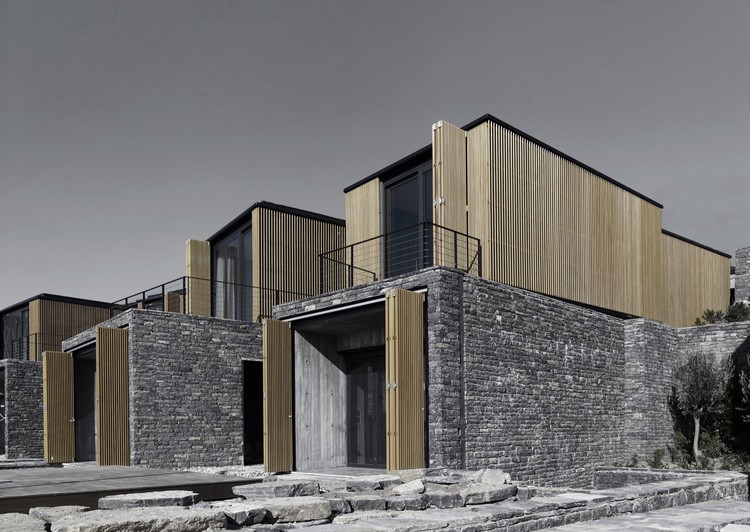 Text description provided by the architects. Along the strip of land between sea and the coastal road from Bodrum to İçmeler, which is amongst the most popular holiday destinations in Turkey, one doesn’t expect to see group of buildings of a large scale. It can be claimed that this strip which is preserved in its natural texture, provides a surprising freshness for the eyes that are accustomed to the density of buildings that exists inside the city of Bodrum.

Vicem Residences are located on a rocky tip on this strip. The tension that arises from the conflict of the virgin quality of the coast and the presumable dense physical pattern that is going to be built on the site emerges as the most crucial driver for the design. In this sense, the settlement scheme can be regarded as an experimentation of mass fragmentation that problematizes the phenomenon of the stereotypical “large single house” which is widely seen at Bodrum, as it displays a concern about topography in three dimensional sense which is developed regarding functional relationships and vistas on the land. In order for the buildings to integrate with the natural texture and even to dissolve into the rocky site, the buildings are designed as fragmented masses and the surface articulation of the parts that sit on ground are kept as a natural as possible.

Thick stone walls provide an efficient isolation and keep the inner space cool in summer and hot in winter. Other masses that are located above them, in other words perch upon them, are designed in a subtle way that they have a light, evanescent existence. Facades of those masses are covered wooden louvers that can be oriented according to sun. The facades of the masses below, which can be opened completely, let the fragments merge and act a whole space. With the help of cross-ventilation, shady courtyards in-between provide a cool breeze in hot summer days.

The arrangement of landscape is considered in a similar conceptual context. Instead of a heavily planted over-green landscape, it is aimed to create a landscape which shares a common genetic with the existing natural landscape of the tip that is rocky with bushes and different surface characters of that rocky texture is considered as an inspiration. 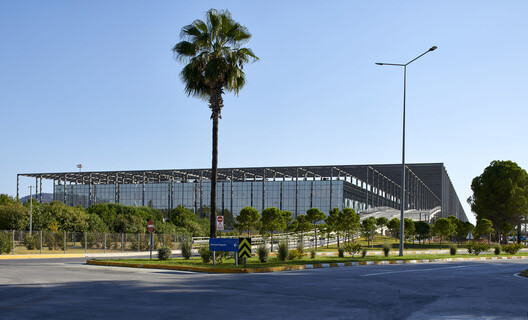