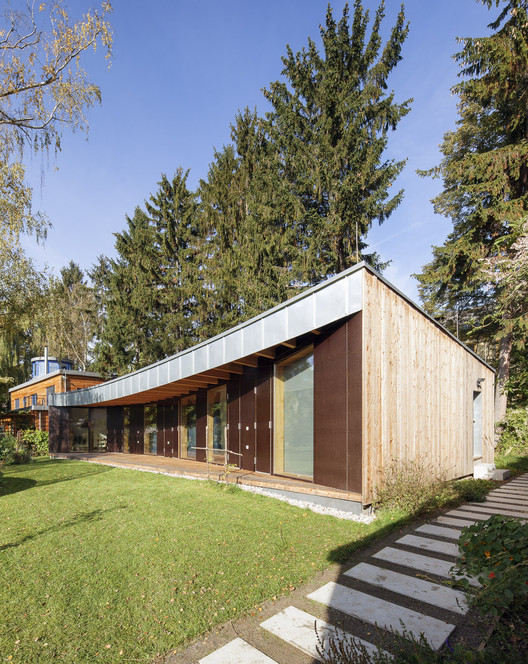 Text description provided by the architects. It is a ground floor object based on rectangular plan. The most visible element of the house is the roof formed by ruled surfaces. Longitudinal edges of the roof are bended curves, which determine the shape. The one in the north facade sag upwards in one third of its length. Curve in southern facade sag down in the middle. The shape of the roof is affected by the function of internal space. The common living areas have a higher ground clearance and a more representative character. In children's bedroom in the middle, the height decreases and the space is more intimate. Generally the height of the rooms grows towards the garden; space opens to sun and green. Funnel shape of the south facade is about absorbing maximum of the garden. Roofed terrace lies in front of bended façade in loggia style it is a part of the house.

The house has a clear and simple internal layout. Connecting the building and the garden is the leitmotif for the design as well as for the disposition. The corridor divides the building to the utilitarian and living area. Utilitarian section is located at the northern facade. Consist of doorway, hall, WC, storage rooms, and utility room. These rooms make a sound barrier for the bedrooms; shield the noise from the nearby railway. Master bedroom, children's room, and main bathroom are located in the south part of the house. The main living room with the kitchen is placed in the south-western part of the building. All rooms along the south facade has openable parts, right to the terrace and the garden. Only one window is also located on the north facade because of cross ventilation of the living area.

The façades of the building are made of larch planks and waterproof plywood on the south side. Surface of the entrance part is made of the titanium-zinc sheets. Roof is green, round rooflights gives the light to the central corridor and middle of the living room; used also for the natural ventilation. 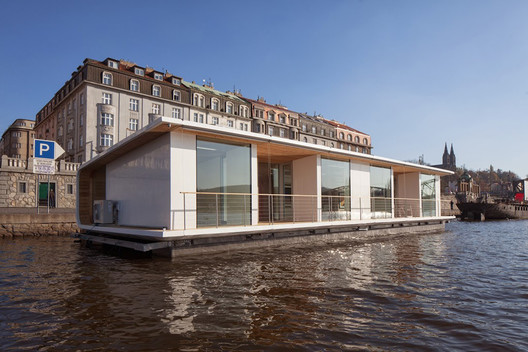 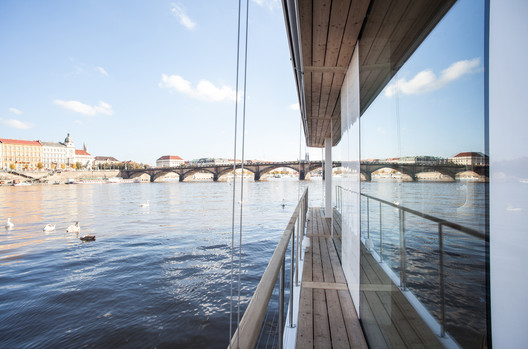