Built in 1940 as Paramount Studio’s commercial offices, this dilapidated yet iconic Art Deco building was extensively redesigned and restored by architects Fox Johnston over a nine year period.

The building was then given an exciting new commercial & creative life by Barton and McCarthy, working with Don Cameron and Fearns Studio.

A super hip and much applauded café, the Golden Age cinema and an intimate bar, a Japanese bike shop, floral designer and gallery space together make one of Sydney’s destination commercial spaces: a compelling combination of architecture and contemporary culture.

This project took a fine but unusable Art Deco building in Sydney’s inner city, extensively restored, reworked and reconfigured it, then ‘returned to the people’ as a vibrant new food, design, architecture, film and arts hub.

Its lower level housed nitrate film storage and distribution services, including extensive film vaults and ventilation flues. It was a good-looking shell, but the spaces inside were cramped, dark and completely unworkable. Various attempts had been made over the years, with little success.

Post redesign, the Paramount Studios building is now at its best – filled with light, life, people, conversation and performance– as was the original.

Over the years, many of these iconic commercial 1930s and 1940s buildings have been removed from public use, to make private apartments and offices. So this project achieves an important objective: it retains the Art Deco form but gives it a range of new potential uses, in keeping with the original purpose for which the building was designed.

Architecturally, we saw this project as more of an exercise in deconstruction than reconstruction. The architectural interventions are in some ways subtle. However, the new architecture is vital as it allows for a whole range of new and flexible uses: it now house a wonderful café, a boutique cinema and bar in the original screening room, a bike shop, a flower design business, and a gallery.

First, we reconfigured the redundant main loading dock into a new entry for the building, creating a large gallery space coupled with a grand new entrance from a side street. We converted the central courtyard into a glass roofed space, flooding the building with light. We lowered the floor and polished it. We kept the old film vaults which now house services for the new building.

All of the elements that were removed are still legible, leaving a clear statement of the original building.

The new work reconnects the building to the street, and opens it up to natural light and air. The removal of heritage fabric is clearly articulated by rough brickwork, and other traces of former uses. High ceilings and a palette of polished concrete, white subway tiles, timber and plaster, all washed with brilliant natural light, define the street level floor.

Below sits the former film screening room, carefully restored and turned into an intimate cinema and bar, evoking the understated glamour of cinema’s Golden Age.

The former Paramount Film Services premises at 80 Commonwealth Street Street Surry Hills was designed by architects Herbert, Wilson and Pyner and constructed in 1940 by H.W Thompson and Co. The building housed the NSW offices on the ground floor with the Australian offices on the first floor and theatrette and projection room on the lower ground floor. The lower level also incorporated nitrate film storage and distribution services, including the film vaults and ventilation flues.

The sympathetic insertion of modern built elements that referenced the building’s heritage was a key consideration in the project design and heritage interpretation was integral to the built work rather than an applied overlay.

The significant form, facades and interior elements were retained and/or interpreted, including significant elements directly associated with the former film office use, such as the former theatrette and projection equipment, and the former film storage vaults and flues. The associated interpretation of the history, former use and significance of the building also enhances opportunities for public understanding of the site in a way which has not been possible since the loss of the original film office use.

We believe the most sustainable approach to any building is to reuse and adapt existing structures, in a way that is flexible and which allows them to adapt to new uses over time.

Our approach to the redesign of the Paramount Studios building is therefore driven by two key considerations: a desire to retain and/or recycle as much of the existing structure and fabric of the building as possible, and secondly, the reduction of energy consumption through good design.

So we opened the side of the building to the street, significantly increasing the flow of fresh air and providing cross ventilation. A massive light well/ skylight floods the central space with light, and large steel framed windows open to the street – both reducing the need for artificial heating and cooling.

All materials on the site - bricks, tiles, flooring – were cleaned and recycled. Recycled and reclaimed materials were used wherever possible in the fit out of the cinema, café and other commercial users, the cinema in particular. 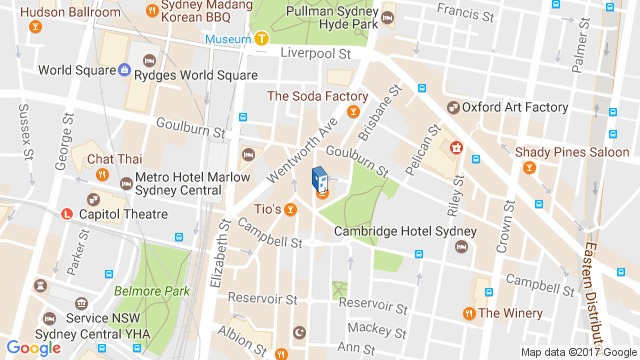 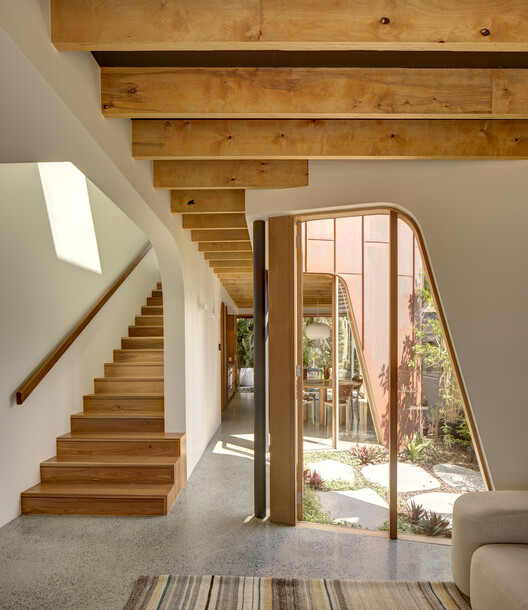