In 2009, the Brazilian government launched the social housing program “Minha Casa, Minha Vida” (“My House, My Life”), which aims to build 3.4 million housing units by the end of 2014. Minha Casa—Nossa Cidade (Ruby Press, 2014), produced by the MAS Urban Design program at the ETH Zurich, examines the project at a critical time and presents ways to improve its design and implementation. Divided into three chapters, the book reviews the history, guidelines, and construction of the “Minha Casa, Minha Vida” program (MCMV) through long-form essays, opinion pieces, interviews, diagrams, and photographic image material. The following excerpt, written by Sandra Becker, proposes an answer to the question of why the program - despite its aims to meet the huge demand for housing for low-income families - has thus far failed to provide the Brazilian people the “quality cities [they] desire.”

From the Publisher. In June 2013, Brazil saw a wave of protests unprecedented in the country's history. Millions of people filled the streets demanding better education, public transportation, and healthcare. While the rage driving the protests was directed at politicians, it is unlikely that the problem can be reduced to the failure of the political system. Instead, shouldn't the protests point out the inequalities caused by the neoliberal policies that dominate the global economy?

In the first quarter of 2009, responding to the global financial crisis that had begun the previous year, the Brazilian government launched an ambitious social housing program to encourage the economy's construction sector. The program, “Minha Casa, Minha Vida,” was initially developed to build one million houses. In September 2011, the program launched its second phase with a goal of providing another 2.4 million housing units. The program aims to confront a historical deficiency in housing, a shortage of approximately 5.8 million dwellings.

“Minha Casa, Minha Vida” is a program that basically gives access to credit, both for future occupants and for developers of social housing. According to studies conducted by the Union of the Civil Construction Industry of the State of Rio de Janeiro, this program was strongly inspired by a few experiences in Mexico and Chile. In those contexts, social housing programs were determined to be the best models to boost housing production for the whole country. Among the elements presented in these projects and incorporated into “Minha Casa, Minha Vida” are high subsidies, the guarantee of funds (in case of default), a central database, and, particularly important in the Brazilian context, tax incentives.

In this sense, the program leaves it up to the private sector to promote social housing. The construction companies are the developers of the program; their contributions are combined with the incentives and guarantees provided by the public sector. However, the projects to date show that the result of the partnership between the State and the private sector in promoting housing for low-income families has certain problems. These are low-quality architecture, inefficient urban integration (unhealthy interstitial areas), lack of adequate infrastructure and amenities (public transport, sanitation, and public facilities), standardization of building types (inappropriate to the family contingent), housing units with a minimum required size, and spatial and social segregation, as the settlements are located on the outskirts of the cities, where land is cheap.

The João Pinheiro Foundation will soon release a report on the new situation in Brazil’s housing deficiency. Even though some of the results will show that the program “Minha Casa, Minha Vida” reduced the country’s housing deficit, they will also demonstrate that public-private partnership for the promotion of social housing has certain inconsistencies, and housing models offered by the market do not effectively serve the segment population whose income consists of up to three times the minimum salary—approximately 90 percent of those without housing in the country.

What is more, in the last five years, the ease of access to credit has caused a large housing boom in Brazil. A lack of regulation in the real-estate market has unleashed speculation, increasing property values in city centers, which has pushed social housing projects to the outskirts of cities. In addition, very few private companies were able to compete in the system—the scale of the projects demanded a high amount of initial capital—inevitably creating a monopoly.

There is no doubt that “Minha Casa, Minha Vida” will improve the statistical results concerning the housing deficit in Brazil. But the program is not only far away from satisfying the demand for housing for low-income families, it is even further away from producing the quality cities people desire.

The current social housing policy, orchestrated by a hybrid governmental system, is failing urban planning. It is difficult to imagine how a model in which two systems operate with conflicting goals could be successful. The State, with its role of serving the collective interests of Brazilians by providing social welfare, is in conflict with the interests of the free-market economy, whose goal is simply to make profits. Nevertheless, the reason for this partnership lies in the State's inability to manage the housing question in the whole country without investment from the private sector. In addition, institutional structures have deficiencies at the level of local governments. Because administrative and economic factors determine the limitations of the implementation of low-cost models, their success depends greatly on state subsidies, which are then mainly used to increase the profitability of the projects for construction companies.

If, in this scenario, the economic agenda is efficiently taken care of by the business sector, which is supported by governmental programs, then who is capable of assuring a social agenda in the country? Which institutions would be able to control the program’s quality and guarantee that its outcome would benefit each city as a whole?

Considering the current protests, the failures of this dual system might point to the possible emergence of a third protagonist. In June, thousands of Brazilians took over the streets to demand better public services, the end to corruption and a more egalitarian society. Could Brazilian society take on the role? Is it possible that the demonstrations will lead to more civic consciousness and to an institutionalization of this third actor?

It is clear that Brazilian society is now awake and ready to make changes. It should harness the collective energy of the people and take action for change. Only through participation and civil engagement at the local level can the conflicts between the welfare state and the neoliberal economy be transformed into a productive alternative model. 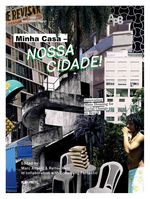